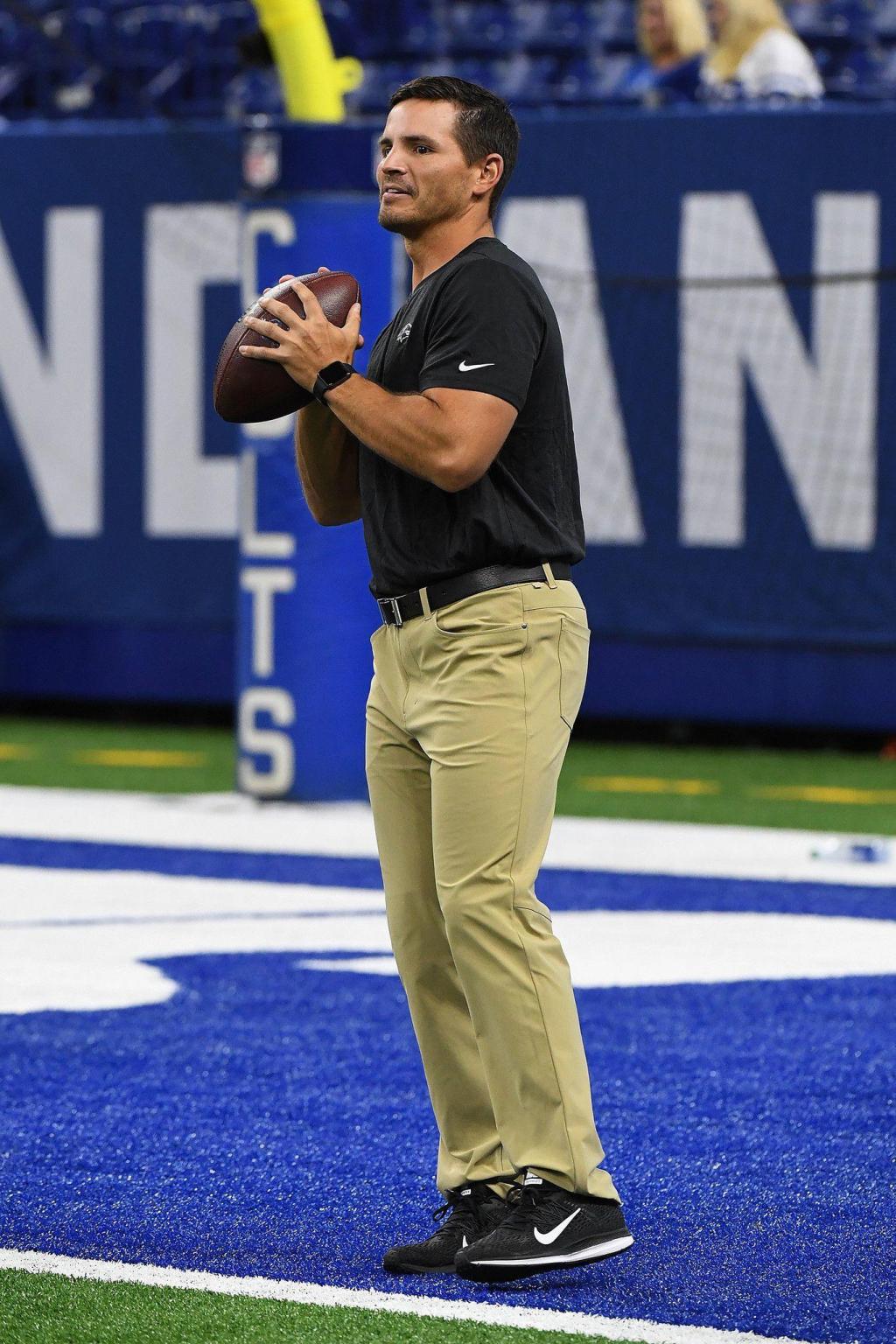 If Mike Macdonald becomes a successful defensive coordinator in the National Football League and he can be retained, he might succeed John Harbaugh as the next Ravens coach.

Macdonald, 34, was named the team’s coordinator late Thursday night in a move that surprised no one. But he certainly fits the profile of a hire by Ravens owner Steve Bisciotti in terms of wanting more of a CEO type than an old, throwback type like a Rex Ryan or a Don “Wink” Martindale.

Maybe almost as important is the owner’s stated belief in continuity. Except for one year as Michigan’s defensive coordinator last season, Macdonald had been with the Ravens in some capacity since 2014.

He would cement the Harbaugh legacy.

That’s not to say Macdonald can’t coach. A year before he arrived at Michigan, the Wolverines were 2-4 and ranked 95th in scoring defense, allowing 34.5 points per game. Under his direction, Michigan was No. 8 in scoring defense, giving up only 17.4 points, and No. 20 in yards (330.9) per game. The Wolverines also won their first Big Ten Conference title since 2004 and played in their first College Football Playoff semifinals.

His credentials are impressive even though it’s always a risk gambling with a first-year coordinator as it is with any top assistant. It’s not like the Ravens will change much. Michigan ran some of the same high pressure, aggressive packages as Martindale, but MacDonald was better at changing up. In crucial situations, Martindale would play “Cover 0” coverage, which quarterbacks like Cleveland’s Baker Mayfield and Cincinnati’s Joe Burrow often talked about and said had become predictable in postgame interviews.

Certainly, the miscommunication and mental errors can’t get any worse for the Ravens, who had the worst pass defense in the NFL last season. Macdonald can improve the pass rush and ideally the Ravens can find a standout performer like Michigan had a year ago in defensive end Aidan Hutchinson, who earned first team All-America honors after producing a career high and single-season school record 14 sacks.

Macdonald has a lot of work to do in Baltimore. He has to find some new, young talent on the defensive line to possibly replace veterans like Calais Campbell and Brandon Williams. It’s the same in the secondary with the future of veterans cornerbacks Tavon Young and Jimmy Smith uncertain.

Macdonald, though, has worked with some of the Ravens previously coaching the defensive backs in 2017 and linebackers from 2018 through 2020.

He’ll get along well with Harbaugh, at least for a few years. Harbaugh likes assistants who are “yes” men. Former Ravens defensive coordinator Dean Pees wasn’t, and neither was Martindale, which is one of the reasons Martindale left Baltimore. Until Macdonald gains experience, Harbaugh will be calling a lot of shots, which is to be expected.

The decision to hire Macdonald was made some time ago. The Ravens went through the interviewing process because they didn’t want to violate the league’s Rooney Rule where they had to interview two external minority candidates for a coordinators position. That’s shameful, but a common practice in the NFL that will never end.

During the process, maybe the Ravens picked up some tips about how Tampa Bay inside linebacker’s coach Mike Caldwell has gotten his guys to play at such a high level.

Overall, the Ravens have handled this situation poorly. The announcement Martindale was being let go came on a Friday night, and then the team released the statement about Macdonald’s hiring about 90 minutes before midnight six days later.

In between, agents and both college and pro assistant coaches were saying John’s brother, Michigan coach Jim Harbaugh, was already screening defensive coordinators and telling them Macdonald was headed to the Ravens.

But they got what they wanted: a promising, young coordinator who Harbaugh sanctioned.

And in four or five years, he might be Harbaugh’s replacement when it’s time for him to leave.