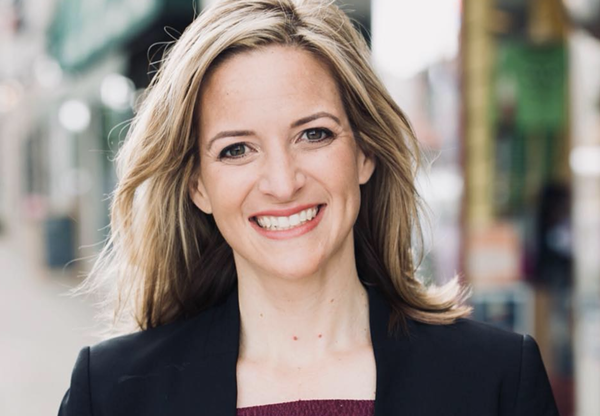 Michigan Secretary of State Jocelyn Benson’s fight to protect democracy in Michigan has earned her a John F. Kennedy Profile in Courage Award.

In the face of grave threats to democracy around the world, the JFK Library Foundation will honor five individuals with the #ProfileInCourage Award.

These honorees have demonstrated acts of extraordinary courage to protect democracy at home and abroad. https://t.co/ut2UNbdkUh pic.twitter.com/GLYBwGkvTD

“There is no more important issue facing our country — and the world — today than the fight for democracy,” Caroline Kennedy, daughter of former President John F. Kennedy and honorary president of the foundation, said in a statement. “The war in Ukraine has shown the world that we can’t take freedom for granted, and the courage of our elected officials in the U.S. reminds us that as citizens we each have a responsibility to protect our democracy and exercise our fundamental right to vote. This year’s honorees put their careers and lives on the line to stand up for democratic principles and the integrity of our elections. Their service and courage inspire us all.”

Since the presidential election in November 2020, Benson has combatted baseless conspiracy theories by Republicans and Trump supporters and resisted GOP efforts to make voting more difficult in Michigan.

“I am deeply moved and grateful for this recognition of our work in Michigan to ensure every voice is heard, every vote is counted, and our democracy prevails against the unprecedented attempts to interfere with our elections and upend the will of the people,” Benson said. “I share this award with every Michigander who is working to protect and defend our democracy in the face of a barrage of lies, hateful rhetoric, and threats, and I hope this emboldens all of us to continue doing that work, even as the challenges intensify in the months and years ahead.”

The John F. Kennedy Library Foundation created the Profile in Courage Award in 1989 to honor the former president’s commitment and contribution to public service.