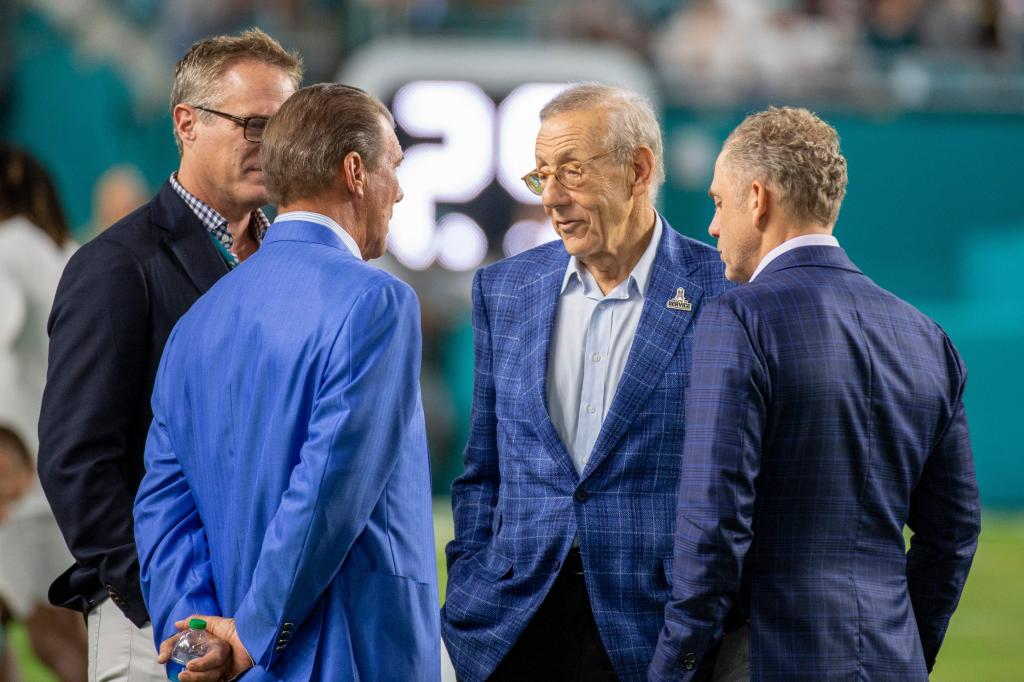 The Dolphins, in short, want to give the keys of the franchise to general manager Chris Grier in a way like never before — and a way he’s never earned or wanted. That’s because they’re convinced they’re close to contending.

I kid you not.

That’s Plan A, anyhow, and it goes like this:

1. Re-define Tua Tagovailoa as The Man now that bad-guy Brian Flores is gone;

2. Keep the old defensive staff, if possible, so this rising defense keeps rising;

3. Invest the dwindling draft value, much of the $70 million in free-agent money and sign a few therapists to heal this broken offense;

4. Hire an offensive coordinator and call him a head coach.

That’s it. That’s Plan A. That was the idea even before Brian Daboll took the New York Giants job on Friday. They were in no hurry to get his second interview done. And why should they be?

The answer: The organization matters, not the coach, in Plan A — or, well, this all dovetails into a contrarian Plan B. This is how Dolphins owner Steve Ross can turn this into a win. It also would explain why the Dolphins are slow-cooking this coaching search.

The whisper is that after Wednesday’s signing day for high school recruits the Michigan coach will be open to talking. Meaning talking to the Dolphins. Meaning they’ve talked in some form. Minnesota has approached Harbaugh already, Pro Football Talk reported. Hmm.

Someone with the Dolphins again recently denied Harbaugh was on the table as emphatically as Ross did weeks ago. But here’s a valid question: If other teams can hire Harbaugh, why shouldn’t the Dolphins? Why should they be penalized because the owner is a Michigan man?

Each might be a good mind, a rising hope. But a head coach in the traditional sense? A lion tamer in the manner any head coach has to be?

Moore is still explaining that last play against San Francisco that ended the Dallas season. He’s never coordinated a playoff win. He did, however, help develop quarterback Dak Prescott and direct a star-studded Cowboys offense to lead the league in scoring this season. Can he bring his receivers with him?

McDaniel’s role in San Francisco is more nebulous. It’s coach Kyle Shanahan’s offense, Shanahan’s team. McDaniel is a behind-the-scene savant, as people describe it. He brings winning ideas. He looks like thick-glasses actor Rick Moranis. He’s good as the guy behind The Guy. Can he be that guy?

All this reverts to the same idea in Plan A: The next coach will be a glorified offensive coordinator — Adam Gase without any say on the quarterback or hiring his staff. That’s because the organization of Ross, Grier and team president Tom Garfinkel has done such a bang-up job they’re close to contending.

Again: This is what they’re thinking.

It’s not clear who Tua is other than the guy they’re doubling down on. That’s in part because they’ve short-changed Tua (or only Flores did if you follow the bread crumbs).

It’s also because there’s no good option this offseason. And, no, troubled Houston quarterback Deshaun Watson isn’t a good option. Bottom-line: Necessity is the mother of doubling down on Tua.

Next issue: Does defensive coordinator Josh Boyer and his staff stay in place? And is this defense on a contending course if it does? And why would any prospective coach worth his bones take a job where the staff is already set?

There’s a perilous question within that question, of course: Without Flores, who oversaw the defense more than he wanted to let on, is this the same good defense of the last half of this season?

Beyond Tua and the defensive staff, the new coach has to buy into Grier, too. Really buy into him. So do you in following this team.

Sixty percent of any GM’s job is getting the right quarterback. Grier passed on Josh Allen, Lamar Jackson, Justin Herbert, to name a few. He spent a second-round pick trading for Josh Rosen. Enough said?

For 13 years under Ross, the Dolphins keep inventing new ways to run an organization. The tank-for-tomorrow concept was the latest. They thought it was inspired. It proved incompetent. They’re back in the same place.

Now they’re taking their time and looking at offensive coordinators to slot into the team they feel is close to contending rather than lead it. Do you feel any tingle of hope? Just a shiver down your spine?

Or are you looking at the horizon, hoping the long-shot Plan B and Harbaugh, explains all of this developing nonsense?