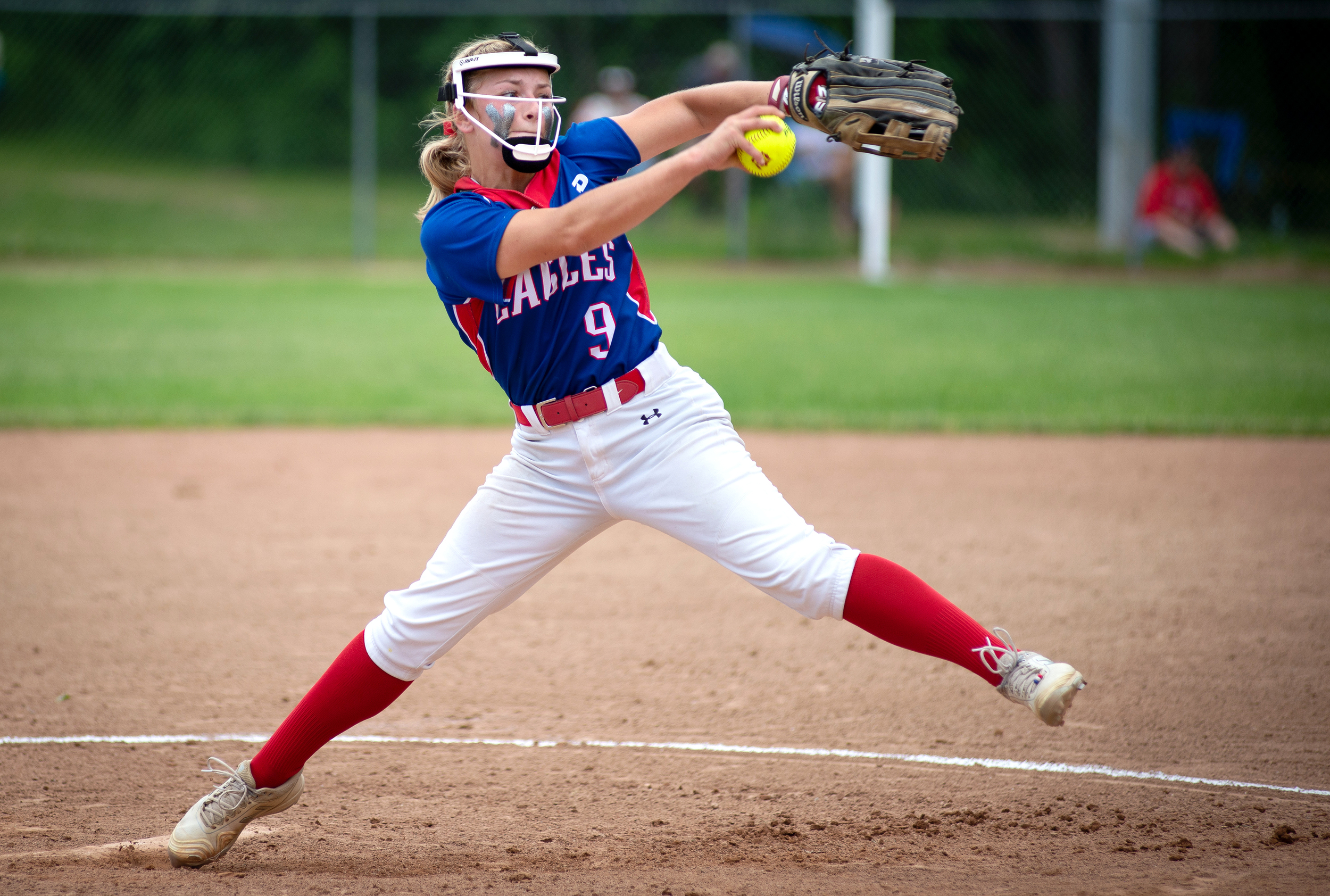 But the Messalonskee High School of Oakland righthander was a giant in the circle on Saturday afternoon, firing a one-hitter and striking out 16 as the ninth-seeded Eagles from Oakland continued their improbable run to the Class A North championship game with a 4-2 win over No. 5 Bangor.

Messalonskee, which went just 5-11 during the regular season, improved to 8-11 with its fifth straight win.

The winning streak came on the heels of a six-game losing skid.

The Rams hit only one ball out of the infield against Wills: Ashley Schultz’s ground ball single between the shortstop and the third baseman that delivered Emmie Streams with a first-inning run.

Wills walked two and threw 106 pitches of which 66 were strikes.

“My curve was definitely working today,” said Wills. “It moved a lot. They couldn’t really touch it. I also threw a couple of fastballs when I needed to get a strike.”

She said it was one of her better performances.

“The playoffs are a different environment. I thrive very well under pressure. I love it,” Wills said.

“She is probably the best pitcher we’ve faced all year,” said Bangor junior catcher and lead-off hitter Streams. “She worked around the zone well and all of her offspeed pitches worked well.

“She was hard to hit,” added Streams.

“She threw hard and had good location,” said Bangor senior pitcher Lane Barron, who turned in an impressive performance in defeat on short rest following Friday night’s 4-0 win over Hampden.

Messalonskee had a day’s rest as it won its quarterfinal game over top seed Brunswick 4-2 on Thursday.

Barron allowed only five hits and just two of the runs off her were earned. She struck out nine and walked two.

“I thought I did pretty well. I threw a lot of dropballs,” said Barron. “I was a little tired but the adrenaline gets you through.”

The Rams tried to play small ball against Wills as they did with some success in the win over Hampden Academy.

But Messalonskee cleanly fielded all five bunts with Wills handling four of them.

“In our last game (vs.Brunswick), they bunted, our first baseman charged, our second baseman covered second and we overthrew the ball,” Wills said. “I told Coach (Samantha Moore) they were going to keep bunting so I asked her if we could keep the first baseman (anchored) at first and I would field everything down the first base line.

“It worked really well,” said Wills, who was very quick pouncing on the bunts.

“They defended the bunt well,” said Bangor coach Maureen Barron. “Our bunts weren’t as effective as they were on Friday night.”

Pivotal plays: Designated hitter Audrey Mihm and left fielder Maddi Wilson came up with clutch two-out, run-producing singles in the second and third innings to stake Messalonkee to a 3-1 lead.

Wilson reached on a two-base error in the second as the left fielder dropped a fly ball and she went to third on a wild pitch before Mihm drove her home with a ground ball base hit off the glove of the third baseman, who ranged far to her left to try to cut the ball off.

In the third, a pair of two-out walks brought Wilson to the plate and she lashed a vicious grounder off the legs of the third baseman to deliver the third run.

“I knew we had some pretty smart base runners out there so if I could beat it out, we would score,” said Wilson.

Takeaway: Softball is all about pitching and timely hitting. Wills was virtually unhittable and also fielded her position very well. And her teammates came up with timely two-out hits to support her.

Bangor shortstop Casey Carter robbed Messalonskee’s Payton Alexander of at least two runs-batted in with a terrific over-the-shoulder catch on her short pop fly into left center in the third and her snare of Alexander’s sharply-hit ground ball in the fifth.