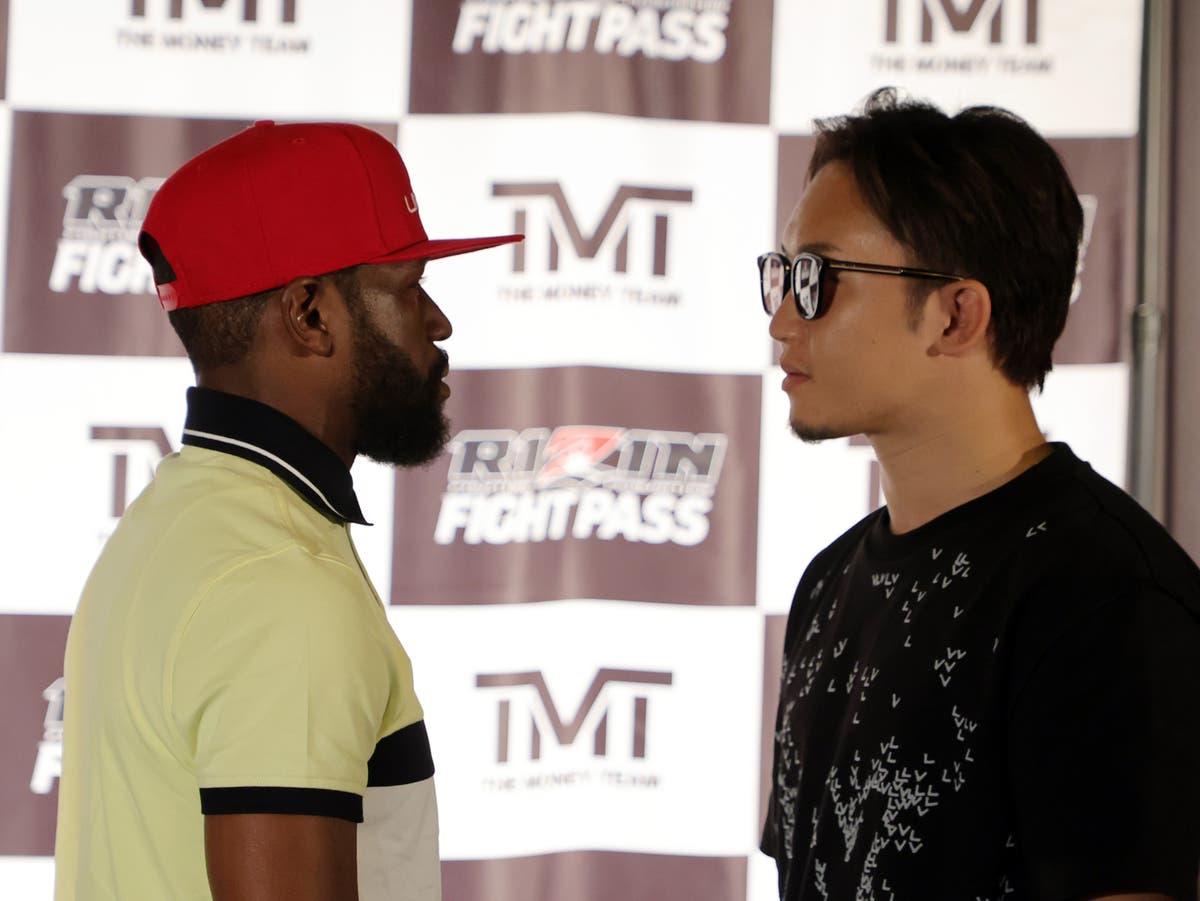 Floyd Mayweather returns to the ring this weekend for an exhibition boxing match with mixed martial artist Mikuru Asakura.

Mayweather retired as a professional boxer in 2017 after stopping former UFC champion Conor McGregor to improve his record to 50-0. Since then the American has fought kickboxing star Tenshin Nasukawa and YouTuber Logan Paul in exhibition bouts, beating the former via TKO and going the distance with the latter.

The former multiple-weight world champion, 45, is now set to face Asakura in the Japanese fighter’s home country, as the pair box one another at the Super Saitama Arena on Saturday (24 September).

Asakura, 30, has a pro MMA record of 16-3 (1 No Contest) and has achieved nine of his wins via knockout or TKO. Saturday’s main event against Mayweather marks Asakura’s boxing debut, and it will take place under the banner of Rizin – the MMA promotion for which Asakura competes in the featherweight division.

Here’s all you need to know about this weekend’s event in Japan.

Mayweather vs Asakura is due to take place on Saturday 24 September, with the main card beginning at 4am BST on Sunday 25 September (8pm PT, 10pm CT, 11pm ET on Saturday).

Timings for the main-event ring walks are as yet unknown.

How can I watch it?

The event will air live on the streaming service Fite.TV in the UK and US.