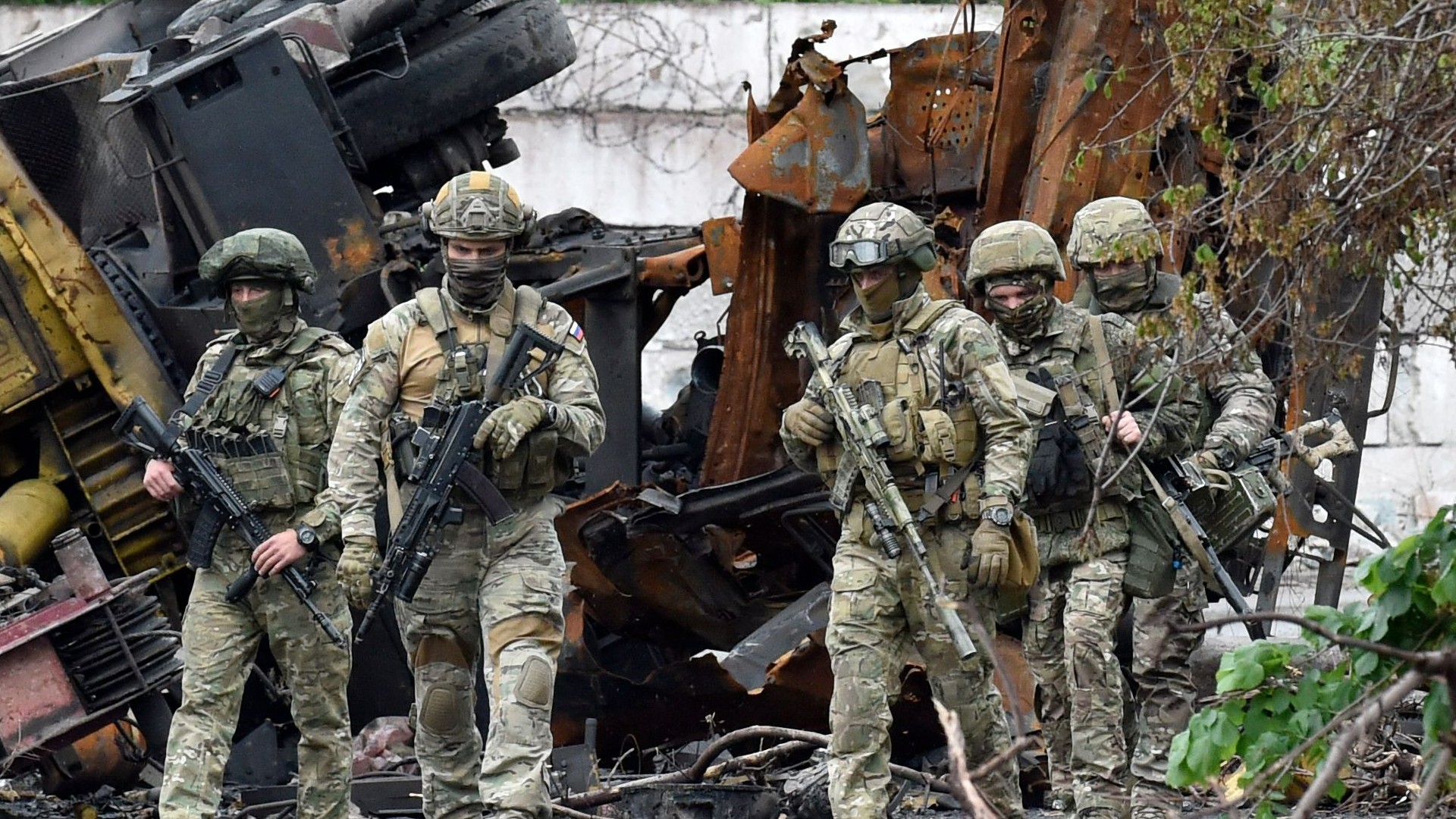 New maps have shown details of Russia’s offensive in Ukraine’s eastern region as the war between the two countries continues.

The U.K. Ministry of Defence posted a new map on Twitter on Tuesday highlighting the areas of fighting across Ukraine.

The map also showed that the area between Zaporizhzhia and Donetsk remains a key battleground, while a vast area between Mykolaiv and Nikopol is also hotly contested.

Maps produced by the Institute for the Study of War and the Critical Threats Project, an American Enterprise Institute project that focusses on understanding threats and tracking global challenges, also highlight that Russia may be changing its strategy in east Ukraine.

Critical Threats said Russia’s main effort was initially to encircle the area between Izium, Donetsk and Luhansk Oblasts, as the map produced by the U.K.s Ministry of Defence showed, but this may be changing.

“Russian forces have likely abandoned efforts to encircle large Ukrainian formations in eastern Ukraine and are instead attempting to secure smaller encirclements and focus on Severodnetsk,” Critical Threats said in its section of Key Takeaways in its May 24 report.

“This change in the Russian approach is enabling gradual advances, but at the cost of abandoning several intended lines of advance and abandoning the Kremlin’s intended deep encirclement of Ukrainian forces in eastern Ukraine.

“Ukrainian forces are likely conducting a controlled withdrawal southwest of Popasna near Bakhmut to protect Ukrainian supply lines against Russian offensives in the southeast of Bakhmut.”

The report also highlighted other incidents of note on May 24 in Ukraine.

“Russian occupation authorities in Mariupol announced that they will hold war crimes trials against Ukrainian soldiers in Mariupol in a likely effort to strengthen judicial control of the city and support false Kremlin narratives of Ukrainian crimes.

“Russian forces are attempting to retake Ternova in northern Kharkiv Oblast and seek to stabilize defensive positions near the Russian border against the Ukrainian counteroffensive.”

Ukraine’s Foreign Affairs Minister Dmytro Kuleba warned of Russia’s offensive in the Donbas region, according to a BBC report.

Kuleba dubbed the offensive “the largest one on European soil since World War II.”

He also called on Ukraine’s allies to speed up the supply of weapons and ammunition to the country. He emphasized the importance of rocket launch systems, long-range artillery and armored personnel carriers.

“[The Russian offensive in the Donbas is a ruthless battle.” said on Twitter, according to the BBC.

Newsweek has contacted the Russian and Ukrainian ministries of defense for comment.