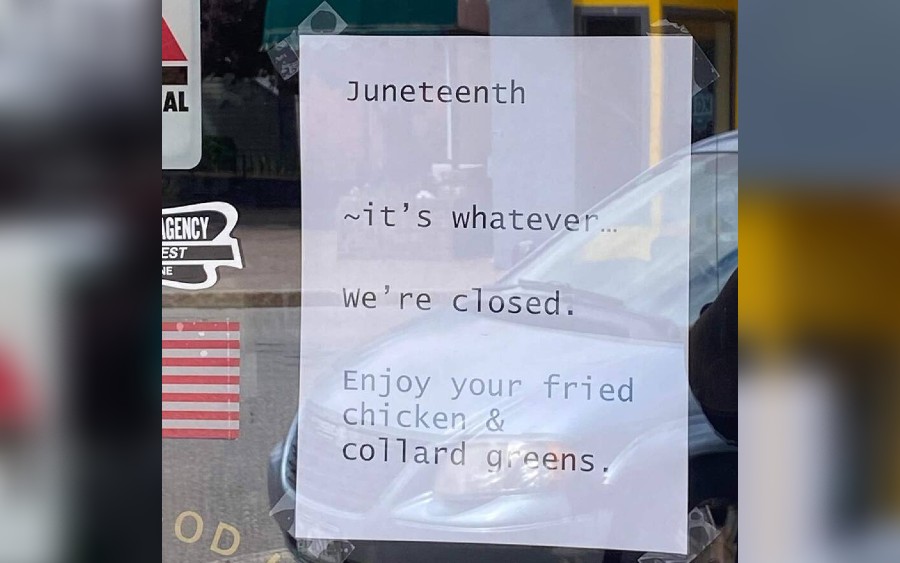 DAMARISCOTTA — A Maine business is drawing national backlash for a racist sign, but a different company three hours away is now bearing the brunt of the outrage.

“I didn’t know what was going on,” Reed said. “I thought business was going good.”

Reed quickly realized something was wrong after a reporter called looking for comment.

“I said, ‘I don’t even know what you’re talking about,” Reed said. “She said, ‘Well you might want to go online, because there’s this post going around on Reddit.’”

Reed Family Insurance Advisors is 150 miles away in Damariscotta.

Ever since the photo went viral, his company has been inundated with furious voicemails, Google reviews and messages.

“We are not affiliated nor associated with it,” Reed said. “It just happens to be the same last name.”

Reed says it runs completely counter to what he believes in.

“We want to treat everyone like family,” Reed said. “We are here for everyone.”

That’s why he’s trying to set the record straight.

The whole ordeal has made him scared for his family and his business, all because of misdirected anger.

“My message to others would be to do your research,” Reed said. “Do your due diligence because there are good people out there that can be ruined by one bad thing.”

CBS13 was unable to reach the Millinocket agency.