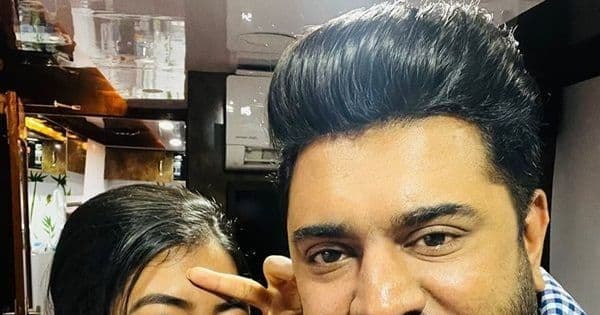 Malayalam actor Nivin Pauly recently had a reunion with his Kanakam Kaamini Kalaham co-star Grace Antony. They posed for a selfie together hinting that the two might be seen again in their upcoming project. As Grace posted the picture on Instagram, Nivin got brutally body-shamed by netizens for his visible weight gain. Also Read – Padavettu director Liju Krishna arrested in rape case while filming for Manju Warrier and Nivin Pauly starrer in Kannur

In the picture, Nivin was smiling while sporting a full-grown beard while Grace made a pout coupling it with a wink and victory sign. The two looked great together and left many people excited to see them together. However, there were many people who showered Nivin with vile comments. While some said Nivin was looking like an uncle after becoming chubby, some slammed the actor for not staying in shape despite being an artiste. Also Read – Trending OTT News Today: Jai Bhim Trailer Out, Netflix’s Vincenzo bags two awards, Kim Seon Ho’s agency issues fresh statement and more

This is not the first time Nivin got body-shamed for his appearance. In 2020, Padavettu director Liju Krishna had opened up about Nivin receiving a lot of negative comments for gaining weight. “People greet Nivin and then tell him that he has gained a lot of weight,” Liju Jose had shared an incident from their shoot location. Also Read – Trending South news today: Nagarjuna unknowingly drops a hint about Naga Chaitanya-Samantha Ruth Prabhu marriage, Thalapathy 66 grand launch and more

The director had revealed that Nivin was planning to lose weight for another project but the actor made the sacrifice for his film on his request to gain weight for his role. He said that Nivin has been hearing many such comments from the public adding that it is all part of his hard work and effort for this film.

Padavettu, which stars Nivin Pauly, Shine Tom Chacko, Aditi Balan, Shammi Thilakan, Manoj Omen and Remya Suresh, will arrive in theatres on September 2. The film has been written and directed by Liju Krishna, who makes his directorial debut with this political thriller.