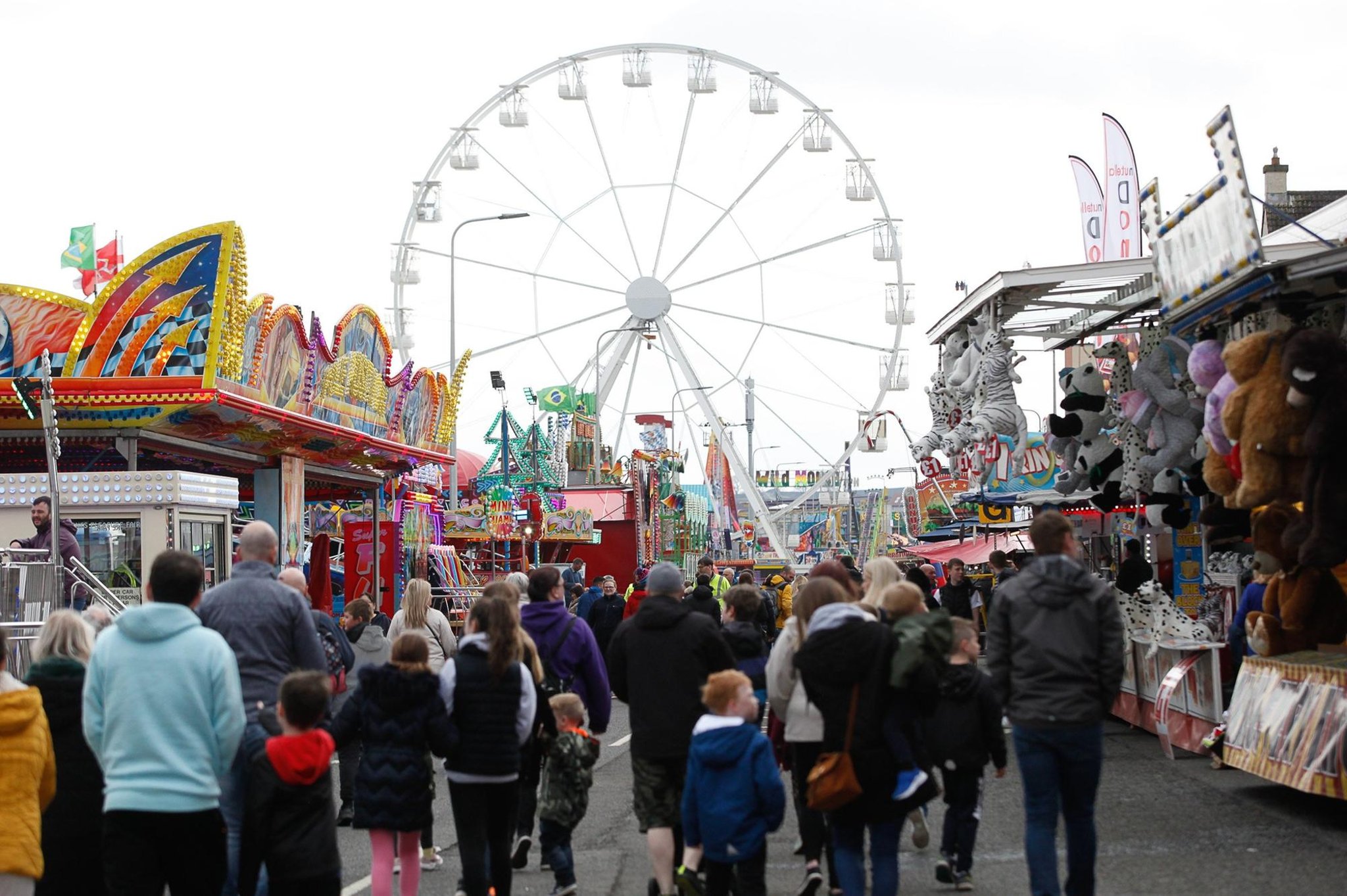 The traditional street fair – the longest in Europe – was back in Kirkcaldy for the first time since 2019 because of the pandemic and lockdown restrictions.

With the market falling on the Easter holiday weekend meant that the fair drew an extra large crowd of people looking to have fun.

Fan favourite rides such as the Giant Wheel, Starflyer, and Atmosphere were back to wow crowds, bringing an array of sights and sounds to the Esplanade.

Running across six days, the shows are hugely popular with all ages.

And, this year, there was only one arrest with Police Scotland quickly dealing with the matter, allowing thousands of visitors to enjoy the myriad of thrilling rides.

Kids having fun on one of the rides at the market.

“We don’t have any official numbers yet for visitors but there were no issues or problems and everyone who came along had a great time.”

He added: “It was fantastic to see the market back in Kirkcaldy after a two year hiatus, and a lot of people’s favourite rides were in attendance.

“There were a few gaps here and there as some operators couldn’t make it up from from England with the price of fuel being so high at the moment but it wasn’t really noticable.

Thousands of people flocked to the market over the weekend.

“The crowds were fantastic and there was a great atmosphere as well as all of the amazing photos, videos, and drone shots people were sharing on social media.

“Now we’re looking forward to the Breakout Festival in May and Burntisland shows this summer.”

A Police Scotland spokesperson said: “Officers were made aware of an assault in the Links Street area of Kirkcaldy around 9.30pm on Friday, April 15. A 15-year-old boy was charged in connection with the incident.”

“There were no other incidents of note from the weekend around the market, with officers commenting that they were very happy with the way it went and the behaviour of those who attended.”

Thank you for reading this article on our free-to-read website. We’re more reliant on your support than ever as the shift in consumer habits brought about by coronavirus impacts our advertisers.