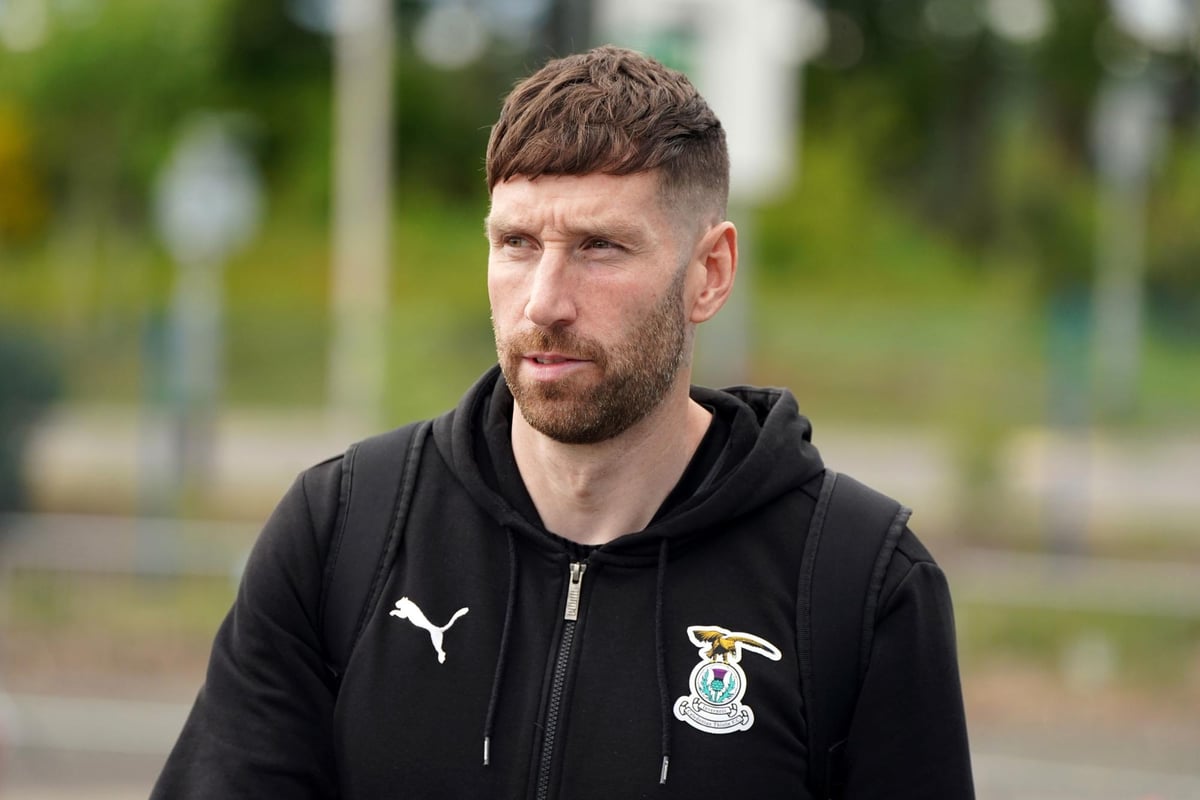 Kirk Broadfoot is likely to move closer to home after a year with Inverness.

The centre-half might have had a decision to make had Billy Dodds’ team reached the top flight against St Johnstone on Monday – as looked distinctly possible at half-time, when the scoreline was still goalless.

However, four second-half strikes extinguished Inverness’ hopes and now Broadfoot in on the lookout for another club nearer to where his family is based in Ayrshire after the expiry of his one-year contract.

Dodds paid tribute to the player after the final whistle on Monday night. He noted the values Broadfoot helped instil at the club.

“You’ve no idea how good a professional he is … the young boys see the things he does, it is unique,” said the manager. “He has brought a lot to the club as a player but also as a person off the park in terms of how he looks after his body.

“That is why he has played in a Uefa Cup final,” he added.

Broadfoot is one of only three members of Rangers’ 2007/8 Uefa Cup final squad still active – and the other two have still to confirm their plans for next season. Steven Davis has returned to the Ibrox club but is now out of contract, while Charlie Adam has just announced his departure from Dundee.

Broadfoot is in “no rush” to get a new club fixed up but given his desire to remain in the Ayrshire area, Ayr United could be a good bet. A little further afield, Queen’s Park are a possibility after stepping up from League One.

“I’ll take it as it goes,” said Broadfoot. “Unfortunately, at my age, people look at your age and not performances and stats. That’s the way it is but who knows what will happen?

“I will keep playing,” he stressed. “I feel fit enough. This was my 47th game of the season. I’ve had six games in 20 days and I feel fine. But I want to be more local for the family. The manager and the club has been great with me. They’ve given me more days off than the other boys but I’ve still been away from my family for a few nights and I don’t want that next year.

“I’ve had a great season at Inverness. I’ve been allowed to express myself and play and try and help the boys. Anyone would have taken this — a play-off final to get up to the Premiership — before the season started. Unfortunately (it was) a step too far.”

Even at 37, Broadfoot enjoyed the challenge of negotiating three play-off ties – something that reminded him of his days in England, where the schedule can be as intense.

“All you do is play, recover, play, recover,” he said. He did wonder whether the system could be changed to be more like England – a single game play-off final rather than two legs.

“Maybe it would be more entertaining that way,” he said. “The set-up of the play-offs is obviously more favourable to the Premiership team, but I genuinely think we could have won the game – and won promotion.”