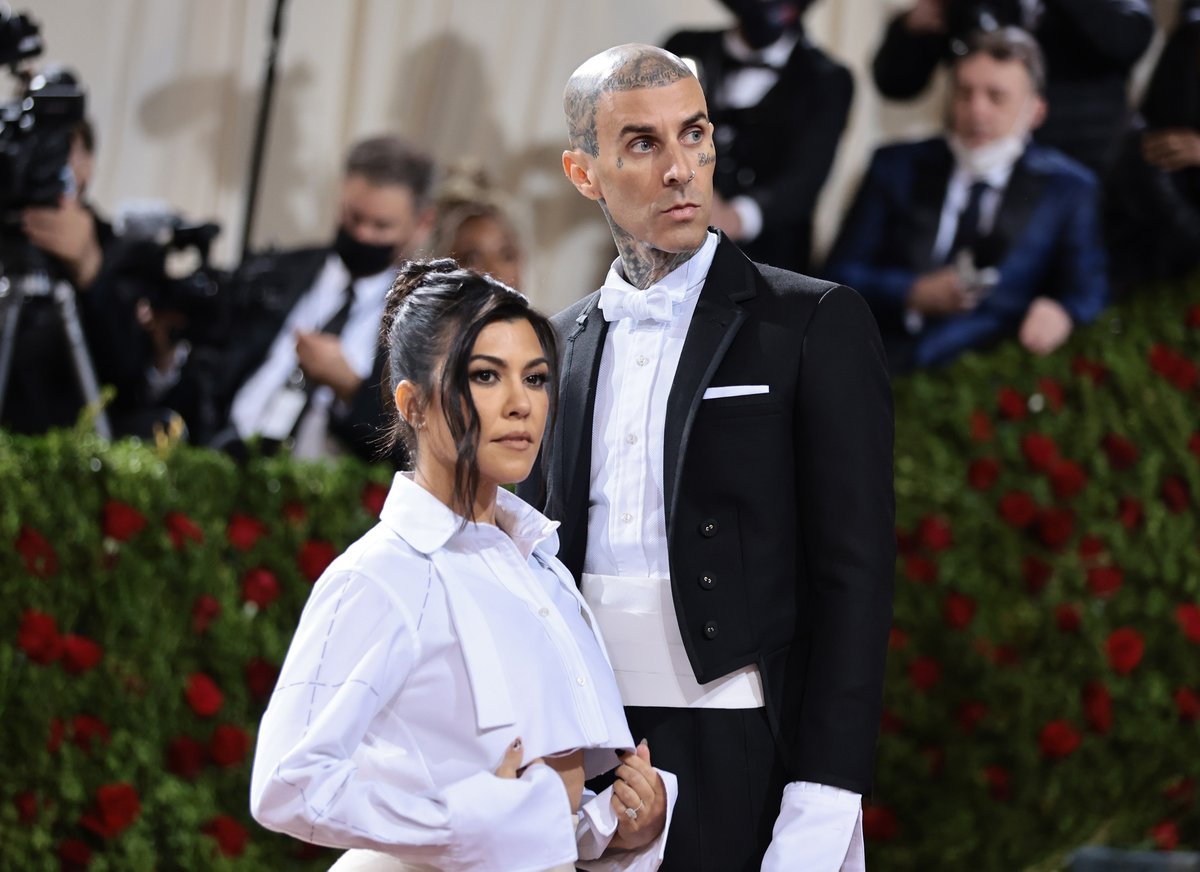 Kourtney Kardashian and Travis Barker have posed for a series of striking photographs to promote vegan brand Daring Foods.

Ross Mackay, from Glasgow, has been promoting his plant-based brand in the U.S for almost three years after failing to achieve his desired level of success in the UK.

The 30-year-old revealed his collaboration with Kourtney and Travis came about after a mutual friend told him about the American rock star’s love of his products.

German photographer Ellen Von Unwerth snapped the couple, who wed earlier this year, enjoying a vegan feast in a bathtub as well as indulging in a bucket of planet-based chicken in a limo.

Ross told the BBC he had a “great” experience working with Kourtney and Travis, saying: “I’m not going to sit here and pretend we hang out all the time.

“But we have nothing but great words to say for them. They showed up with great energy and did a great job.”

Travis Barker, who has been vegan for 15 years, has almost 8 million Instagram followers, while Kourtney Kardashian has promoted the collaboration with her 185 million followers.

Ross racked up hundreds of likes after sharing photos from their photoshoot on his own Instagram.

He captioned the post: “Less than 3 months ago while brainstorming a brand partnership for daring, @anahing_ came to me with her vision for the ideal candidates!

“A little luck, some hustle and a hell of an amazing shoot day – Fast forward to today, I couldn’t be more excited as we launch our newest campaign with @kourtneykardash and @travisbarker

“From the moment our partnership with Kourtney and Travis began there was clear synergy between Daring’s mission and their personal beliefs on plant-based eating and the positive impact it has on the environment. I could not be more proud to partner with them and am grateful for their support and genuine love of our Plant Chicken.

“Thank you to @simonhuck and @davegrutman for making this possible, and a huge shoutout to my team at Daring for all of their hard work creating and bringing this vision to life.”

The former competitive tennis player, who became a vegan after being “dared” by a fellow athlete, founded Daring Foods with ex-corporate banker Eliott Kessas in 2018.

Ross and his fiancée who thought of the collaboration (Instagram/iamrossmackay)

Despite distributing his products in Glasgow’s West End, supermarkets and schools, Ross decided to relocate his brand abroad in 2020.

The savvy business owner believes there is a demand for plant-based foods in the U.S and hopes he will be able to encourage people to reconsider eating chicken.

Daring Foods has been rapidly expanding since he raised over $120m from high-profile investors.

The product range is available in U.S stores including Target and Thrive Market, as well as online.