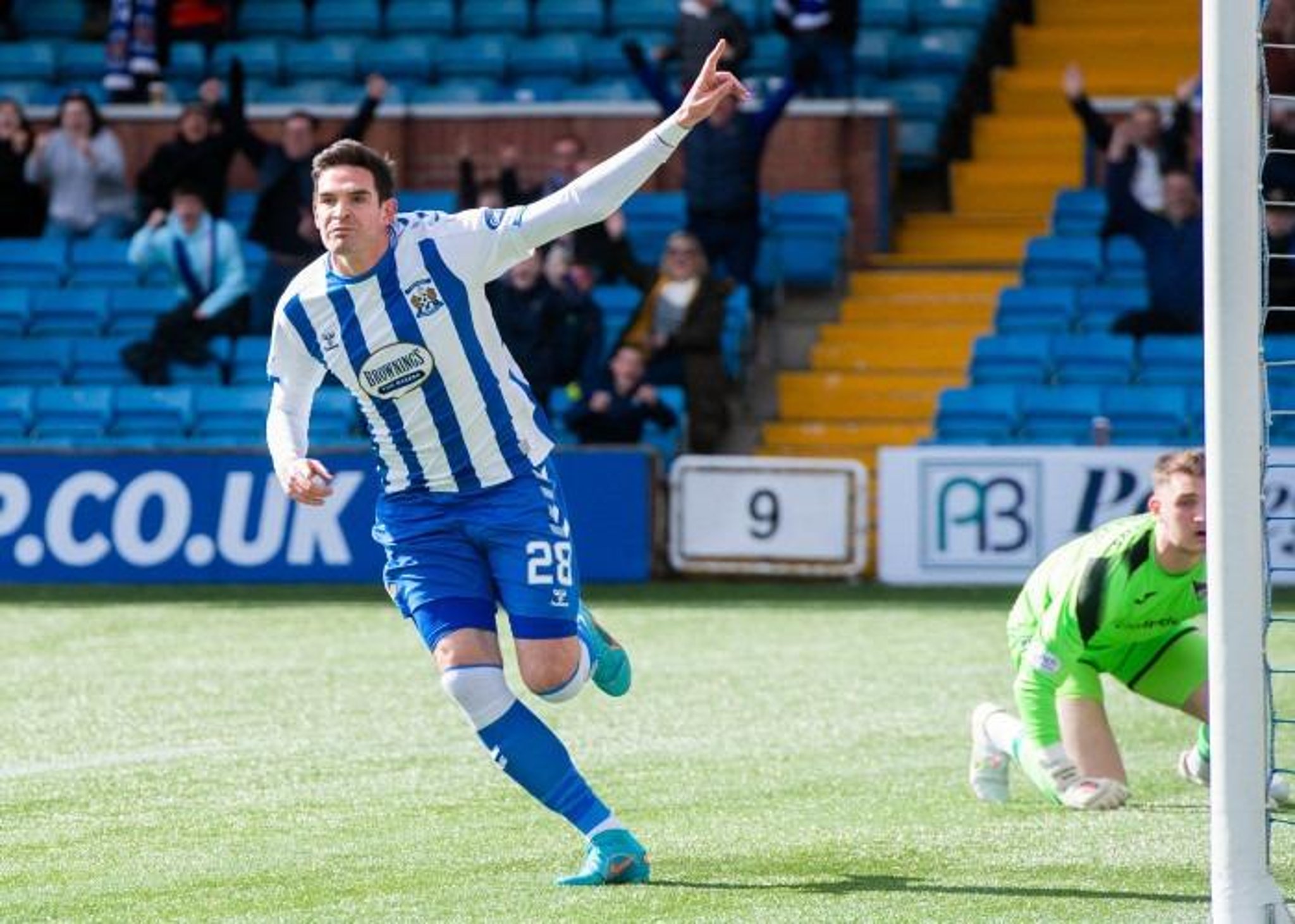 It all comes down to a Friday night cliff-hanger between the cinch Championship top two, separated by just one point with two games to play.

On one side is Kilmarnock, relegated from the top division last season after 28 years and the other Arbroath, part-time and excelling to prove all doubters wrong and on the brink of the big-time themselves.

Rugby Park boss McInnes accepts many neutrals may tune in to the televised match rooting for the underdogs while a capacity crowd roars on from the stands.

Kyle Lafferty rejoined the club earlier this year and returned to goalscoring form with eight goals so far lifting Killie to the top of the second tier. (Photo by Sammy Turner / SNS Group)

“I understand the fairytale aspect, but I think the whole part-time thing shows what can be done,” he said.

“Although we have some obvious advantages at Killie, the crowd, the players, I’ve only had three months with the players. Arbroath have been working together and put that squad together over three years, you can see the benefits of that, they have good players, good enough to play full-time.

There have been twists and turns leading to this penultimate stage. Kilmarnock were fifth in December before Tommy Wright was sacked, Kyle Lafferty returned to the club and McInnes was appointed.

Every story needs characters and this is not without them. Dick Campbell in the away dugout is one of Scottish football’s most colourful and long-established and McInnes himself, one of the biggest names in the Championship after eight years with Aberdeen in the top flight. Now he is seeking a return.

“It’s been a bit of a whirlwind. I feel as though I’ve been here more than three months to be honest, but I’m really enjoying it and desperate to play my part in getting the club back to where it should be.”

Lafferty is a headline name too having hit eight goals since his return in January.

“I’ve been delighted with the level of performance since we came in. We’re looking for more of the same, I’m not searching for anything we haven’t shown.”

Rugby Park will be at its busiest in a long time, with many more watching on television in a fixture cliffhanger that couldn’t have been scripted much better.

“I’m really enjoying the build-up. There’s a bit more on it because the fans have responded so well. There will be a bigger crowd and more scrutiny,” added McInnes, who has taken 30 points from a possible 45 since he joined as Killie aim to regain Premiership status at the first attempt.

“There are players here who were relegated last year and feel responsible for that.

“Everyone who’s joined subsequently, whether in the summer or, like myself and my staff, earlier this year have all signed up to do one thing and take the club back into the top flight.

“If we can win on Friday then we can take a breath but I’m reluctant to speak too much before then because I have too much respect for the league.”