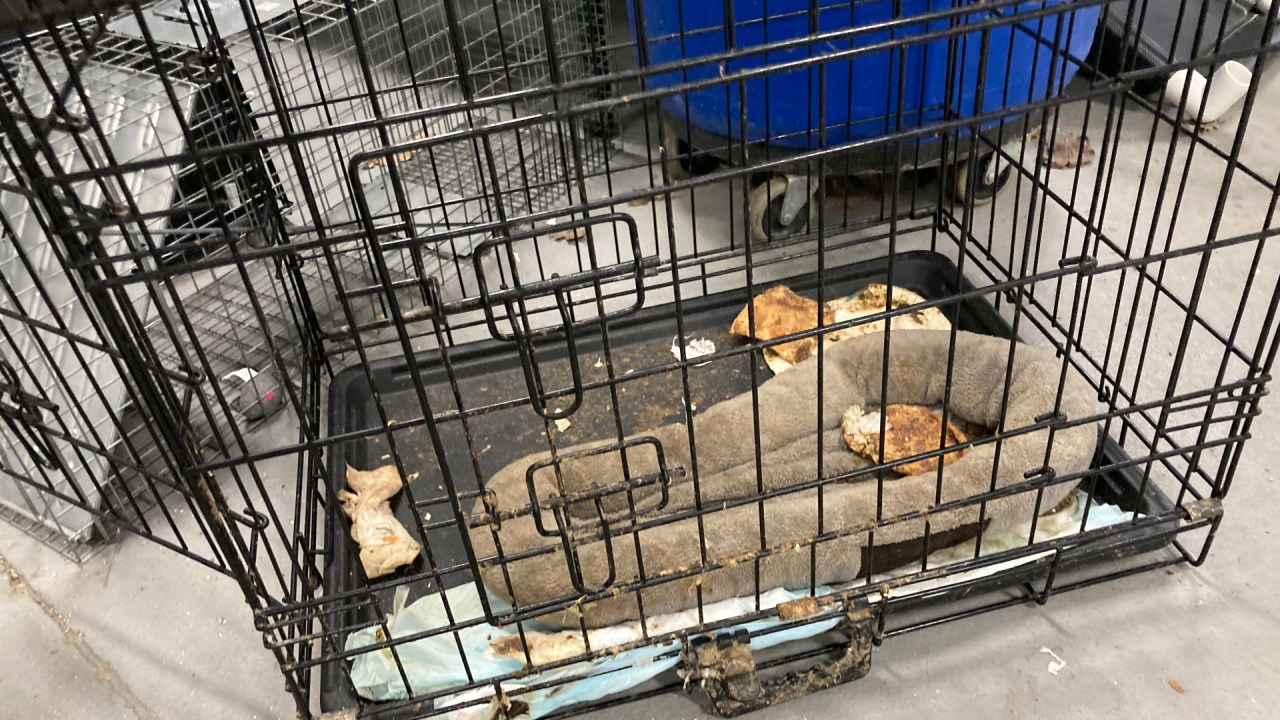 GRAND RAPIDS, Mich. (WOOD) — Dozens of dogs discovered stacked in a van sitting in a strip mall parking lot are safe and being readied for adoption.

“Most of them are Chihuahuas of varying ages. Some of them are adults, some of them are young puppies. These guys obviously are very young. And we also had a couple of Shelties that were part of this group,” said Kent County Animal Shelter Director Angela Hollinshead .

A Kent County Sheriff’s Deputy discovered the dogs in an Alpine Township parking lot on March 25.

Several cages stacked on top of each other and packed with up to 5 dogs were found stuffed into a minivan.

“These two came in with a group of dogs that we recently took in,” said Hollinshead.

Last week, in a civil case, a judge awarded custody of all 27 dogs to the animal shelter.

Now examined, cleaned up and caught up on their shots, many of the dogs are ready for adoption.

The others will be in the next few weeks.

“A lot of them are young. So, there’s a good opportunity for them to get into a new home and get settled very quickly,” said Hollinshead.

The shelter provides information on any health problems an adopted animal may have, and they’ll send them to their new homes with any medications they may need.

“We’re also … really on top of providing that follow-up care with our adopters, so that if there’s behavior issues or medical issues that are discovered, that we provide good support and help for them,” said Hollinshead.

Large scale neglect cases tend to get a lot of public exposure and tug a lot of heartstrings.

So, the pups will likely be adopted out quickly.

“If all of these guys get adopted and there’s still people that are interested in a smaller breed or anything like that, we have a lot of other animals that are awesome that would be great for adoption as well,” Hollinshead said.

The animal shelter has a list of pets, including their pictures and profiles, available for adoption on their website.