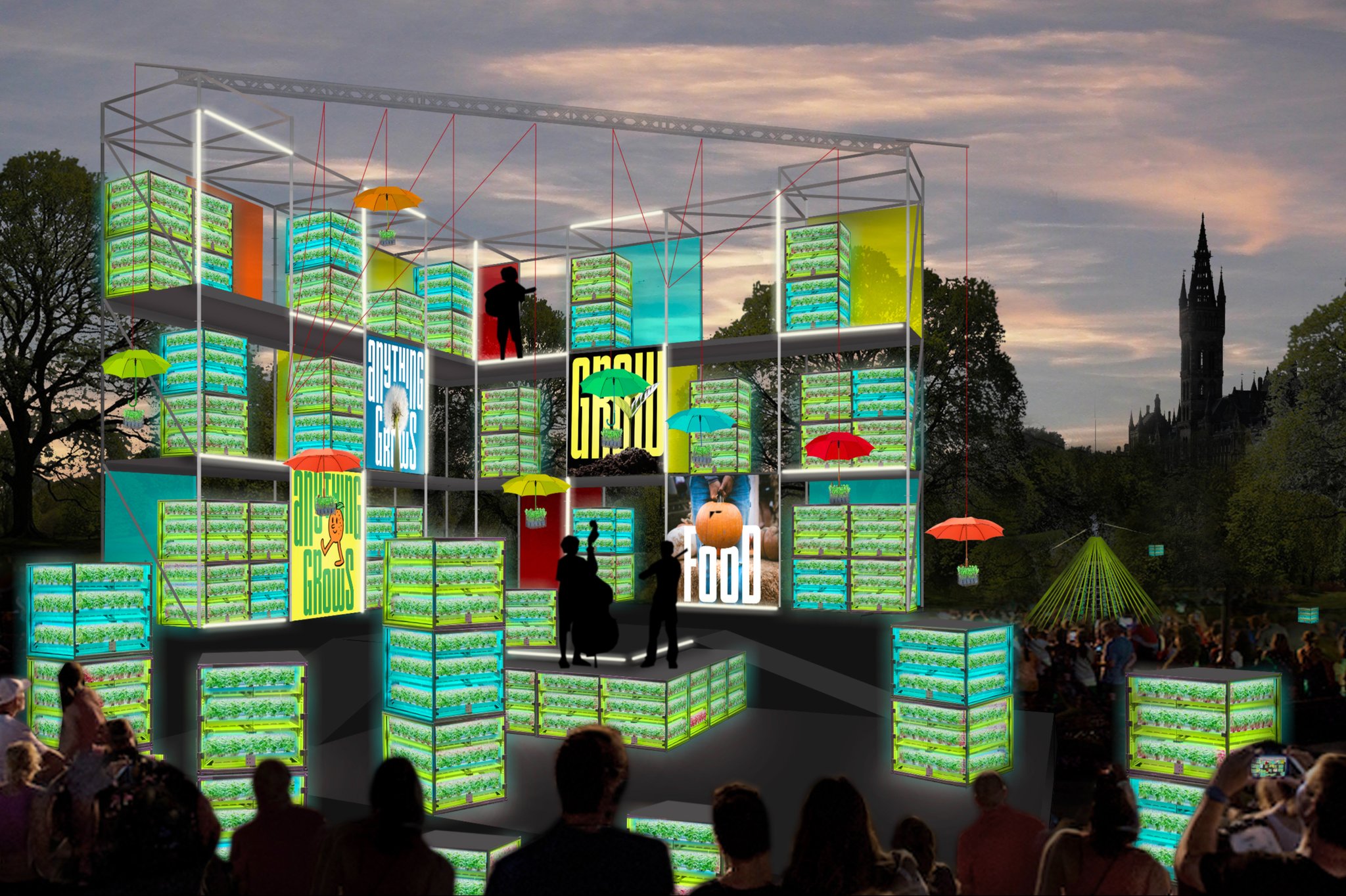 Kelvingrove Park is to host a major new festival this summer.

The outdoor festival is part of Dandelion, an ambitious creative programme taking place across Scotland in 2022.

Taking place over three days, from Friday, June 17, until Sunday, June 19, the first Dandelion Festival will take root at the heart of Glasgow’s Kelvingrove Park, with the second taking place in Inverness at the Northern Meeting Park, from September 2-4.

Across the weekend the park will be transformed with live music, interactive walkabout theatre, science and creative activities for all the family, talks, participatory workshops and food, as part of a unique festival that dares to reimagine our relationship with food and the planet.

The Friday evening and Saturday of each festival will be devoted to live music from Scottish and international artists across two stages presented in partnership with Celtic Connections and Glasgow Life.

The festival will be held in Kelvingrove Park.

Sitting at the heart of the festival site will be the spectacular ‘Pavilion of Perpetual Light’, a striking 10-metre-tall art installation. The Pavilion is created from 60 miniature vertical farms – 1m x 1m growing cubes specially created for Dandelion, brought together to form a giant structure, with built-in stage, acting as a backdrop to performances.

The installation will host an abundance of plant life, tended to by ‘performer-technicians’ creating a spectacular focal point. The site will host a further two stages, including the circular ‘Orchard Stage’ presenting artists in the round, allowing people to gather 360 degrees around the stage to see bands in a close-up, intimate setting.

Alongside the live music, sits a creative programme of activities for all ages. Over the three days, scientists, activists, technologists and writers will come together with chefs, musicians, artists and performers to spark conversations around Dandelion’s core theme of how people can creatively engage with topics such as food poverty, climate action and sustainability.

A series of Dandelion ‘Potting Sheds’ dotted across the park will host artists, performers and community organisations, whilst Dandelion’s team of student horticulturalists will be on hand to answer questions about plants and growing. There is the chance to get up close and learn more about Dandelion’s growing cubes, whilst under 5s can discover the world of plants and nature in The Nursery. On Friday daytime the Dandelion Festival will welcome local schools to take part in science activities, talks and creative workshops. The event will culminate on the Sunday with a mass free plant giveaway to inspire the public to grow at home and a special long table community meal share.

Commissioned by EventScotland and funded via the Scottish Government, Dandelion is Scotland’s contribution to UNBOXED: Creativity in the UK, a nationwide programme of creative events and engagement. Dandelion brings together artists, scientists, performers, and technologists to present a six-month series of events and programmes throughout Scotland, starting on April 28.

Further details about the wider Dandelion programme will be released at the end of April.

Donald Shaw, music director of Dandelion, said: “We’re delighted to reveal the first artists for Glasgow’s Dandelion Festival. It will be a very special environment with performances on unique stages within the iconic splendour of Kelvingrove Park. We’re also very excited to be able to host the premiere performance of Hen Hoose, a brilliant new collective of Scottish female and non-binary musicians.

“All of the musicians who feature on our line-up have a passion for the values of Dandelion, sharing our beliefs in environmentalism, individual action against climate change and the need to address issues around food poverty. The Dandelion Festivals tell the Dandelion story in creative, accessible, powerful ways and make the connections between growing and cultural experiences. These are truly family friendly events with interactive demos, talks and discussion about art, science and music for everyone at all levels of interest.”