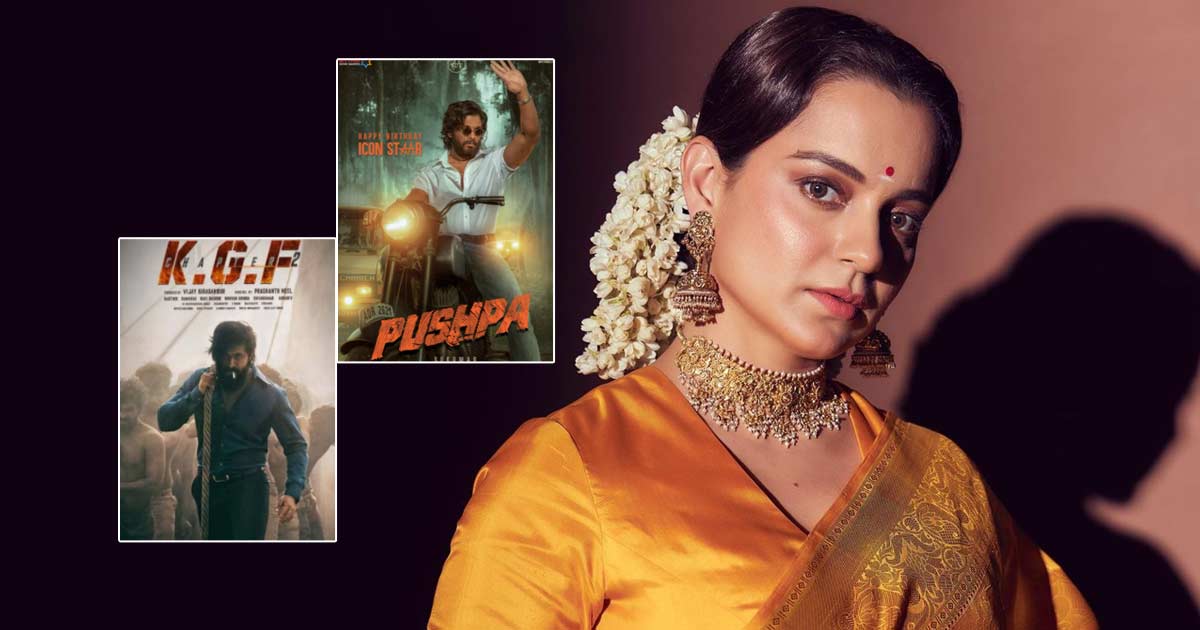 Actress Kangana Ranaut has jotted down some reasons as to why south content and superstars are such a rage and added that they should not allow Bollywood to corrupt them.

After Allu Arjun starrer ‘Pushpa: The Rise’ received a roaring response, Kangana took to her Instagram stories and shared the reason for South content’s growing popularity. Her story had pictures of Pushpa and KGF.

She wrote: “Some of the reasons why south content and superstars are such a rage: 1) They are deeply rooted in Indian culture 2) They love their families and relationships are conventional not westernised 3) Their professionalism and passion is unparalleled.”

Kangana added: “They should not allow Bollywood to corrupt them”.

The actress is currently busy with her production venture ‘Tiku Weds Sheru’.

Speaking about her work, Kangana is gearing up for her next ‘Dhaakad’, an action thriller, which was slated for an April 8, 2022 release. It has now been pushed to May 2022.

She also has ‘Tejas’. The movie revolves around a daring female pilot played by Kangana and is based on how women pilots can play an important role in keeping our nation safe from external forces. It is a tribute to the brave soldiers of the country.