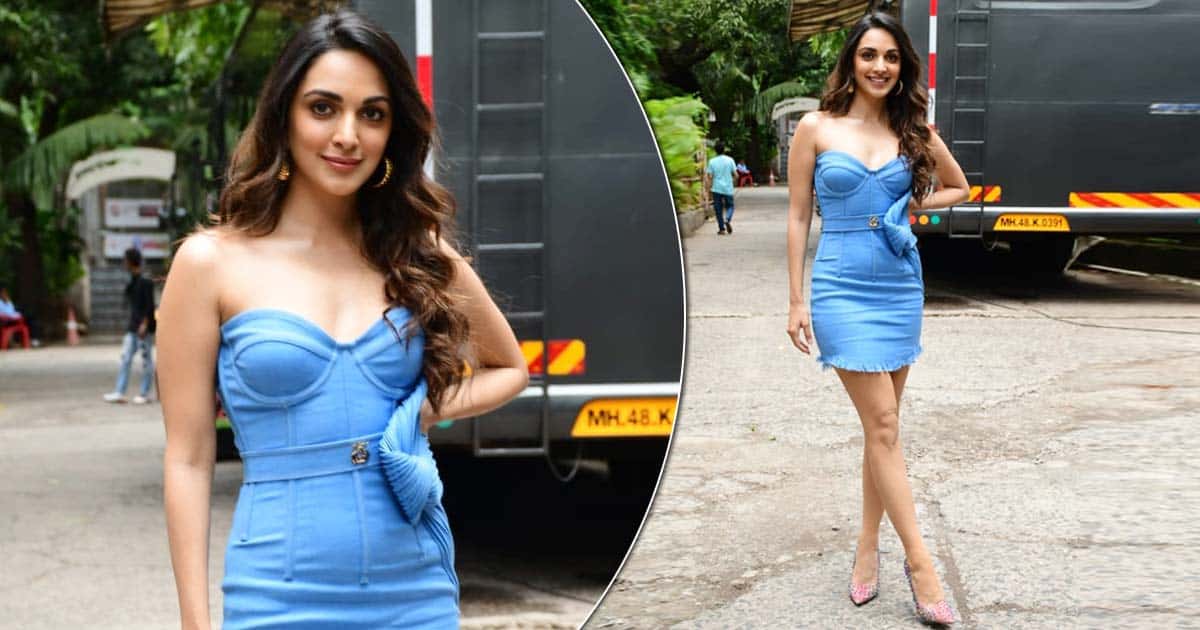 Kiara Advani has been slaying it and how! Basking in the success of her career, Kiara has been making fashion splashes with her outings to promote her recent release JugJugg Jeeyo. Co-starring Varun Dhawan in the lead roles, the film also stars Anil Kapoor, Neetu Kapoor, Prajakta Koli, Maniesh Paul and Tisca Chopra in pivotal roles. The film is director Good Newwz director Raj Mehta and it has been bankrolled by Karan Johar’s Dharma production and Viacom18. After teasing fans with posters, teasers and an official trailer, the film finally hit the screens today, i.e., June 24.

Since morning wishes have been pouring in for the star cast. The film is garnering a positive response from the audience and critics. JJJ claims to be out-and-out family entertainment.

Before the release of JugJugg Jeeyo, the entire star cast went to different places and promoted the film widely. But one thing that remained constant was Kiara’s fashion goals. Every time the actress stepped out for the promotional spree, she made heads turns with her fashion choices. Right from donning the corset dress to a strapless blouse, Kiara has set the promotional fashion bar high. Just like us, we are sure other actresses will be taking the notes too.

On the release day of JugJugg Jeeyo, Kiara Advani arrived on the sets of DID Li’l Masters along with Varun Dhawan and Anil Kapoor to promote the film. For her latest outing, the actress looked awesomely hot wearing a mini dress. Kiara wore a blue strapless bodycon dress which she paired with multi-coloured pumps with spiked embellishments. The dress not only accentuated her curves but also her toned legs.

Kiara Advani paired her look with minimal accessories as she opted for golden hoop earrings while side parting her tresses styled in soft curls. For makeup, she decided to go with smoky eye shadow, glossy nude lip shade, light mascara on the lashes, dewy skin, blushed cheeks, and beaming highlighter. Check out her photos below:

On the work front, Kiara Advani has an interesting line-up of projects. The actress will next be seen in Govinda Naam Mera opposite Vicky Kaushal. Backed by Karan Johar, the film also stars Bhumi Pednekar in the lead roles. That apart she will also be seen sharing screen space with South Sensation Ram Charan in RC 15.

Must Read: Uorfi Javed Creates A Dress Out Of Wires, Netizens Joke “Switch Chalu Kar Re”