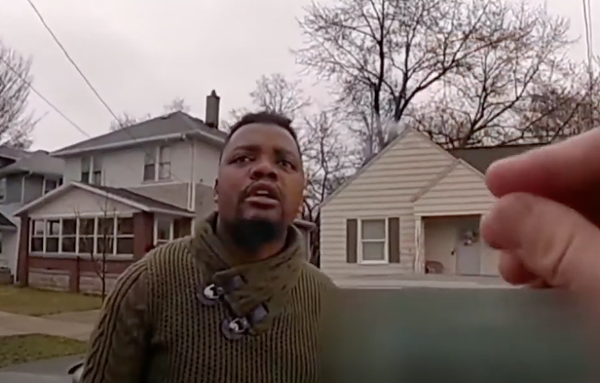 Video from the officer’s body camera caught the moments before the fatal shooting.

A judge set a $100,000 bond Friday for the Grand Rapids cop who fatally shot Patrick Lyoya in the back of the head following a traffic stop in April.

Officer Christopher Schurr was arraigned on a felony count of second-degree murder.

Schurr’s attorney Mark Dodge said his client “was justified in his use of force.” Dodge requested a $10,000 bond, saying Schurr is not a flight risk and has no criminal record.

Judge Nicholas S. Ayoub of the 61st District Court said he set the bond at $100,000 because of the severity of the charge.

On April 4, Schurr pulled over Lyoya, a 26-year-old refugee from Congo, for driving with a mismatched license plate. After Lyoya fled, Schurr wrestled him to the ground, where they tussled over the officer’s stun gun.

Schurr pulled out his department-issued pistol and shot Lyoya in the back of the head.

A probable cause hearing is set for 21, followed by a preliminary examination on June 28.