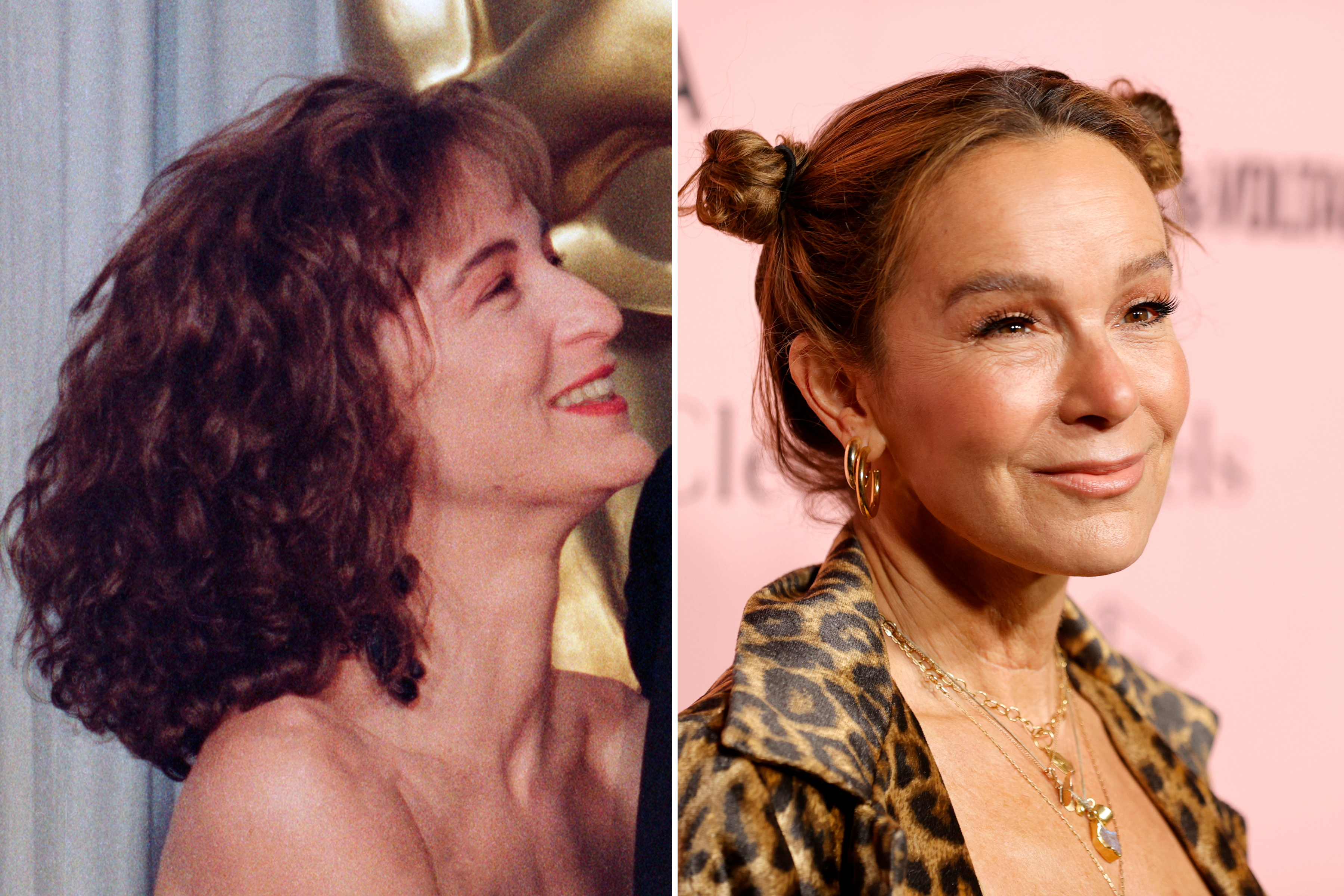 Jennifer Grey is opening up about the infamous rhinoplasty procedure that rendered her unrecognizable at the peak of her fame. Her mother’s encouragement led her to the story, she revealed in a new interview.

The Dirty Dancing star is promoting a memoir about her life entitled Out of the Corner. The book is slated for a May publication and she spoke to People about some of the revelations.

After the nose job that changed her appearance forever, Michael Douglas didn’t recognize Grey at a film premiere.

“That was the first time I had gone out in public,” Grey said. “And it became the thing, the idea of being completely invisible, from one day to the next. In the world’s eyes, I was no longer me.

“And the weird thing was that thing that I resisted my whole life, and […] I was so upset with my mother for always telling me I should do my nose. I really thought it was capitulating. I really thought it meant surrendering to the enemy camp. I just thought, ‘I’m good enough. I shouldn’t have to do this.’ That’s really what I felt. ‘I’m beautiful enough.'”

In the interview with People, Grey reveals that Hollywood’s anti-Semitic beauty standards may have caused her mother to think a nose job would only help her in the long run.

“She loves me, loved me, always has, and she was pragmatic because she was saying, guess what? It’s too hard to cast you. Make it easier for them. And then I did and she was right,” said Grey, who alludes to having had two nose jobs. “It wasn’t like, you’re not pretty. It’s like, guess what? If you don’t want to be an actor, okay. But if you wanna be an actor…”

“But when I was a kid, I was completely anti-rhinoplasty,” she said. “I mean it was like my religion. I was like, I loved that my parents did it. I understand it was the 50s. I understand they were assimilating.

“I understood that you had to change your name and you had to do certain things, and it was just normalized, right? You can’t be gay. You can’t be Jewish. You know, you can’t look Jewish. You’re just trying to fit into whatever is the groupthink.”

Grey was one of the first celebrities to openly discuss her plastic surgery foibles. When promoting her then-new sitcom, It’s Like, You Know…, in 1999, Grey lamented the way that “every interview” she did at the time became “anatomy of a nose.”

She even joked to Newsweek that she could’ve come back as a new actress under the fake name Wanda West. “This town is so built on who’s the new face, and no one would have ever known it was me,” she said at the time.

Grey teased her new book when she spoke to Newsweek about her Flu Shot Fridays campaign in 2021.

“I’m bursting to talk about it, but I can’t really,” she said at the time. “I did start writing it before the pandemic but I don’t know whether I could have written it without lockdown because it really took away a lot of the competition for my attention and time.”

Out of the Corner is available for pre-order now and will hit shelves on May 3.