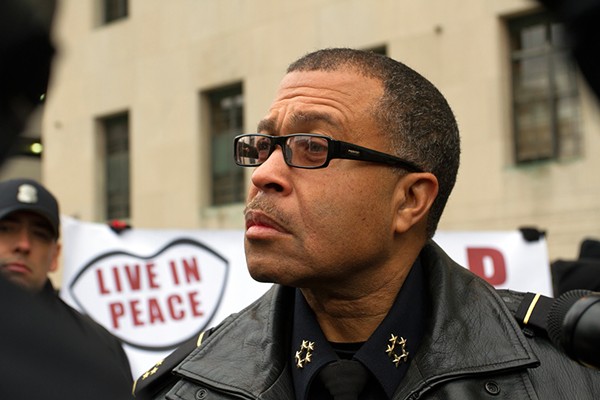 Despite the long odds, Craig expressed optimism that he’s going to win and defeat Gov. Gretchen Whitmer in November.

“I’m going to be the next governor,” Craig said on Fox 2 Detroit.

Early in the campaign, Craig was considered the frontrunner. But after a series of missteps, lackluster fundraising, and a failure to maintain campaign staff, Craig’s campaign never took off like many expected. He dodged interviews by the local media, preferring instead to go on national, right-wing talk shows.

His decisions as Detroit’s top cop also came back to haunt him. He failed to fulfill his pledge to get certified as a police officer when he was chief, and he admitted he fled the scene of a carjacking but never appeared to file a report.

In February, Craig’s campaign sent out a fundraising letter blasting Michigan State Police for being “weak-kneed” when protesters disrupted his campaign announcement on Belle Isle, but now denies sending it out.

Craig said his supporters convinced him to run a write-in campaign.

“I’m not going to roll over,” Craig said. “This is not about me as a candidate, this is about the voters of Michigan.”

Craig was among five candidates who failed to make the ballot for turning in thousands of fraudulent signatures.

“They have robbed me,” Craig said of the fraudsters that his campaign hired to collect signatures.

Craig will face five Republicans who are on the ballot. They are businesswoman Tudor Dixon, businessman Kevin Rinke, chiropractor Garrett Soldano, Pastor Ralph Rebandt, and real estate salesman Ryan Kelley, who was arrested by the FBI on Thursday for his role in the Jan. 6, 2021, riot at the U.S. Capitol.

“Has anyone tried unplugging the MIGOP and plugging it back in again?” Rodericka said in a statement Thursday night. “Chief fraudster James Craig’s far-fetched write-in campaign is only further proof that the irresponsible and lawless Republican primary field will remain chaotic and unsettled until the bitter end.”