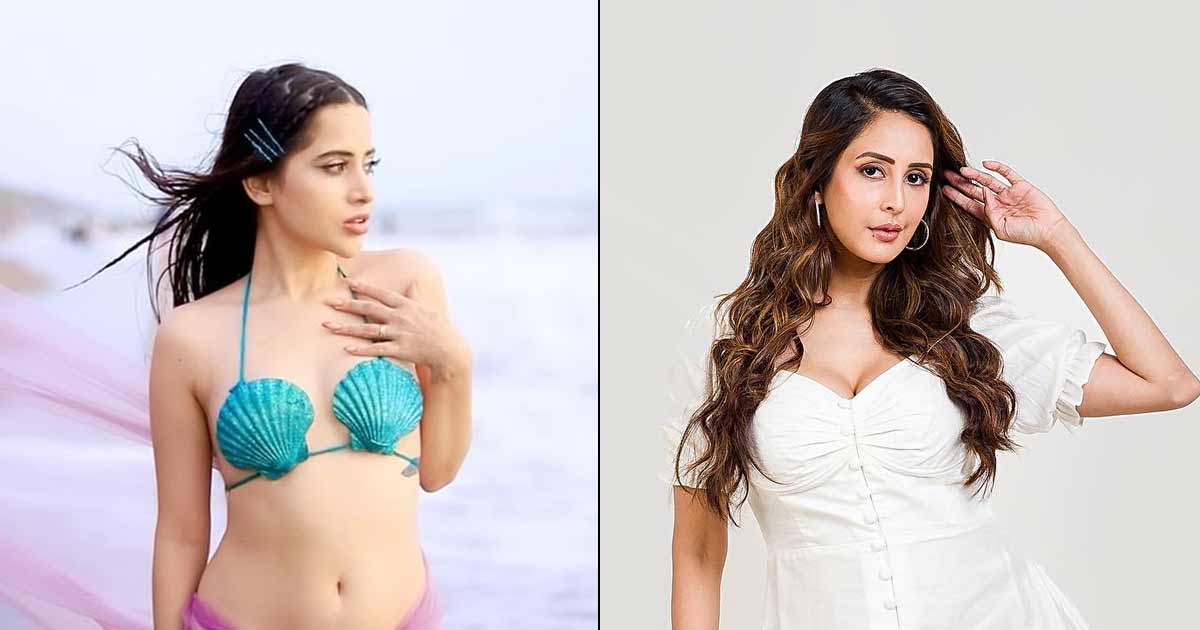 Yesterday was quite an eventful day, especially for the Television industry. We witnessed an Instagram war between actresses Uorfi Javed and Chahatt Khanna. It all began when the Bade Achhe Lagte Hai actress shamed the Bigg Boss OTT actress over the kind of fashion she pulls off and called it ‘cheap publicity.’ What followed was the war of words that included digs on divorce, alimony and shaming each other.

Chahatt had initially shared a picture of Uorfi where she could be seen wearing a cut-out dress made of a dupatta. One could see the Bigg Boss OTT diva’s breasts partially as the cloth did not entirely cover her assets. If one remembers, the fashionista had also recently exposed her b*tt on the streets of Mumbai and grabbed all the eyeballs.

Now, Chahatt Khanna in a conversation with ETimes TV has opened up on why she spoke against Uorfi Javed on her social media. “Nothing actually happened, just that it was getting really tough to tolerate this nonsense happening for months on social media. So I finally spoke about it, and she replied in her level of class,” she said.

Meanwhile, Uorfi Javed hadn’t remained silent on the whole controversy either. She had called Chahatt Khanna a ‘hypocrite’ and questioned her on why she didn’t share such a post for Ranveer Singh. Furthermore, she took a dig at her two divorces and said she was living on her alimony money.

“At least I don’t buy followers! Also if you would do your homework, I was there for an interview, I was dressed for an interview which is non of your business, you’re just jealous that even after paying the paps they are not covering you. @chahattkhanna also whatever anyone does on this earth is none of your business, why didn’t you upload this story for Ranveer Singh? Shows your hypocrisy. See I didn’t judge you for your TWO divorces, dating away younger men so why judge me?” Uorfi Javed had reacted.