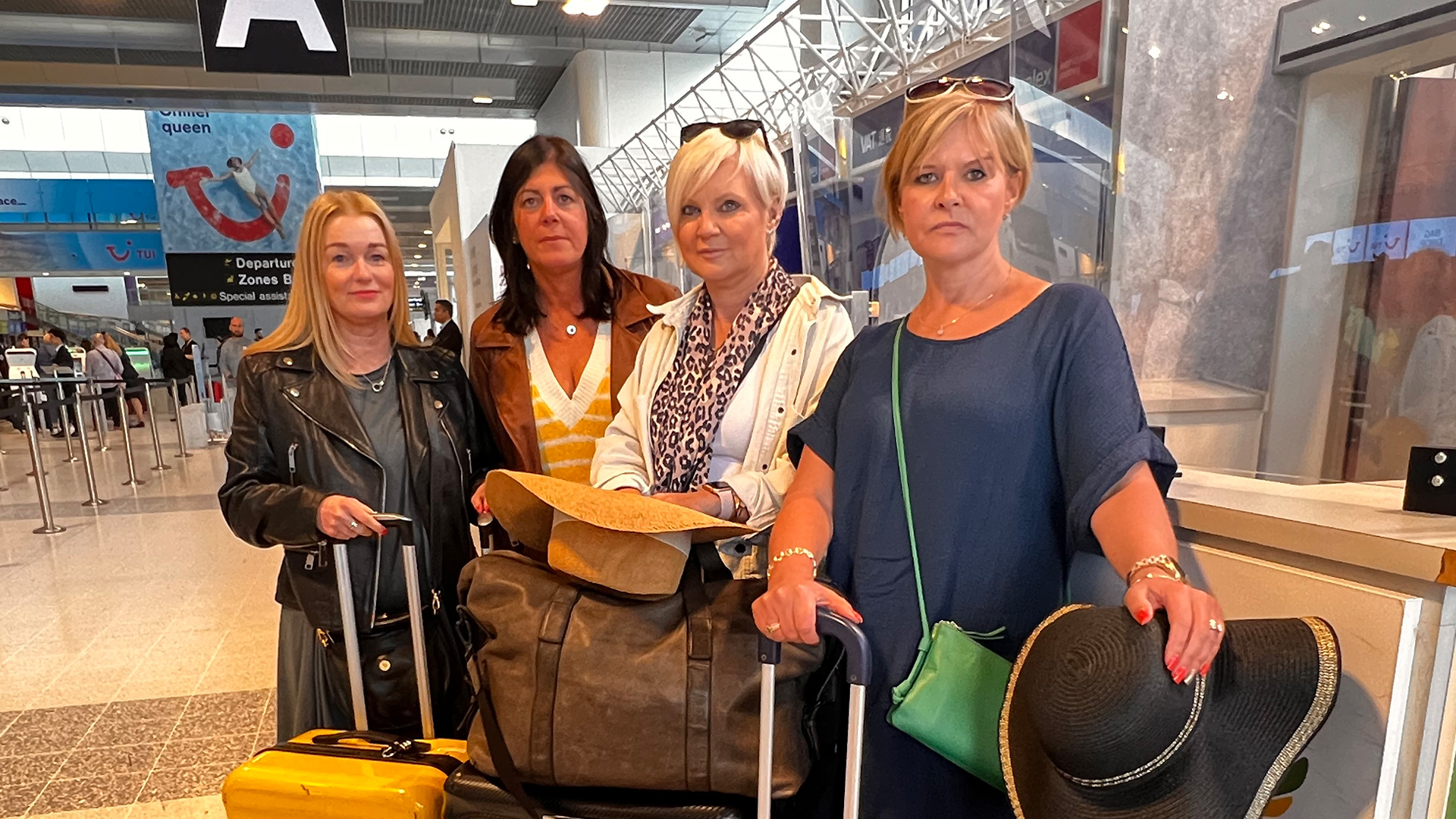 QUEUES spreading into car parks, passengers in tears over cancelled flights and suitcases piling up.

Travellers across the country have faced chaos, but at Manchester Airport things were so bad that one pilot got out of his cockpit to load bags on to a severely delayed plane.

Yet we can reveal that despite the chaos at the major travel hub, which is operated by Manchester Airport Group (MAG), chief executive Charlie Cornish received a 25 per cent boost in pay and perks last year.

The last annual reports show that the 62-year-old, who lives in a £2million house in posh Prestbury, Cheshire, and recently said he “couldn’t apologise enough” for the travel misery inflicted on his customers, was awarded a £2.5million package last year — an increase of £500,000 on his 2020 deal.

MAG, which also owns London Stansted and East Midlands airports, made around 900 redundancies during the pandemic across the group, while a further 1,500 jobs were reportedly cut by external contractors.

A ten per cent pay cut was also imposed on all remaining staff. The group claimed almost £80million in furlough money between March 2020 and September 2021, when the scheme ended.

Last night travel and consumer champion Martyn James told The Sun on Sunday: “The only thing that has been taking off lately with this company seems to be the chief executive’s perks.

“For the thousands of people queuing round the block it is an insult.”

Aviation expert Terry Tozer, a former BA pilot, added: “Airports and airlines seized on Covid to do what they have wanted to do for ages. Staff were cut and pay was cut.

“Then, once demand picked up post-Covid, management took the bookings and the money.

Most read in The Scottish Sun

“Now managers and the Government are blaming each other while the public suffers, along with travel employees, and the company directors get richer.”

Now it has emerged an even bigger crisis could be looming to threaten summer holidays because there are FOUR times as many jobs being offered in parts of the airport compared to before the pandemic.

It is an indication of just how short of vital workers the airport is.

Tens of thousands of passengers have had to put up with daily disruptions for weeks.

The chaos has had a knock-on effect across other terminals in the UK and around the globe.

Recruitment giant Indeed said the number of baggage handling jobs now on offer has quadrupled since 2019.

Posts are being advertised as requiring “immediate starts”. Those who sign up are told they can land £250 by referring a friend.

But the number of vacancies still available this week appears to indicate that the push for extra staff has not yet paid off.

Totaljobs had up to 215 positions available based at Manchester Airport, while Reed had 63, Jobsite.co.uk listed 96 and there were 63 on Jobsora.com, including a role for an “improvement manager”.

Last night Ray Ellis, 54, who worked at the airport but quit, claimed he resigned over the “chaotic” operations at his former workplace.

Ray, who was a baggage handler, explained: “Experienced staff left during Covid. The new staff haven’t been in the job long enough to deal with problems.”

Last week pictures continued to emerge of baggage handlers struggling to cope with the amount of unclaimed luggage piling up at airports.

Suitcases were witnessed being left to fall off overloaded conveyor belts.

One baggage handling firm said it was being hampered in its bid to recruit new staff by delays in the criminal record checks carried out by the Government’s Disclosure and Barring Service (DBS).

Jack Kennedy, UK economist at Indeed, said: “Demand for baggage handlers now exceeds 2019 levels and pay has leapt by nearly nine per cent in a bid to attract new workers.

“The race is on to hire people and have them trained and in role ahead of the peak summer season.”

Experienced staff left during Covid. The new staff haven’t been in the job long enough to deal with problems.

Aviation services company Swissport told The Sun on Sunday: “We are working hard to address the issue of resourcing, with over 2,800 new hirings since the start of the year.

However, there have been some challenges around the security accreditation of new recruits.”

The DBS told us it “is not responsible for any delays in the recruitment of airport staff.”

If things do not improve at Manchester Airport, it could come at a cost to chief exec Charlie Cornish, who has yet to receive the £500,000 bonus he has been awarded.

A source said: “If things don’t perk up with the airports he may never get that money in his hand because it is subject to achieving certain targets over the next four years.

“The way things are going right now, that looks doubtful.”

A spokesperson for Manchester Airport said: “The Covid-19 pandemic was the most damaging episode in our airport’s 83-year history.

“We maximised use of the furlough scheme but unfortunately did have to make a small number of redundancies.

“Many other colleagues chose to leave to seek employment elsewhere in industries that had been less severely impacted.

“Demand for international travel recovered almost as sharply this spring as it dropped two years ago, and consequently we have faced unprecedented pressures on our operations.

“We apologise to passengers whose experience at our airport in the past two months has fallen short of the standard we would usually provide.

“We began our largest ever recruitment campaign in January and have seen 400 new colleagues join us this year, with a further 500 set to start work in our operation pending government background checks.”

THE shocking scenes at Manchester and other airports around the country must NOT be repeated this summer.

Airlines and airports were quick to take travellers’ cash in a desperate bid to replenish coffers devastated by two years of lockdowns and onerous travel restrictions.

But it is outrageous they reinstated flight schedules they must have known they had no chance of operating successfully with such a shortage of staff.

Travellers deserve to get what they paid for – not to have to endure the chaotic scenes witnessed over half term again this summer.

It also does the airlines no favours shelling out thousands in compensation to passengers who have had flights cancelled at the last minute.

And the horrific scenes at airports serve as an own goal – putting off those who may now think twice about jetting off.

Recruiting the right staff on the right pay – and quickly – is essential.