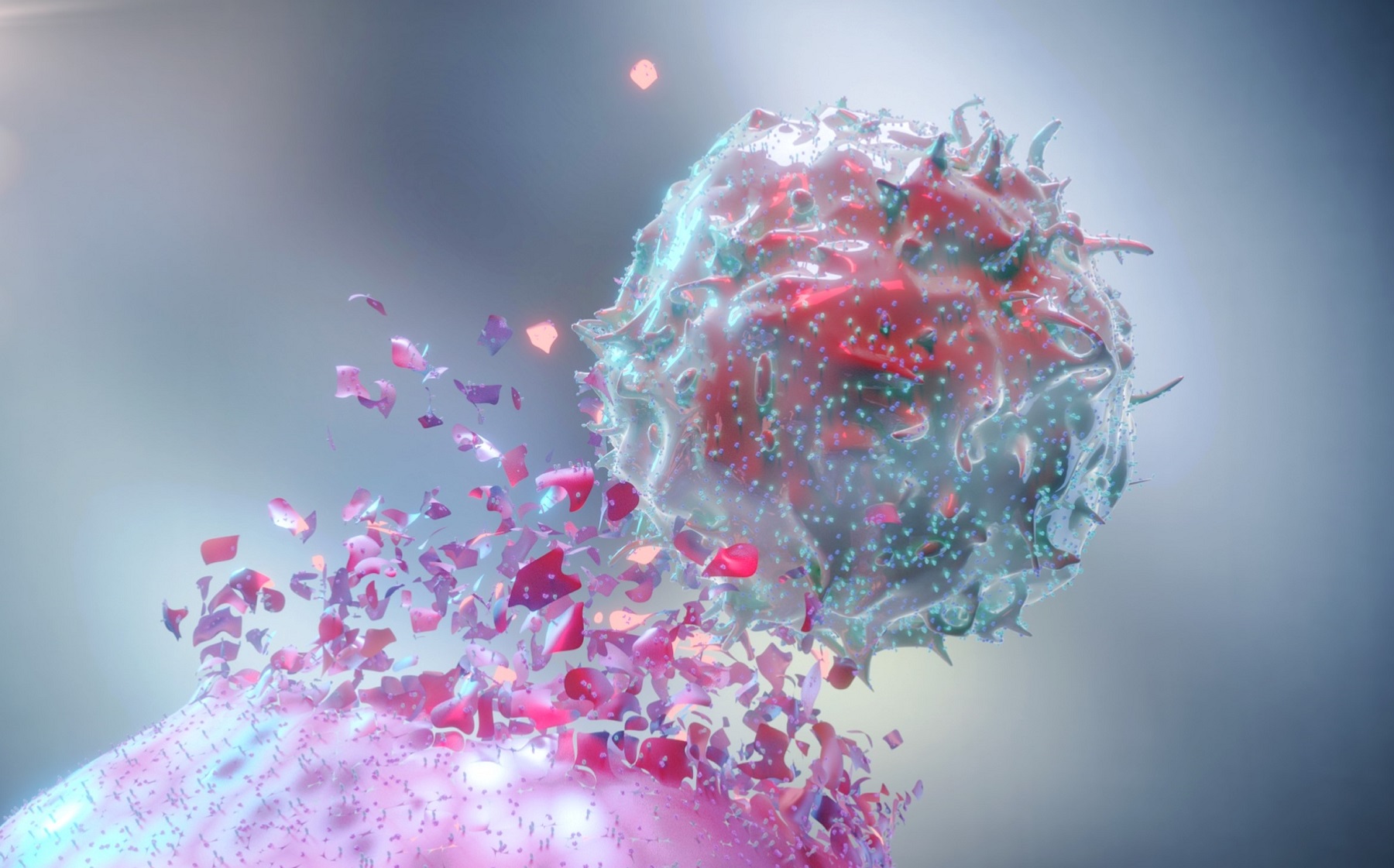 A mesmerizing video shows what it looks like when an immune system cell attacks cancer.

The footage was captured using a specialized microscope by cell biologist Alex Ritter and colleagues and it has been slowed down slightly from real time.

In the video, seen below, a cell known as a T cell can be seen latching onto a lymphoma cancer cell in an attempt to kill it. The T cell takes on a fiery red appearance, “flames” licking at its side, as it destroys its blue-colored prey.

The T cell is not actually on fire, of course—its appearance is caused partly by a fluorescent protein added by the researchers—but its dynamic, flowing surface is the cell’s natural reaction to identifying a cancer target, Ritter tweeted.

The footage was posted as part of a new study released by Ritter and colleagues on Thursday, in which they set out to investigate how cancer cells protect themselves against T cell attacks.

T cells belong to the body’s immune system and help protect us from infection. Also called T lymphocyte, they are white blood cells. T cells circulate around the body and carry out a variety of functions from controlling immune reactions to binding to and killing cancer cells or infected cells.

So-called killer T cells can destroy cancer cells by latching onto them and then secreting toxins that destroy them from the inside. There are two types of toxins that do this; perforins, which create holes on the cancer cell’s outside barrier; and cytotoxic proteins, which pass through the holes and kill the cancer.

However, in their new study Ritter and colleagues show that cancer cells can defend against this assault by sealing the holes created by perforins using what are known as ESCRT proteins. This can delay or even prevent T cells from killing them.

In a tweet, Ritter said he and his team hope their findings could be helpful in making cancer therapies more effective. For example, Ritter said that when the team prevented the ESCRT repair process from working correctly in cancer cells, “T cells were far more efficient at killing the targets.”

The new study was published in the journal Science on April 21.

T cells already play a role in some cancer therapies which make use of the body’s own immune system to fight cancer. In TIL therapy, for example, doctors will identify a type of T cell that will best recognize certain cancer tumor cells. These T cells are then treated with substances that make them grow into large numbers rapidly.