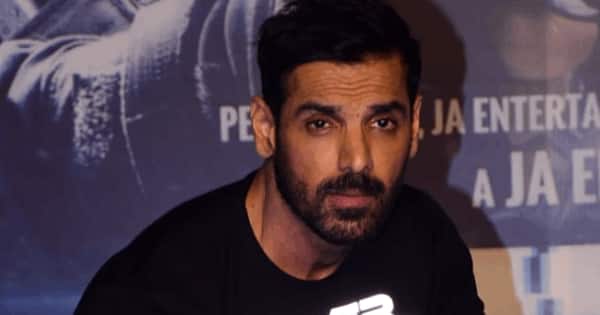 During the promotion of his recently released film Attack, John Abraham had an angry outburst at a journalist who asked him to share his views on director Vivek Agnihotri‘s The Kashmir Files. He has now opened up about the incident and said that at times, he really gets riled up when the press asks stupid questions. Also Read – Trending OTT News Today: Shriya Pilgaonkar and Varun Mitra to star in legal drama Guilty Minds, Seema Khan teases the return of Fabulous Lives Of Bollywood Wives and more

During the event, John had responded to the journo’s question saying, “You are asked on the news desk to bring controversy, then you come here and say, ‘Tell us something about The Kashmir Files.’ Why will I do that?'” The journalist then went on to ask him about the overdose of action in his film whilst referring to Satyameva Jayate. “I am talking about Attack. If you have a problem with this, then I am sorry. I really offended you,” John said and further added, “More than physically fit, I am trying to be mentally fit to answer some crazy questions, as people are so dumb.” Also Read – RRR box office collection day 10 Hindi: SS Rajamouli, Jr NTR, Ram Charan movie enjoys one of the best second Sundays of all time

Addressing the incident, John told The Indian Express, “The press, some of you, I don’t generalise, at times, ask very stupid questions, there’s no basis for it also. And I understand we all are humans, at times I really get riled up when I get asked a stupid question.” Also Read – Attack box office collection day 3: John Abraham starrer completes lacklustre first weekend; completely CRUSHED by RRR tsunami

“Talking about promotions of the film, the press has generally been very supportive. So, when we talk about the press, it is important to make them aware of the film. Because it is through you guys that people come to know when a film is releasing. Of course, there are advertisements and marketing also, but the real promotion of the film is the film itself. If your film is good, it will work. If your film is not good, it won’t work,” he added saying that he later ‘laughed about it’ with the press.