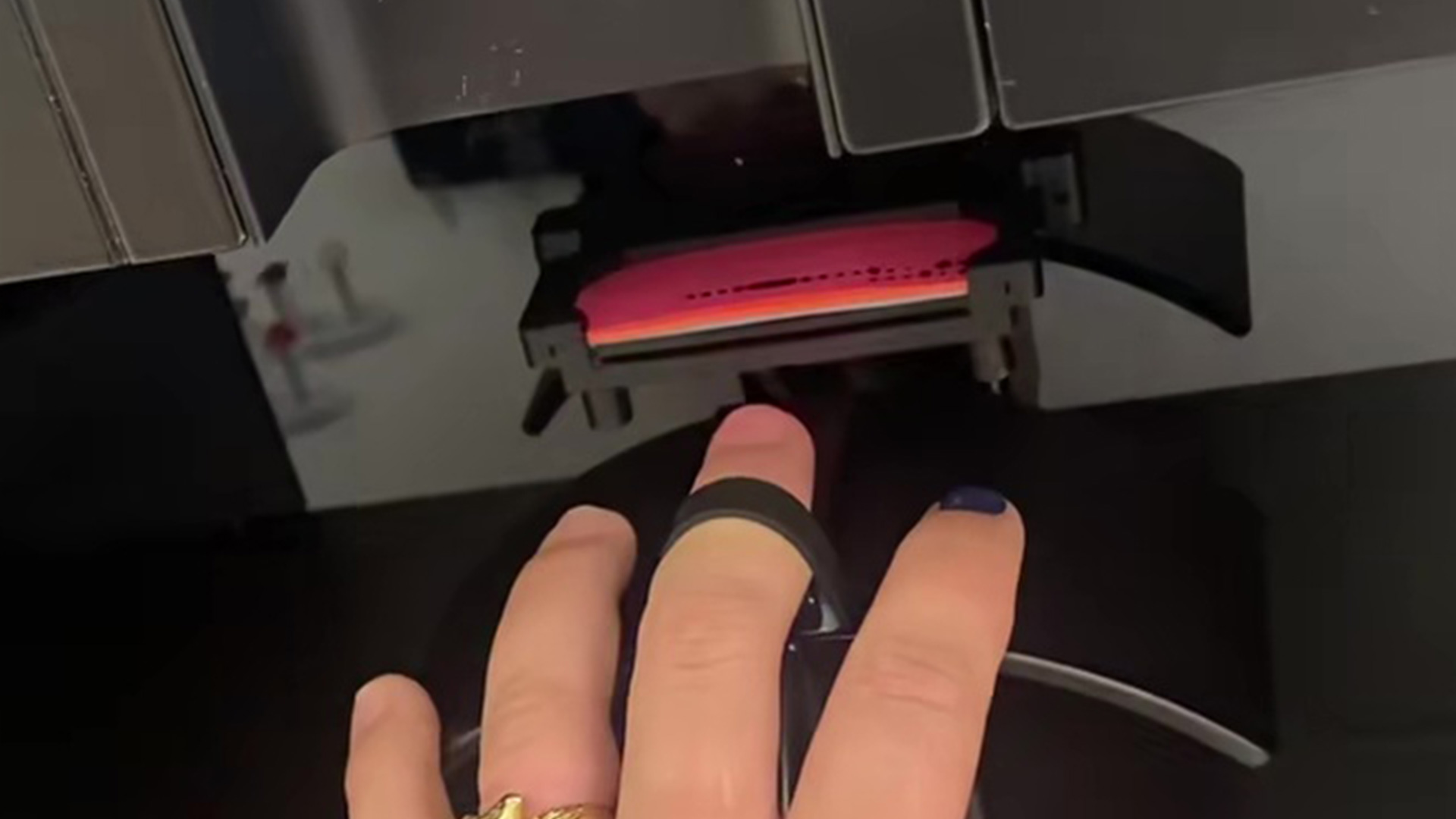 A TIKTOKER has shared a manicure she got from a robot at Target that got her only $8 and took ten minutes to do.

Bailey Fox, known as @foxymamabailey, said Target’s machine saves money and took no time at all.

The robot starts with an outline of your nail and fills them in.

The machine, known as Clockwork, said it can give you an $8 manicure in ten minutes, according to its website.

It uses 3D and AI technology to perform its services.

The service does not, however, use the long-lasting gel polish so many people prefer.

Their website says they use “regular nail polishes free of Dibutyl Phthalate (DBP), Formaldehyde and Toluene, and a number of other harmful substances.”

The bot only works for those older than 13 and has 25 colors.

They recommend you arrive with bare nails, but have polish remover for you to use.

The service also does not cut or shape nails.

The robots are located in six Target stores around the country.

Three are in Texas, two are in California, and one is in Minnesota.

Many fans were stunned by Bailey’s comments.

“It was alright but I could just buy an entire bottle of nail polish for $8 and paint my own nails in 10 minutes. They need designs,” one said.

“This is also probably just a start to see how it goes for the time being lol, I can’t imagine that it would just do plain polish literally forever,” another predicted.

“Introverts.. our time is NOW,” another joked.

“But it won’t massage my hands and ask me about my love life,” said a fourth.

Dani Grade previously wrote about her experience with the bot for exclusively for The U.S. Sun.

“I was, at first, impressed by the results,” she wrote.

“The finish was smooth; the polish covered most of the nail, there was no residue on the surrounding skin, and it dried fairly quickly.”

“Still, I noted that someone who is particular or picky about their manicures (I am not) probably wouldn’t be all that excited, given the polish didn’t completely reach every edge of the nail.”

“Because it was a Friday afternoon, I thought I was at least covered for the whole weekend with a fresh mani – especially since the woman told me she’s heard people say it lasts over a week.

“Unfortunately, that hope was short-lived.”

“By Saturday, I noticed visible chipping at the top of a few nails.

“By Monday, those chips had grown significantly to the point where I was desperate to take it off.”

“But, I waited until Wednesday. By that point, the polish looked thin and grainy.

“I happily drove to my usual nail salon and got a gel manicure.”