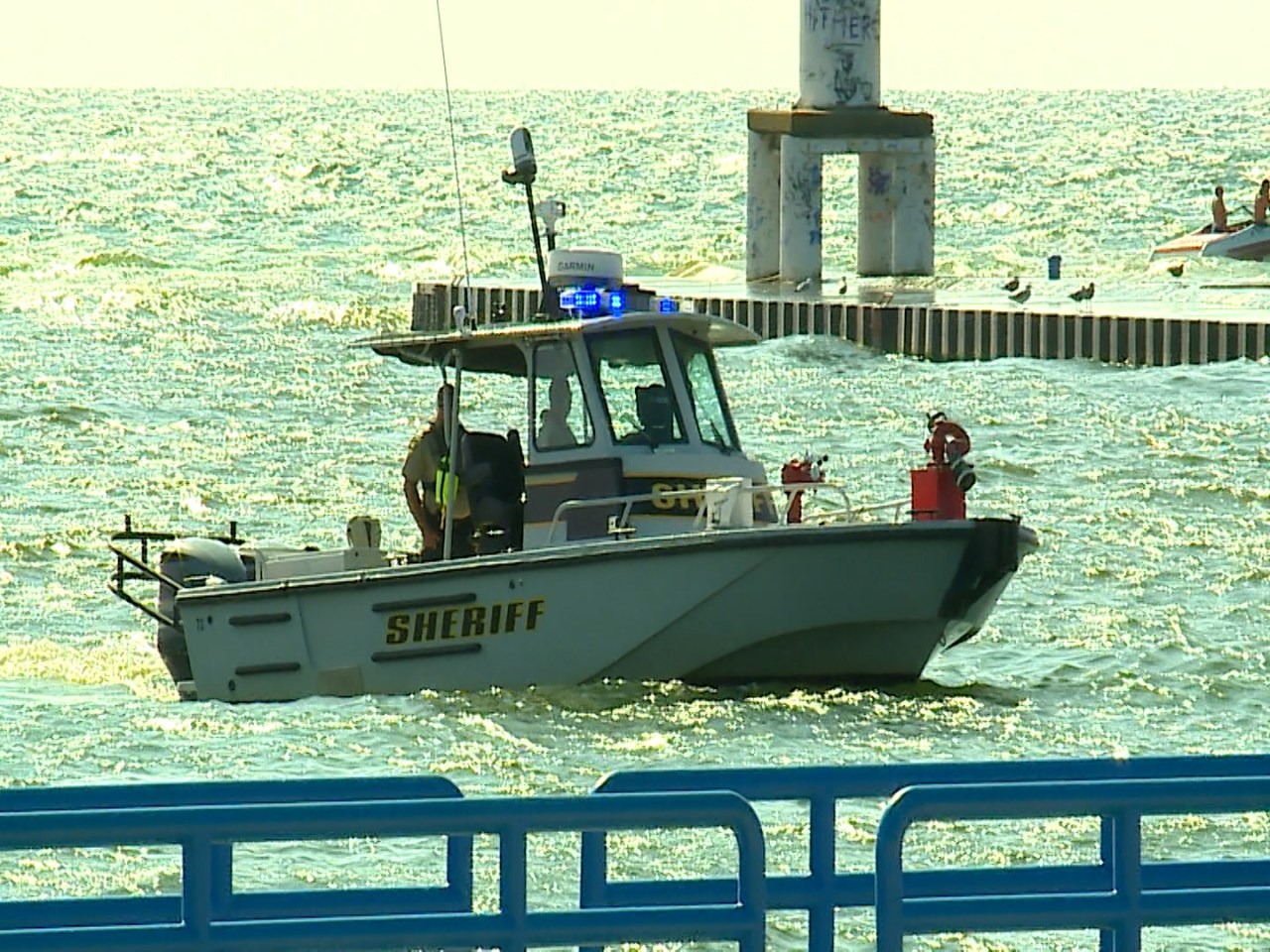 GRAND RAPIDS, Mich. (WOOD) — Swimming season has yet to kick off on West Michigan beaches, but it’s never too early to learn about beach safety and the importance of understanding rip currents.

This week is National Beach Safety Week, making sure beachgoers and boaters know the basics before hitting the water this summer. According to the U.S. Lifesaving Association, the biggest threat when it comes to beach drownings is rip currents.

WHAT ARE RIP CURRENTS?

Rip currents are powerful, narrow channels of fast-moving water that can develop along coastlines, including oceans and the Great Lakes.

According to the National Oceanic and Atmospheric Administration, rip currents are the cause of 80% of all beach rescues in the U.S. Lifeguards rescue upwards of 50,000 people from rip currents each year.


May is Water Safety Month: How to protect your kids

Rip currents typically form around low spots or breaks in sandbars. As water builds up on the shore-side of the sandbar, the pull for the water to return away from shore grows. Eventually, it will find the path of least resistance in the sandbar and form a channel.

“The simplest way to describe rip currents is that they are strong, seaward-flowing currents that extend from the shoreline out beyond the breaking waves,” Brander said in the documentary. “And they exist to bring all that extra water that’s coming in with the breaking waves back offshore. And all of our recent research has shown that rips are incredibly complex, and they are much more unpredictable and dangerous than we ever could have imagined.”

Channel rips are the most common. They flow through deep channels that can form between sandbars. While some rip currents only last for minutes at a time, channel rips can last for days, even weeks or months, because they are formed by the landscape of the shoreline.

Boundary rips — also commonly referred to as structure rips — regularly form around things like piers or jetties. When the winds and waves are running more parallel to the shoreline, those structures can disrupt the flow pattern and cause a fast current pulling the water back away from shore.

The last type is called a flash rip and it’s considered the most dangerous because they can be unpredictable. They can form quickly and without warning, even without a notable increase in wave size or frequency. Flash rips don’t last long and can appear at any spot along the beach.

HOW TO ESCAPE A RIP CURRENT

So, what should you do if you’re caught in a rip current? The one thing you shouldn’t do is to swim directly against it.


Boating safety: 6 things to know before hitting the lake

Brander uses a series of floating buoys to monitor and measure rip currents, using GPS technology to watch them as they float with the currents. Brander’s buoys show the currents don’t follow any one specific pattern, with some carrying out past the breaking waves, and others circulating around, eventually back toward shore. The circular pattern of some rips has inspired one of most popular safety tips for how to escape: flip, float and follow.

“When someone realizes they are being pulled away from shore, pulled into water that is over their head, their instinct is to panic, to fight to survive and they exhaust themselves very quickly,” Dave Benjamin of the Great Lakes Surf Rescue Project said in the documentary. “So what we advocate is if you are ever struggling in water over your head, you flip, float and follow. You flip over on your back and you float, keep your head above water, calm yourself down from the fear and panic of drowning, conserve your energy and then follow a safe path out of the water.”

“Flip, Float and Follow” is a fairly effective strategy but not every rip current follows that circular pattern. Also, those currents can take anywhere from two to 10 minutes to start pushing people back toward shore, which is a long time for someone to float.

Another common strategy is to swim parallel to shore to pull yourself out of the channel. But Brander’s repeated experiments have shown that, while that can work, it’s not always effective with each type of rip current. Brander has determined there’s no one surefire way to escape a rip current.

“Swimming parallel to escape a rip can often work. In many of our experiments, there was a very high success-rate of getting out of the rip, but it didn’t always work,” Brander said in the documentary. “And the reason for that is that not all rip currents flow straight. A lot of rip currents are rotating eddies. Now, depending on when you try and swim parallel to get out of that eddie, you may actually find yourself swimming against that circulation, which will make things really hard.”

HOW TO AVOID RIP CURRENTS

As important as knowing how to escape a rip current, each beachgoer should know how to swim safely to try and avoid them.

According to the USLA, there are three key rules to follow to swim safely: swim near a lifeguard, follow flag warnings and steer clear of beach structures like piers or jetties.

Peter Davis, a longtime rescue worker and the president of the U.S. Lifesaving Association, called swimming near a lifeguard the biggest factor in staying safe at the beach.

“(Lifeguards) reduce the amount of drownings very significantly,” Davis told News 8. “USLA has crunched the numbers on this and we refer to it a lot; that your chances of drowning in an area that is guarded by a USLA agency is one in 18 million. So, if you compare that to shark bites or lightning strikes or car wrecks or whatever else can happen to you when you’re out there, your odds are really good.”

Most West Michigan beaches don’t have lifeguards. The city of South Haven shut down its lifeguard program more than 20 years ago and in 2021 the city’s beach safety commission voted against bringing it back, citing insurance costs and liability concerns.

Davis disagrees with the committee’s assessment, noting that he is not a legal expert.

“You’re really protected as long as you’re meeting the standard of care. (For any public safety official), most of us have a certain level of immunity when you work in open water compared to a water park or a pool or some human-made body of water,” Davis said. “I think, nationally, we’ve seen it over and over again that, if you’re doing the right things and you’re meeting those minimum standards and you’re providing the right training, if you do lose someone you’re better protected because no one expects it to be 100% (effective).”

RIP CURRENTS ON THE GREAT LAKES

It’s a mistake to only associate rip currents with the ocean. The Great Lakes are big bodies of water and develop rip currents as well, causing dozens of drownings each year.

The most dangerous lake? Lake Michigan.

Benjamin, who spoke with WOOD TV8 earlier this month about water safety, says education for both kids and parents is key. He suggests starting water safety lessons in schools.

“We really do need a water safety curriculum in schools in the Great Lakes region as well as nationwide,” Benjamin said.