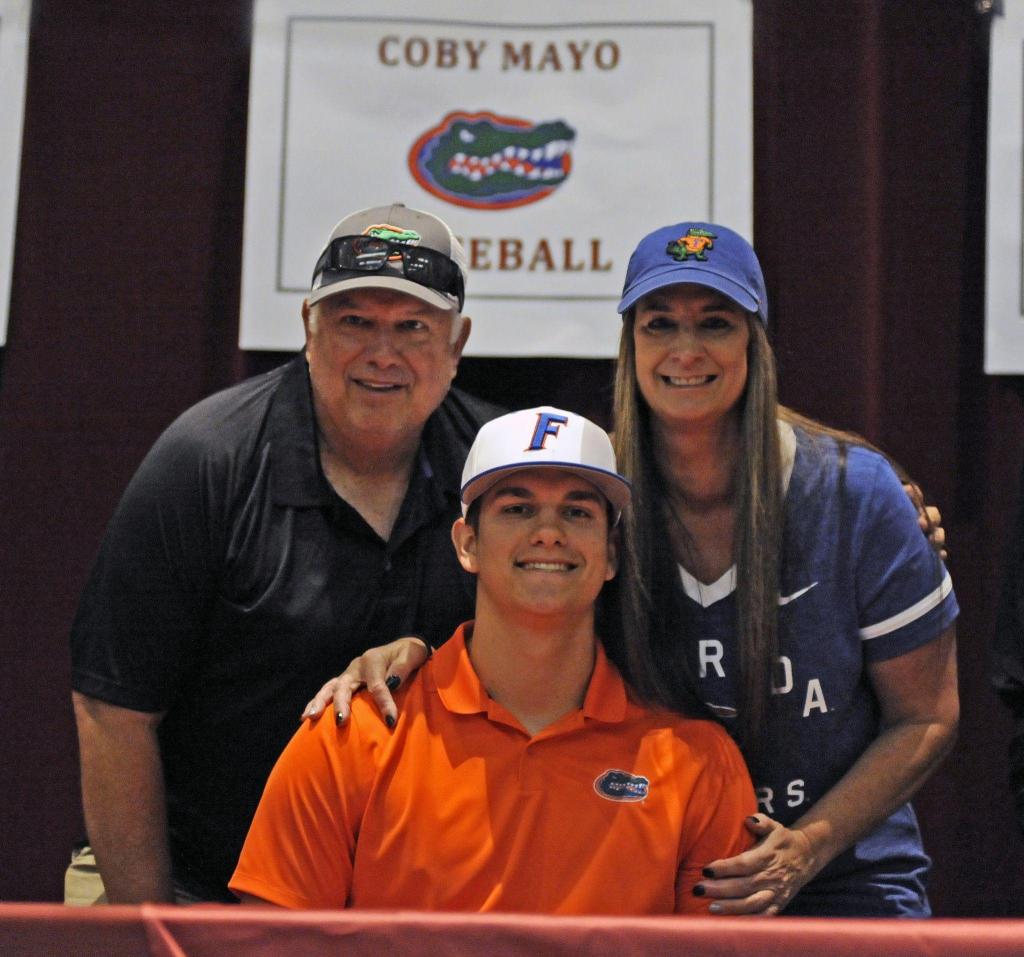 A day after Adley Rutschman’s debut brought an electricity to Camden Yards, Orioles manager Brandon Hyde said it reminded him of the energy he saw at Wrigley Field as an assistant coach when the Chicago Cubs first called up eventual Rookie of the Year and Most Valuable Player Kris Bryant. It wasn’t the first time a player who could play a key role in Baltimore’s future has drawn a comparison to Bryant.

In November 2019, Geraldo Cabrera, the Orioles’ Latin American supervisor, and Rafael Belén, one of the organization’s scouts focused on the region, attended a tournament in Puerto Rico through the International Prospect League. With a team of Florida amateurs in the field, they were told to keep an eye out for any player who might be worth targeting in the following summer’s draft.

“Best player at the event,” Cabrera wrote then in a scouting report. “This kid has a tremendous body and ceiling. Looks like big leaguer Kris Bryant. Plus raw power. … I love this guy.”

Belén added that he was a “can’t-miss prospect.”

“When they’re so high on a guy like that,” Orioles senior director of international scouting Koby Perez said, “if it would be an international guy, like, I’m on the next flight down, you know what I mean?”

Instead, Perez sent an email to Brad Ciolek, who oversees the amateur draft for the Orioles, to let him know how impressed Cabrera and Belén were with Mayo. Baltimore was already aware and scouting him, but adding the input of the international scouts was “like an extra feather in our cap,” said Ciolek, Baltimore’s director of draft operations.

That tournament in Puerto Rico was part of an wide-ranging effort that brought Mayo to the Orioles. The 20-year-old is now in High-A, entering Wednesday as one of only three minor leaguers that age or younger with double-digit home runs.

“The evaluation process for him,” Ciolek said, “touched every corner of our organization.”

Mayo, then a senior at Marjory Stoneman Douglas High School in Parkland, Florida, attended the Puerto Rico tournament because his eventual agent suggested it would be a good place to show off his reworked stance and swing.

After serving as Rutschman’s signing scout out of the Northwest, Brandon Verley became the Orioles’ Florida-based scout, with Mayo on a short list of high school players he inherited that also included outfielders Zac Veen, who went ninth overall in the 2020 draft, and Dylan Crews, a projected top pick in 2023 after attending LSU. Mayo had found success despite aspects of his offensive approach that Verley said “weren’t conventional.” His stance was imbalanced, with the right-handed hitter starting his swing leaning heavily on his back side. In improving that, he also made tweaks to his initial hand load and stride.

“This whole new stance was getting comfortable, and it was kind of just to go show people, like, I can still hit with anything,” Mayo said of playing in Puerto Rico. “People from the Orioles were there and saw me there, which is maybe a reason why I’m here today.

The Orioles watched Mayo regularly in his senior season, which was cut short because of the coronavirus pandemic. Evaluations of his on-field performance shifted to Zoom calls to scout his off-field makeup.

Ciolek recalled how proud Mayo was of his swing adjustments, with video shown to members of Baltimore’s player development staff leading them to believe Mayo was a player who could be successful in their program. The team’s analysts, too, believed his bat speed and power numbers matched those of a player they should target. Verley remembered the strongest impression Mayo left with him was a declaration made repeatedly over phone and Zoom calls.

“His goal was, ‘I want to be a big leaguer as soon as I can, and I’m going to do everything in my power to get myself there as fast as I can,’” Verley said. “He made a comment like, ‘I want to be there at 21.’

“The earlier you get to the big leagues is more of an opportunity,” Mayo said. “At a young age, it’s a better experience. You come out of college at 21, then you’ve got to start this process. But I think if you can get there by 21, you’re years ahead of everybody. That’d be the big goal in mind, but it comes with a lot of hard work and competing at the highest level you can.”

Verley said he knew of teams that saw Mayo as a sixth- or seventh-round talent, citing concerns about his previous swing. But as the 2020 draft and its five rounds began, Ciolek was concerned that another team might target him higher than Baltimore was willing to.

They used their first four picks on college position players, creating enough financial flexibility for themselves to close the draft with Mayo and Iowa high school pitcher Carter Baumler, who pitched three scoreless innings for Low-A Delmarva on Wednesday in his professional debut coming off Tommy John surgery. The Orioles signed Mayo for an above-slot $1.75 million, getting him to forego his commitment the University of Florida, his dream school.

“We were in on not only his ability to perform with him doing some things mechanically undesirable, but just the way that he talked about his process and worked at it and what his peers and his coaches around him said about him,” Verley said. “It just gave us the comfort or the ammo or the belief that, ‘Listen, this kid’s gonna continue to make adjustments and get to where he needs to get to.’”

Mayo missed the start of 2021 with a knee injury, then shined in the Florida Complex League and for Delmarva with nine home runs and a batting line of .319/.426/.555, good for a .981 OPS. Ciolek said early discussions with Mayo, listed at 6-foot-5 and 215 pounds, included his desire to prove his ability to stick at third base.

“He’s answered those doubters to this point, because he moves exceptionally well for a bigger kid and he’s gotten a lot stronger,” Ciolek said. “Coby checked all those boxes for us. … The ceiling is immensely high for him.”

He entered the season ranked 10th among the organization’s prospects, according to Baseball America. Several outlets placed him higher, including ESPN, which had him among the game’s top 100 prospects.

In a recent update, Baseball America lifted Mayo up to No. 5 in Baltimore. With Rutschman in the majors, he won’t be the Orioles’ top prospect much longer. Mayo is a potential eventual successor.

Rutschman’s first game of the season came in a rehab assignment with Aberdeen. Mayo somewhat stole his spotlight, homering twice.

“He’s got extremely quick hands,” Rutschman said that night. “Two bombs, I think that speaks for itself right there. But obviously a very impressive young player.”

Mayo credits how much he’s grown in the past year to the ability to get daily at-bats as a professional, something that wouldn’t necessarily have been the case had he gone to college. He noted the Orioles’ desire for players to challenge themselves to improve.

“Thinking back to a year from now, injured, it’s like night and day,” Mayo said. It really is. Like, the person I am now, I think in the last year, the at-bats I’ve gotten, over 300 at-bats in the pro ball level through FCL and Low-A and High-A, I think it’s been awesome to see the improvements, and I think there’s even more.

“In a year, you can come back and talk to me, and there’s gonna be even more improvements.”

Reminded that a year from now he’ll be 21 — the age he told Verley he wanted to be in the majors — Mayo chuckled.

“If I keep working and keep developing and getting better at the things I need to get better at,” Mayo said, “if those things happen, the right people will lead me in the right direction.”