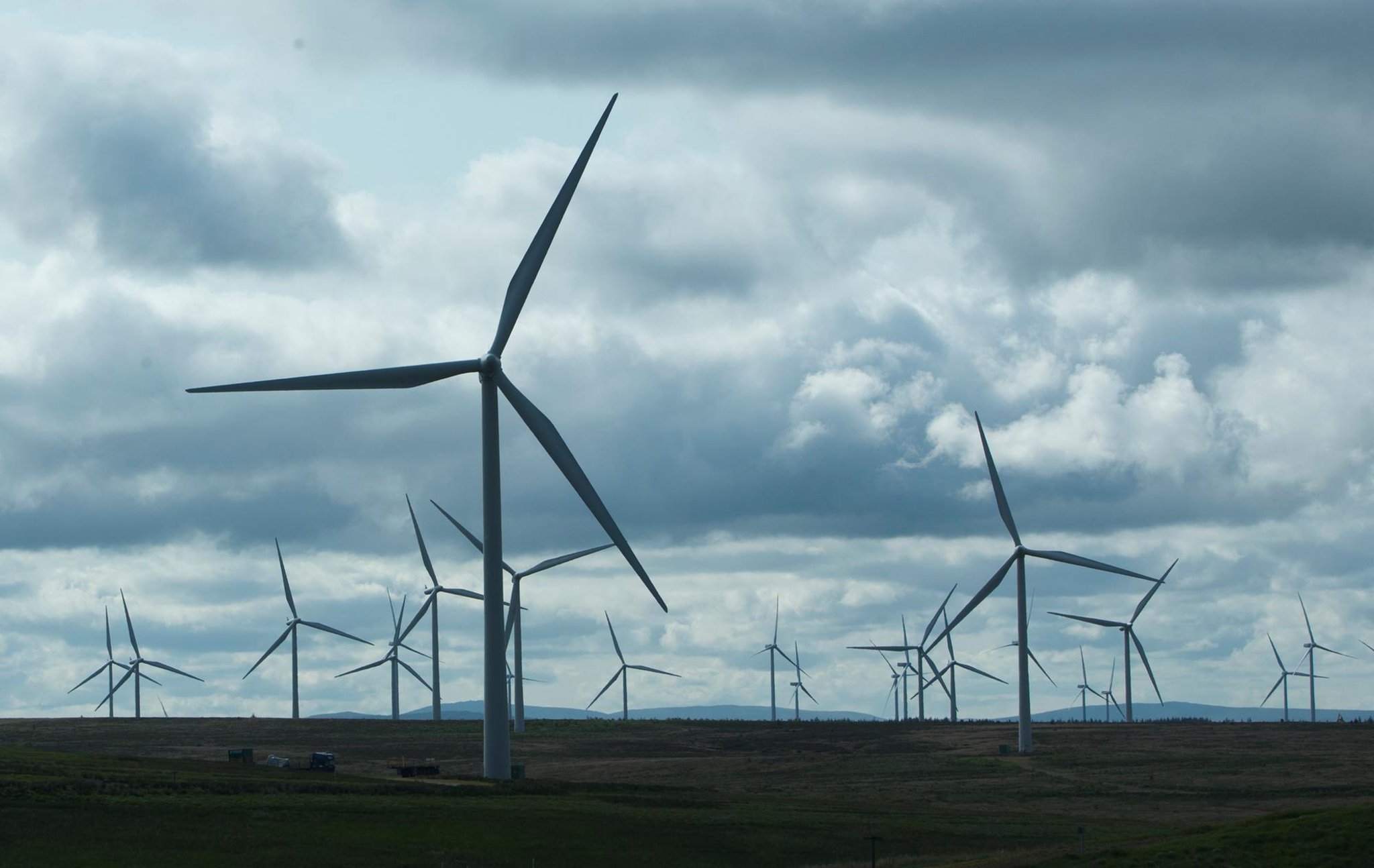 Prime Minister Boris Johnson has reduced plans for more onshore wind farms – which generate thousands of megawatt-hours of electricity every year in Glasgow – in his strategy to ensure the UK’s energy security.

The removal of targets for land-based wind turbines has been criticised by Labour, which had called for a relaxing of the planning regulations around onshore developments before Mr Johnson published his energy strategy last week.

Department for Business, Energy and Industrial Strategy figures show Glasgow produced 8,170 megawatt-hours (the equivalent of eight gigawatt-hours) of electricity through its four onshore wind turbines in 2020.

Mr Johnson said onshore wind farms are controversial because of their visual impact, saying they “will have a very high bar to clear”, but is targeting 50 gigawatts of offshore wind power by 2030, up from previous commitments of 40.

“Wholesale changes” to planning regulations for onshore wind will not be introduced, the Government said, but it will instead consult with communities who wish to host the infrastructure in return for lower energy bills.

Separate national figures, which cover the latest calendar year, show the UK had 14.5 GW of onshore wind power capacity at the end of 2021, but generated less energy than in 2020 – from 34.7 GWh down to 29 GWh.

It also had 11.3 gigawatts of offshore wind power capacity at the end of 2021, up from 10.4 the year before and more than six times as much as a decade ago.

Offshore wind must more than quadruple by the end of the decade to reach the Government’s target.

“The Government has rejected the cheapest, lowest cost, most secure forms of power we have, including onshore wind,” added Mr Miliband.

“We need to make use of every tool in the box to boost our energy independence, so it’s right that Government is looking again at planning rules so that onshore wind can proceed in parts of England where there is support, as it’s the cheapest source of new power and the quickest to build,” said Mr McGrail.

Ms Musat added: “Beyond this strategy, a greater focus on deploying onshore wind as the lowest cost renewable technology and a greater emphasis on improving the energy efficiency of buildings should be key priorities for government.”