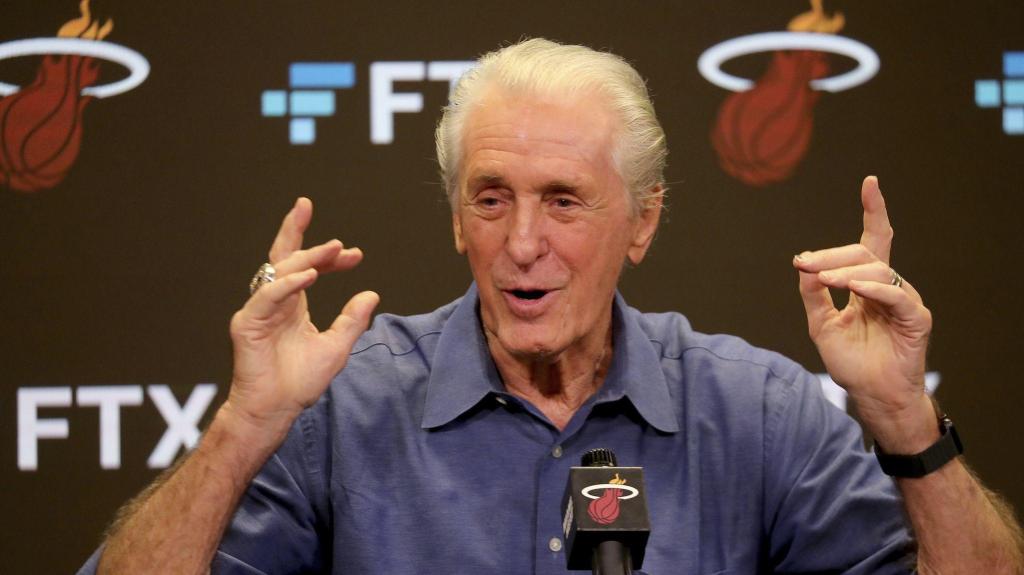 If you didn’t know better, you would think Miami Heat coach Erik Spoelstra already has the answer.

But as the Heat have learned over these past two seasons, assumptions are a tangled web with Victor Oladipo.

As the team headed into its offseason, Spoelstra noted, “You’re going to see a totally different Vic next year by the time he gets to training camp.”

Granted, Spoelstra did not say whose training camp, with Oladipo on the verge of free agency. But the gist of his comments were that gains are still there to be made with the Heat.

For Oladipo, 30, who continues to work back from May 2021 quadriceps surgery, this offseason figures to be as unpredictable as last summer.

That’s when the former All-Star guard was coming off a $21 million salary, with speculation of something similar, something potentially long term, or at least something near the $10 million mid-level exception.

Instead, after switching agents in hopes of a significant payoff, he wound up with a league-minimum $2.4 million one-year deal for a player of his eight-season experience.

This summer, based on somewhat of a revival that included 15 playoff appearances, one more than the total during those first eight seasons, there could be legitimate outside interest. The New York Knicks have long been considered a potential suitor.

“So we’ll see where that goes,” Heat President Pat Riley said this week, “because Vic’s obviously a free agent and we have his Bird Rights and we’ll definitely be talking to his agent.”

The issue is that the free-agency market opens July 1, well ahead of Oladipo’s offseason ramp up, with this the first time in years his body is positioned for such work.

“He’s going into the summer physically able to work at his craft,” Spoelstra said. “He’ll get back to the player that people were accustomed to seeing.”

That player is the one who earned $20 million-plus for each of four consecutive seasons. With the Heat holding Oladipo’s Bird Rights, it is a price point they can match. But with a starting role a longshot in light of the presence of Jimmy Butler, Kyle Lowry and Tyler Herro (at least for now), there appears to be no such role commensurate for such a salary.

What is clear is the Heat would embrace extending the project, with enough flashes of previous brilliance for Oladipo to set up as a quality combo contributor at point guard and shooting guard off the bench.

“Once he got healthy, immediately you saw his presence defensively, and now how impactful he can be,” Spoelstra said. “And then offensively, as the playoffs went on, that’s how funny it is and crazy, like he’s getting in better rhythm in the most pressure-packed moments.”

Riley said the playoffs added an extra layer to the Heat’s considerations.

“There’s a great story in watching him work, watching him come back and then watching him get into games,” Riley said of Oladipo’s progression this past season. “It wasn’t easy at the beginning. When he had 21 in Toronto, then 40 in Orlando and you started to see some of the things he could do again, like you saw in the past.

“And then in the playoffs, I thought he had some great moments for us. He was the kind of player that I felt as the series began to grow, and all of them began to grow, and became more competitive defensively, that you do need players that can break down a defense on their own, or with their quickness and slashing can create their own shots.”

To put into perspective how limited Oladipo’s offseason was a year ago is to consider that he did not begin aggressive court work with the Heat until January.

“He really didn’t have regular-season games and did not have a base of weeks and months to get in a rhythm and a flow, and test your health and then get into a rhythm. There was hardly any of that,” Spoelstra said. “He had some practices starting in January and February, but we weren’t practicing a ton, so it was mostly a bunch of work behind the scenes.”

Now there will be the ability to monitor. But that opportunity largely will be after the free-agency signing period opens.

“Vic has a great work ethic,” Spoelstra said. “I’ve seen him over the years. He’s lived and worked in Miami. When he was healthy, I saw him work. And his capacity to work is extremely high.”

In the end, that again makes the Oladipo market a speculative market, already with at least one fan within the organization, as Spoelstra related from a conversation with assistant Chris Quinn.

“Coach Quinn showed me — look I’m aware of this, I’m fully aware, because I’ve been with him for a full year — but that stat, in the last three years how many games that he had missed, and then how many regular-season games he’s played in the last three years,” Spoelstra said, with that total at 60 over the three years, compared to a standard 82-game regular season. “For him to do what he did in this playoff run is really unheard of.”