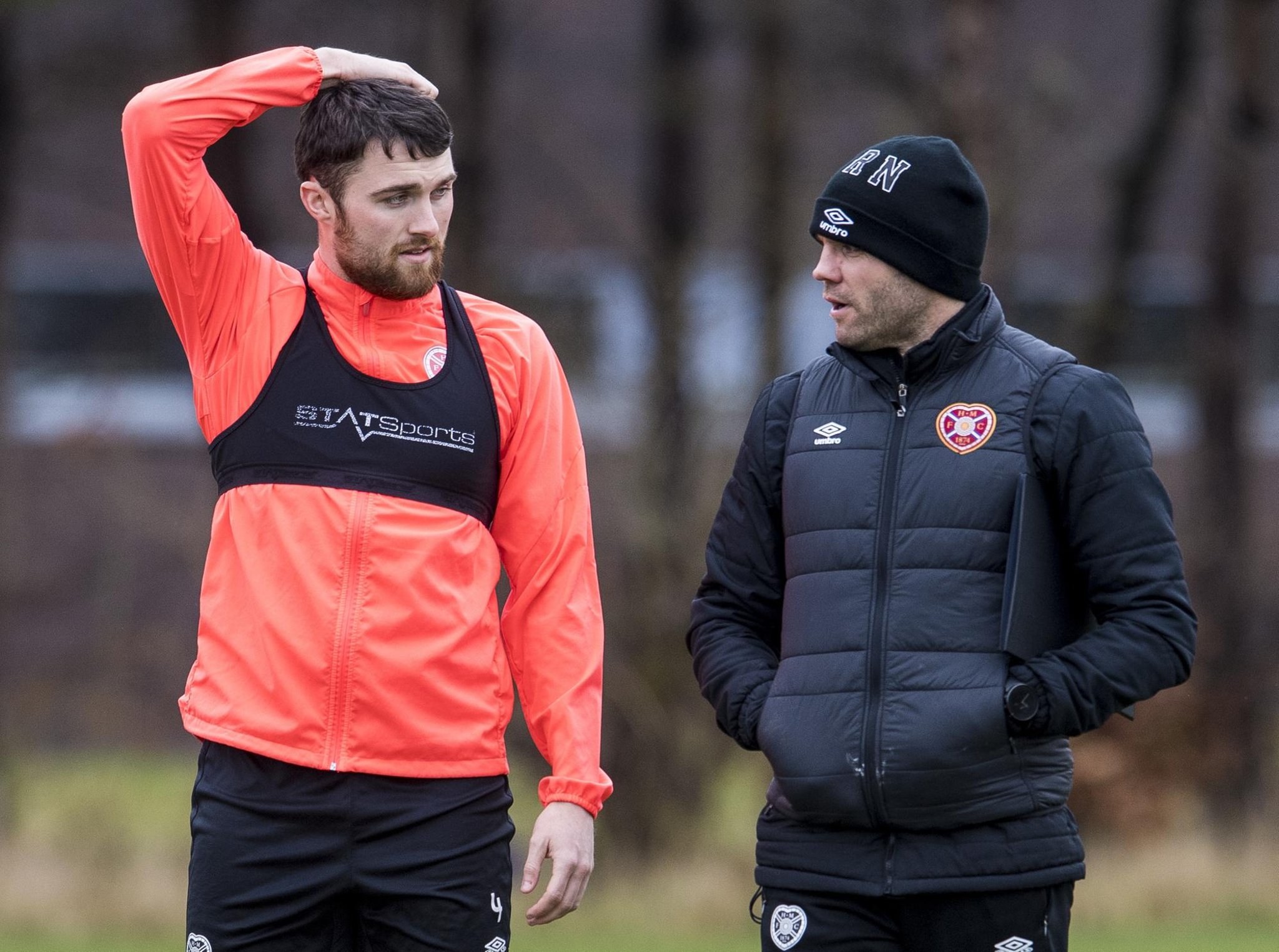 The 25-year-old, who has signed a pre-contract with the Ibrox outfit, is battling back to fitness after he was forced off against Dundee United in early-March with an ankle injury.

It had been hoped that he would be back in time for the May 21 showcase but doubt was cast after his future employers defeated Celtic in the second semi-final.

It now means that the Scotland centre-back could line up against Rangers in his final two matches in maroon, with the last league game of the campaign at home to Giovanni van Bronckhorst’s team on May 14, and the cup meeting a week later.

“John will start running early next week so he will be available for the final which is good news,” revealed Hearts boss Robbie Neilson. “The plan was always to try to get him back for the final couple of games of the season.

“John has big Scotland games in the summer and he wants to be part of them, as does Craig Halkett and Stephen Kingsley and Barrie McKay so they need to make sure they play well in these games and in the final to get in that squad.”

And, Neilson says he would have no qualms about pitching the star defender into the mix.

“No, to be honest, we will pick the best team. We are hoping to have John back for, potentially, the Celtic game [May 7], but definitely Motherwell [May 11], which will give him a run-in to the Rangers game and then the final, and the best players and the best team will play.”

With the World Cup play-off looming and Souttar desperate to force his way back into the squad for the matches against Ukraine and then Wales, Neilson is expecting the best from him.

Michael Smith could feature even earlier, having returned to full training but, after picking up knocks last weekend, both Stephen Kingsley and Andy Halliday will be assessed tomorrow ahead of Sunday’s trip to Tannadice. Craig Halkett saw another specialist yesterday in his quest to make the final after picking up an ankle injury in the Scottish Cup semi-final win over Hibs.