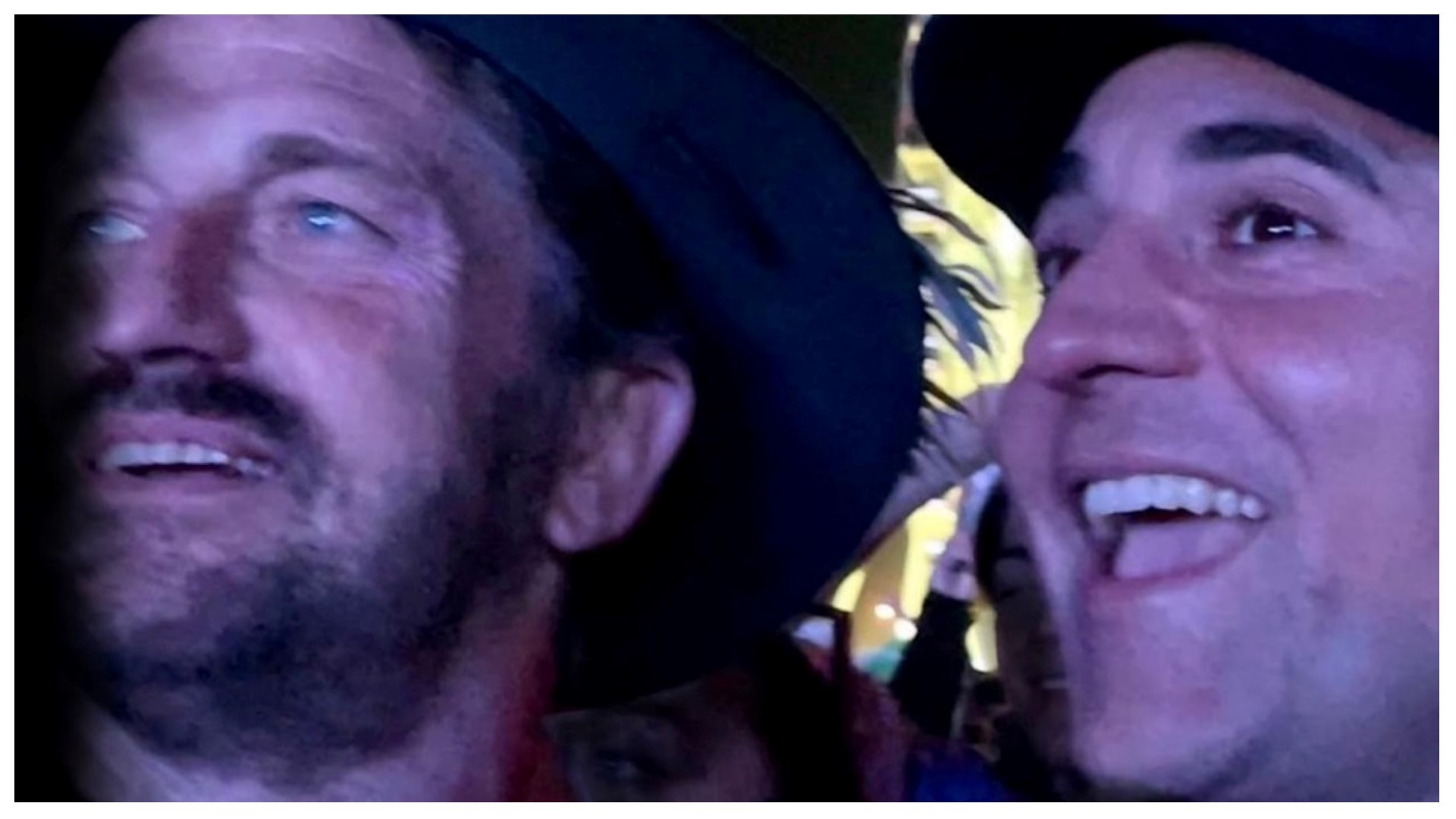 GERARD Butler has been pictured for the first time since the tragic passing of his best pal Darius Campbell Danesh last month.

The actor had shunned the spotlight whilst grieving the loss of his fellow Scot, 41, who was found dead in his US hotel room after complications from the use of chloroethane.

However Paisley-born 300 star Gerard, who reportedly attended Pop Idol singer Darius’s funeral in Bearsden, has now been snapped alongside a fan after agreeing to a selfie.

After the shock death of Darius, Gerard, 52, took to his Instagram to share a photo of his late friend and himself enjoying a concert together.

The actor told how his “heart aches heavily” but that he vowed to celebrate his life going forward.

He wrote: “I am devastated by the sudden passing of my dear friend Darius, a true brother in arms.

“My thoughts and love go to his wonderful mum and dad Avril and Booth and his two brilliant brothers Aria and Cyrus.

“To those lucky enough to have met Darius for more than a few minutes, they were deeply moved by his infectious laugh and barely containable zest for life.

“He was always armed with a smile, a booming voice, and a genuinely warm embrace that few could resist-nor would they want to!!!

“He was an incredible talent, a singer whose voice touched your soul and an actor with great presence.

“But, most importantly, he had the heart of a lion. It was bigger and brighter than the sun and an energy so contagious he could light up a room in seconds.”

Gerard added: “The universe unfolds in ways we may not agree with or even understand.

“Somewhere in there I believe there is, or will be, some meaning in why he left us so early.

“If it was nothing more than teaching us to live with that open heart, putting others first and never taking ourselves too seriously as we learn to traverse this wonky world we live in then, that might be enough.

“But something tells me there will be way more waves created by our boy Darius further down the line.

“My heart aches heavily. But going forward, I will beat my drum louder and celebrate life and its every beautiful moment because my brother showed me that was a pretty awesome way to go about it.”

It was revealed last week that the death was ruled an accident by the medical examiner.

The drug is easily available in pharmacies as pain relief spray.

The Colourblind singer had suffered from chronic pain after breaking his neck in a serious car crash in 2010,

Autopsy documents shared with The U.S. Sun listed “toxic effects of chloroethane” as well as “suffocation” as having contributed to his death.