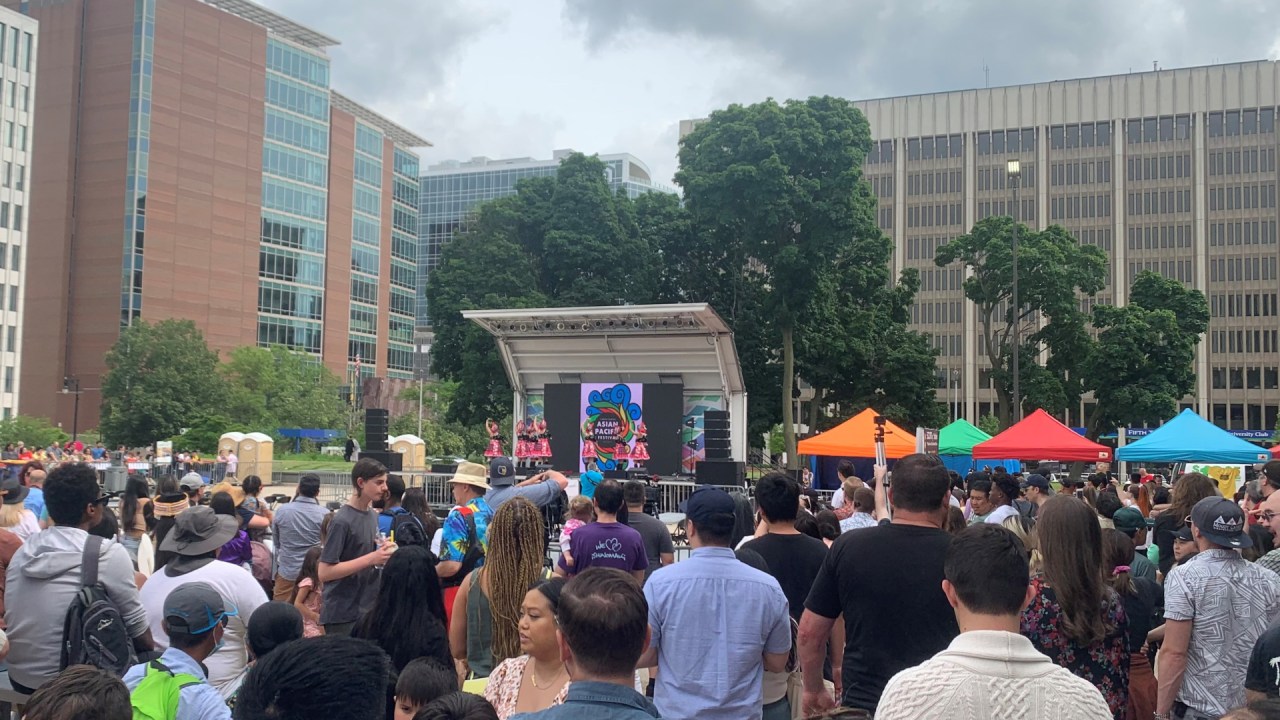 The celebration, organized by the Grand Rapids Asian-Pacific Foundation, kicked off Friday. As anti-Asian hate crimes rise, organizers say the festival is a great chance to break down barriers and connect with one another.

“I know the things we’ve experienced as Asians,” said Ace Marasigan, the executive director and founder of the festival. “We have to build against that. We have to continue to build a strong community together.”

Anti-Asian hate crimes surged by 339% in 2021 from the year before, according to a report from the Center for the Study of Hate and Extremism.

“We ask people to support us — stop Asian hate,” Marasigan said. “Before we can begin that, we have to begin those relationships first.”

Marasigan said he came up with the idea in 2016.

“We just decided there’s nothing for the Asian community,” Marasigan said. “We decided to put something together. Now it’s this, which is amazing.”

This was the festival’s sixth year in Calder Plaza. Like many events, it was canceled in 2020. It returned in 2021 but on a smaller scale than years past.

Organizers say the festival helps different groups learn more about one another.

“A community is built by not just one kind,” May Thao, the festival’s director of treasury, said. “It’s built by many people. Different background, different everything is what makes it a better community.”

The festival brings more than 40 merchandise and food vendors to Grand Rapids.

“Food is the best way to learn a culture,” Thao said. “Not only that, listening to music, performances, different languages. Some of these people don’t even understand the language, and they’re tuning with it, dancing with it, and just grooving with it.”

Sophia Vo and Londyn Lee were on the big stage for one of the many traditional performances.

“It was really nerve-wracking at first because of a bunch of people are looking at us,” Le said.

“I messed up a lot, but it was really fun. People should come out because it’s a great place to get a bunch of food from around the world,” Vo said.

One woman who attended said the festival represents the best of Grand Rapids.

“Culture is everything,” Alona Shaw said. “That’s what Grand Rapids is. It’s so many people coming together. It’s nice to have a sense of community and understanding of one another.”

The festival wrapped up around 11 p.m. Saturday night.