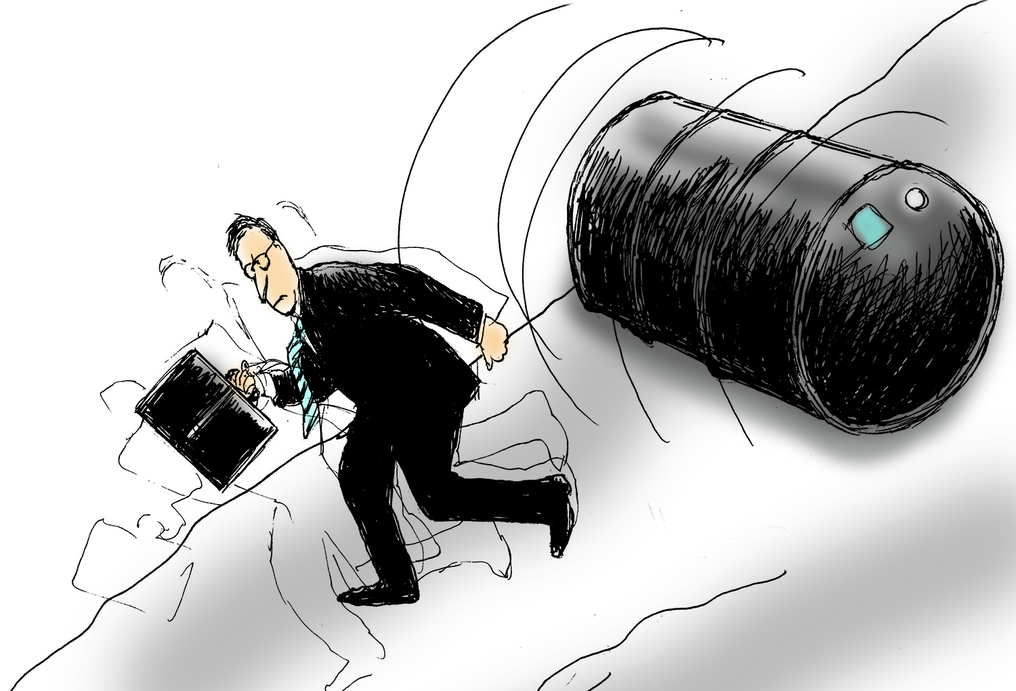 The BDN Opinion section operates independently and does not set newsroom policies or contribute to reporting or editing articles elsewhere in the newspaper or on bangordailynews.com.

Julian Lee is an oil strategist for Bloomberg First Word. Previously, he was a senior analyst at the Center for Global Energy Studies.

The oil market is screaming at consumers to rein in their use of fuel. Governments are doing everything they can to have us to buy, buy, buy. But there can only be one winner in this battle, and it won’t be our elected representatives — or us.

In March, just after the U.K. government announced a yearlong cut in fuel duty, Javier Blas  argued that governments were pursuing the wrong energy policies in encouraging, rather than curbing, fuel demand. He was absolutely right. Evidence of policymakers’ errors is mounting, yet they are doing nothing to correct their mistakes. If anything, they’re only making matters worse.

Pump prices for gasoline and diesel are hitting new highs around the world. In the U.S., gasoline topped $4 a gallon in all 50 states earlier this month for the first time ever, and the peak driving season hasn’t even kicked off yet. National average prices for both gasoline and diesel fuel are above previous highs set during the oil price spike of 2008.

In the U.K., forecourt prices are setting new, unwelcome records, despite a 5-pence-a-liter cut in fuel duty that came into effect in late March. That should have translated into a 6-pence drop in prices, as a 20 percent value added tax is levied on top of the fuel duty. But any benefit was short-lived. Underlying supply and demand pressures have already pushed prices for both fuels back above pre-cut levels.

The problem is fuel stockpiles are at multi-year lows. Inventories of middle distillates — which include diesel, heating oil and jet fuel — across the developed economies of the OECD nations were at their lowest in more than 12 years at the end of March. On the U.S. East Coast, inventories of those same fuels have fallen to levels not previously seen in data going back to 1990. Gasoline stockpiles in the same region fell to their lowest since 2014.

If governments need more evidence that supplies of transport fuels are tight, they should look at the difference between prompt and future prices for fuels. The backwardation in road-fuel markets (where prompt prices exceed those for future delivery, indicating immediate supply shortages) is bigger than it was during 2008, when crude prices hit $150 a barrel.

Rather than recognize that fuel demand needs to come down, governments around the world are doing all they can to prop it up — slashing taxes, maintaining subsidies or berating retailers for allegedly failing to pass on tax cuts in full.  A bill making it illegal to sell consumer fuel at a price that’s “unconscionably excessive” and exploitative is being debated in Washington. Meanwhile, in London, UK Business Secretary Kwasi Kwarteng urged fuel retailers to give drivers a “fair deal” and  warned that the Competition and Markets Authority is now engaged on this issue.

While popular, reducing fuel prices is only going to make the situation worse, as demand for transport fuels picks up during the northern hemisphere summer. And the pain won’t be limited to road transport. Airlines may well bring back fuel surcharges in the coming months; indeed, Portuguese airline TAP already  plans an increase, noting it’s “inevitable that, in the short term, travel prices will increase.”

Cutting taxes at fuel pumps, as the U.K. government and others have done, provides some small and very temporary relief for drivers. But by making fuel more affordable, demand is stimulated relative to what it would otherwise have been. That simply puts more pressure on a supply chain that’s already creaking, driving the pre-tax price higher and quickly wiping out any benefit from the cut.

Painful and unpopular though it is, governments need to let the market work. Those who need help should be targeted specifically, whether they be hauliers or the less well-off.