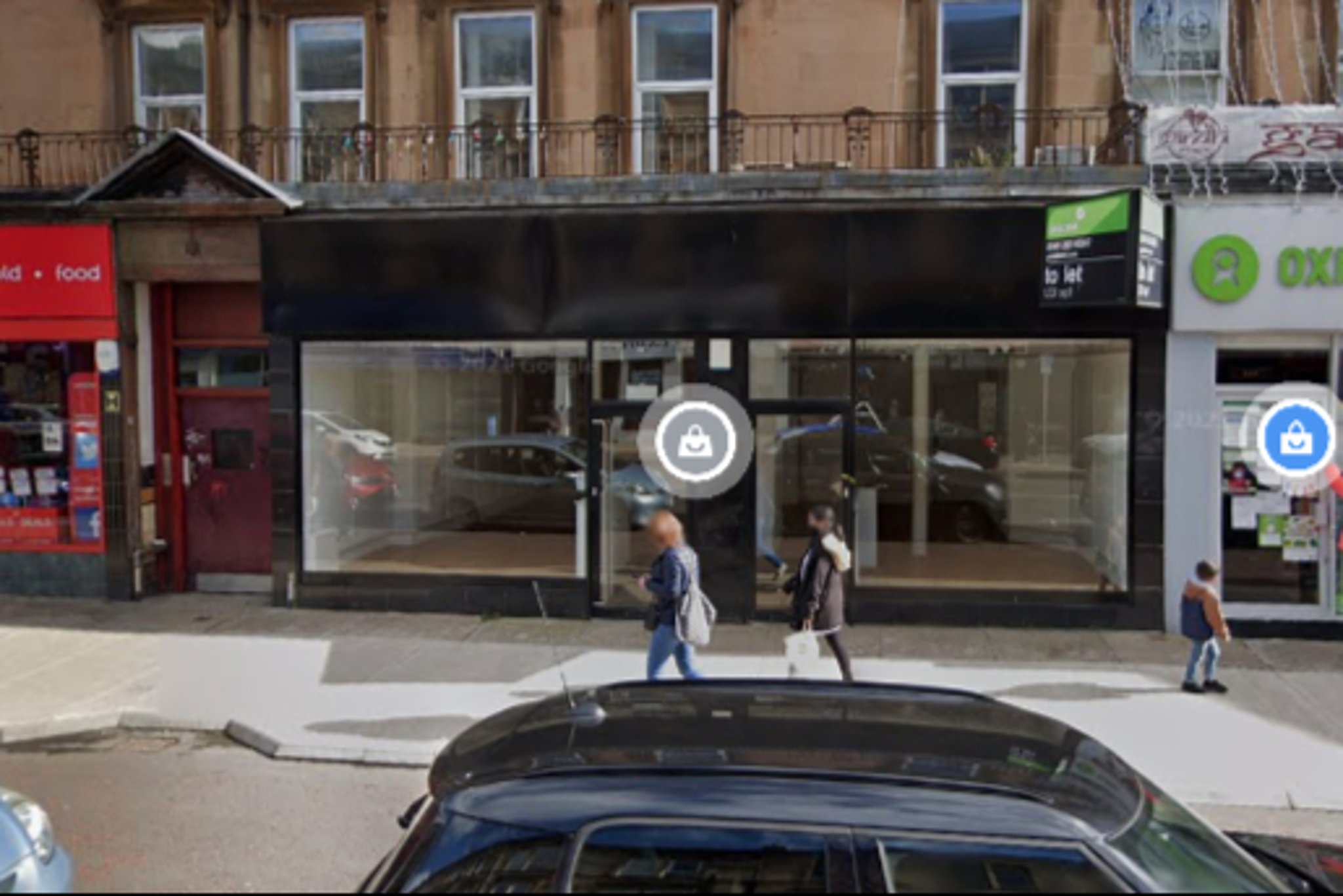 A shop on Victoria Road is set to be turned into a restaurant despite neighbours’ fears over rats, cockroaches and extra noise.

Council planners have recommended Momin Rabbani’s bid to change the use of a unit in a B-listed tenement should be approved.

Residents living in the building, and nearby, have called for the plan to be rejected. They have said the property has already had issues with rats, mice and cockroaches, which would be exacerbated by a new food place.

The empty unit on Victoria Road.

In total, there are 13 objections but the council’s planning team believe the scheme would “bring back into active use a vacant retail unit” and “contribute positively to the character and appearance of the town centre”.

The applicant was granted permission to make alterations to the listed building at 433 Victoria Road in November last year, and approval for the change of use bid would allow the restaurant development to go ahead.

A previous plan to turn the former charity shop into a takeaway was rejected in May 2021. There is a “small” takeaway element to the new proposal.

The latest application stated: “The proposed new restaurant will not only see a new dining experience introduced into the area but will also see the recycling of an otherwise vacant unit which if left vacant would rapidly become a major disamenity.”

It claimed Victoria Road has “deteriorated markedly” due “in no small part to parking restrictions” and the “imposition of cycle lanes”.

The restaurant, which would open until midnight on Friday and Saturday and 11pm during the rest of the week, would have internal bin storage.

One neighbour stated residents have “worked hard” to deal with mice and cockroaches and if “waste is to be kept inside in large amounts, as proposed, mice will be attracted again”.

She added noise levels are already “very high” due to an existing takeaway and the problem will be “exacerbated by another takeaway being placed below until 11pm/12am”.

Another objector said there are already a lot of takeaways, cafes and restaurants on the street. “We do not need yet another one which will increase the vermin, noise and parking issues.”

A second neighbour said the street is “already overrun with messy, dangerous, smelly bins that ruin the façade of the Victorian street. The proposed bin area isn’t sufficient.

“There are already too many late night takeaway restaurants in the area which are a huge contributor to the extreme problems with rats which residents are struggling to keep under control already.”

Another resident said: “This is still an application for a takeaway. The addition of two tables and eight chairs does not make this a restaurant.

“There is an ongoing problem with commercial properties and waste disposal on Victoria Road leading to overflowing bins at the front of the residential properties which are unsightly and contribute to rubbish on the street regularly.”

She added the claims about parking restrictions and cycle lanes are “at best tenuous”. Bike routes help to combat climate change and pollution and improve health, she said. “Another fast-food premises contributes nothing to Victoria Road.”

However, planners have said the internal bin store will “allow the property to accord with the council’s trade waste procedures” and the flue will be “suitably discretely located”.

A report to the council’s planning committee added the proposals are “deemed to respect the period, style and historical character of the category B-listed building”.

“The proposal would bring back into active use a vacant retail unit and would therefore contribute positively to the character and appearance of the town centre.”

It added: “Should an operator in the future begin to operate as a hot food takeaway, then a complaint to planning enforcement should be made, as this would be an unauthorised change of use.”

Glasgow’s planning committee is expected to make a decision on the application today (Tuesday).