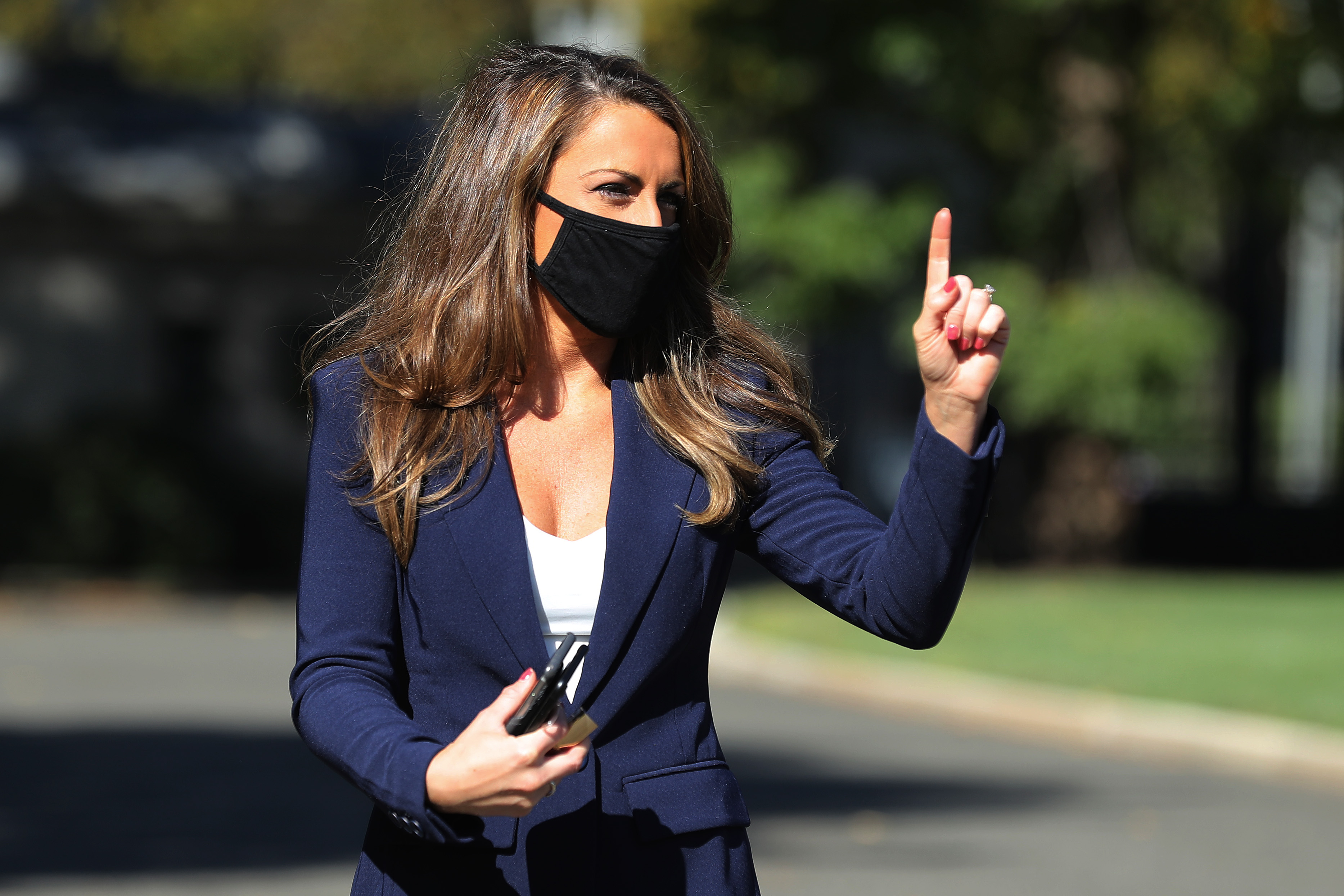 Former Trump admin aide Alyssa Farah Griffin predicted on Sunday the GOP would use the ex-president to help win the midterms before dropping him for the 2024 presidential elections.

Griffin, who served in various White House rolls including the director of strategic communications during former President Donald Trump‘s time in office, said she believes Republicans will keep him around for fundraising during the midterms.

“Republicans are going to keep him around through 2022 because he will be helpful in winning back House seats, getting back the House majority,” she said on CNN‘s State of the Union. “He is monster fundraiser. He does have a death-grip on the party.”

Ahead of the midterms, Trump is exerting his influence on the party, making endorsements to various candidates who have aligned themselves with him. He has also endorsed primary challengers to Republicans who have spoken out against him, including Georgia Governor Brian Kemp.

But Griffin said she wonders if “there starts to be a break” among Republicans after the midterms.

“If I’m reading the tea leaves—how can this guy beat Joe Biden? I don’t see him being more popular,” she said.

She instead said Republicans would be better off with a different presidential candidate and that those in the party should ask themselves, “What can Donald Trump do that Mike Pompeo, Mike Pence, Tim Scott, Nikki Haley can’t do?”

“All of them that don’t have this cloud of January 6th and having led an insurrection on their back,” she added.

Trump continues to tease a potential 2024 presidential run, with polls showing mixed results on who would be favored in a rematch between Trump and President Joe Biden.

But some indicators show Republicans may not be completely sold on the idea of a second Trump term. A poll released this week found that a majority of Republican primary voters believe the party needs a new candidate. In the poll, Florida Governor Ron DeSantis was by far the most popular of Trump’s potential Republican challengers.

Following the January 6 riot, Griffin has condemned the former president’s actions surrounding the 2020 election. She said in May 2021 that she would not vote for him if he were to run in 2024.

She also called a second Trump term a “nightmare scenario” in November and is cooperating with the congressional committee investigating the January 6 riot.

Newsweek reached out to the Republican National Committee for comment Sunday morning. This story will be updated with any response.