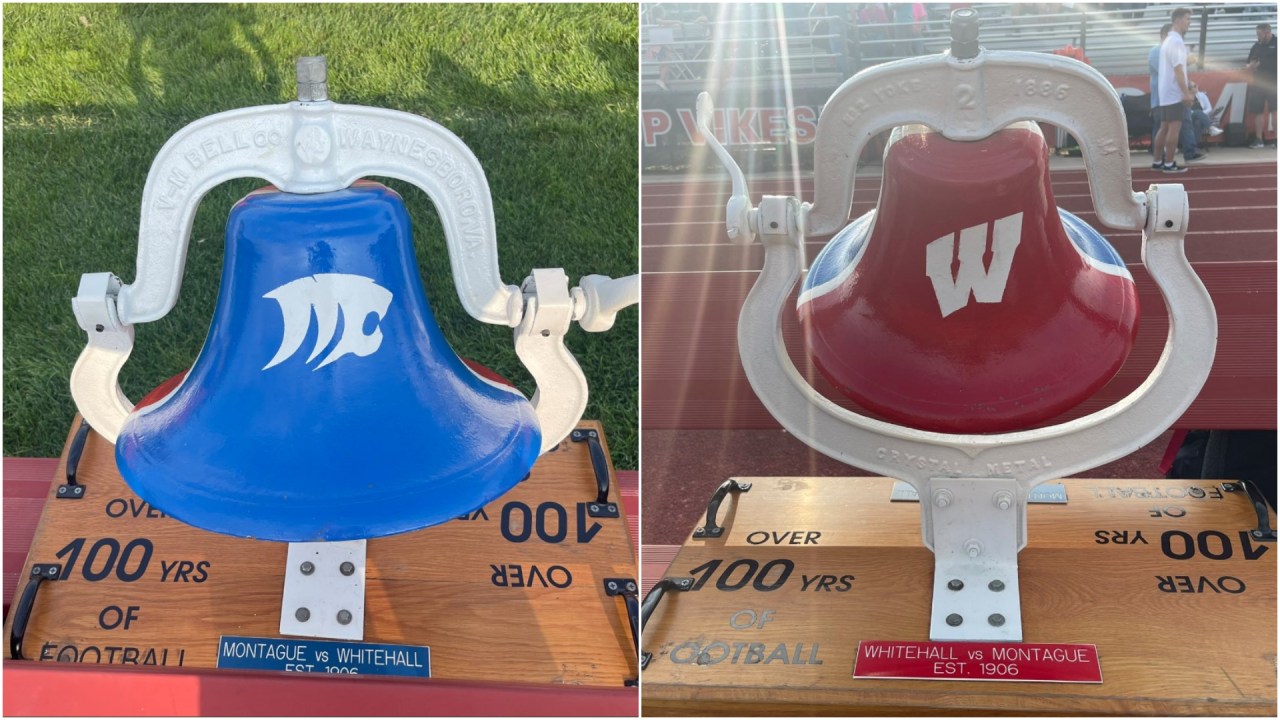 WHITEHALL, Mich. (WOOD) — Friday night is the big game for cross-town rivals Whitehall and Montague, who will battle it out for an unconventional trophy.

Battle for the Bell is a tradition dating back to 1906, making it one of the oldest rivalry games in the state. Neighboring towns Whitehall and Montague cross the bridge over White Lake to come together and play each other in hopes to win the hundred-pound bell, which is painted half red, half blue. The tradition is so old that nobody seems to know exactly why the trophy is shaped like a bell.

This Friday, it’s Montague’s turn to take the trip across to Whitehall. They are looking to bring the ball back to their side of the river after Whitehall beat them last year.

“This is definitely the biggest game of the season — that and the state championship. We know all the kids on the Whitehall side, they all know us. It’s all on this game … we really wanna win, we’re working really hard to win,” said Silas Jancek, a linebacker for Montague.