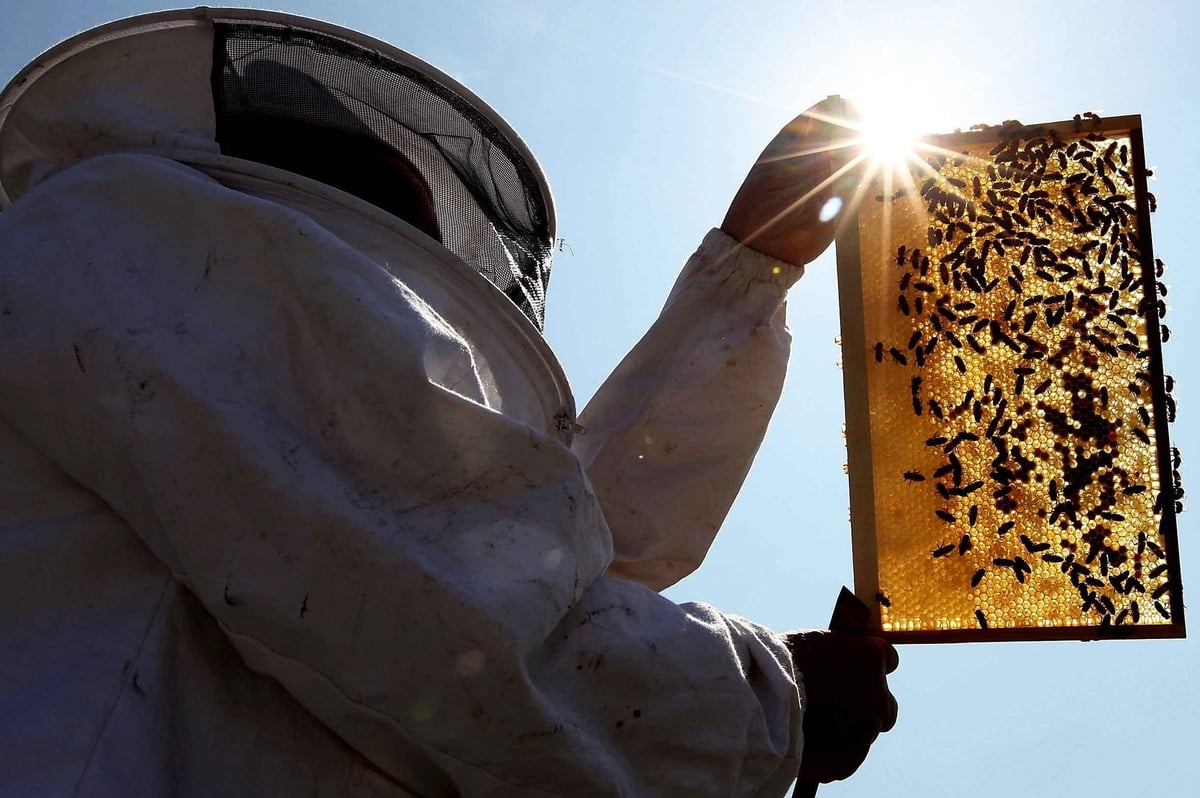 Beekeeper and Chairman of The London Beekeepers Association John Chapple installs a new bee hive on an urban rooftop garden in Islington. He has told ther bees about their new master (photo: Getty Images)

This week’s edition of First News sheds a spotlight on and focuses on the monarchy and royal protocol and what will now happen now that the Queen has died.

The bees hear about their master

The royal beekeeper has informed the bees at Buckingham Palace that the Queen has died.

What will happen to the Queen’s corgis? (photo: Getty Images)

John Chapple told Mail Online that he travelled to the palace and Clarence House on Friday September 9 to deliver the news to the royal bees.

Mr Chapple placed black ribbon bowties on the hives before quietly telling them about Her Majesty and sharing the news that they have a new master – King Charles III. He said: “You knock on each hive and say: ‘The mistress is dead, but don’t you go. Your master will be a good master to you.’”

Legend has it that if you don’t inform the bees about a change in master they might stop producing as much honey.

Buckingham Palace is home to five beehives, while Clarence House has two. There are thought to be about 20,000 bees in each one, although this can change each year.

There will eventually be changes to money and stamps (photo: Simon Bradfield)

The Queen’s beloved pet corgis are being rehomed by her son.

Prince Andrew and his ex-wife Sarah – the Duke and Duchess of York – are keeping two of the royal pups. Muick and Sandy will go and live with the couple, who are still very good friends, at Royal Lodge in Windsor. A third pup called Candy (a cute dachshund/corgi crossbreed known as a dorgi) will also be given a new home, but it’s not yet been revealed where.

[Picture caption: The Queen with Candy]

Although these things will eventually have the face of King Charles III on them, that won’t happen for a while. And in the meantime, people can keep using money, stamps and even their passports as usual.

There are billions of UK coins and notes in use around the country, so it’s simply impossible to switch them to a new kind quickly. As a result, expect to be seeing and using things with the Queen’s portrait on them for many years to come.

New designs with the King’s face will need to be checked and approved by lots of people before they start to be made. One feature on new coins that is very likely is that the King will face left. That’s because the Queen’s portrait always faced right on coins and it’s traditional to swap direction with each new monarch.

One thing that can be changed more easily is the national anthem, with the words switching from ‘God Save the Queen’ to ‘God Save the King’.

Read more about the Queen and the new King Charles III in this week’s First News, on sale 23 September.