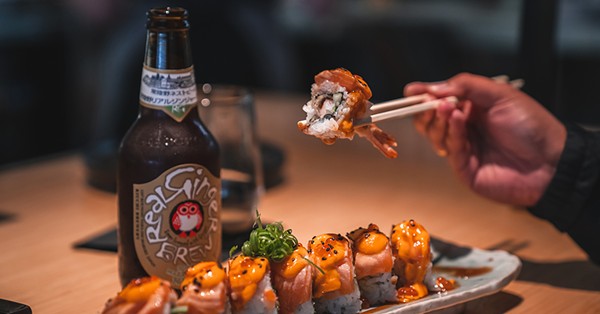 A restaurant called Tigerlily is set to open in the former Antihero space in downtown Ferndale after a major overhaul under new owners Hometown Restaurant Group.

Tigerlily maintains the Asian influence of the izakaya-themed Antihero, with a menu featuring sushi and small plates shareables. It also has kept the murals painted by Detroit-area pop artist Glenn Barr.

“This is a new kind of sushi that Detroit hasn’t seen,” Vasquez says in a statement. “We are taking an Edomae style of sushi and bringing in different contemporary flavors and techniques. We are creating a new style — not like New York sushi, but fusing it with different cultures while still being authentic to what sushi is. It’s really an expression of a fun new concept that’s a bit more sophisticated and unique.”

The 4,000-square-foot Tigerlily space was redesigned by Birmingham architects Ron & Roman, including a marble sushi bar and a bamboo countertop. The new restaurant also includes a private “omakase” room where guests can dine on a multi-course meal designed by the chef.

An attached tiki bar called Mai Tiki is also planned to open in the near future, but an opening date has not been set.

Formerly owned by Working Class Outlaws, the restaurant group that owns Ferndale taco spot Imperial, Antihero has been closed since 2020. The restaurant was acquired by Hometown Restaurant Group in 2021, which also owns and operates Ferndale’s Public House, One-Eyed Betty’s, Pop’s For Italian, and the former Rosie O’ Grady’s.

More information is available at tigerlilyferndale.com.