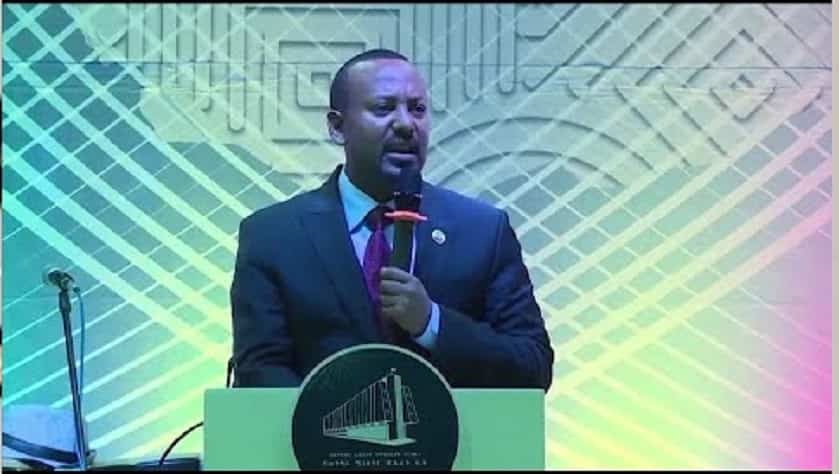 The answers to the following questions may be helpful in formulating and developing policies  as the Ethiopian government is focused on bringing peace, national unity, prosperity, and positive transformation in leading Ethiopia to the promised land. If the intellectual community reflects their well-considered and constructive views in answering these challenging questions, your collective input and perspectives will be helpful when   policy makers are confronted with them. The aim is to engage the intellectual community for open and honest discussion. All constructive ideas are welcome. Please share your papers and recommendations with the cognizance that there are others who subscribe to the opposite viewpoint and ideology.

Ø Will the TPLF leaders, Debretsion G/Michaël, Getachew Reda, General Tsadkan Gebretensae, Tadesse Worede who are responsible for treasonous acts, untold deaths and destruction in Ethiopia ever face justice or escape it all together, when all is said and done?

Ø Should the Ethiopian government consider negotiating with the above-named people of TPLF? Why or why not?

Ø How is the rebuilding of the nation going to be paid for? Will the TPLF group that is said to have stolen billions from the Ethiopian coffers be forced to pay for rebuilding the regions that they looted and destroyed? Will the rebuilding effort and joining the national army help the jobless youth gain employment in the process?

Ø Will the release of Jawar Mohammed and his coteries, collaboration with Merara Gudina’s OFC party and now Lemma Megersa, help or hurt the prospect of doing away with ethnic federalism? Will there be a need to disarm all ethnic based militia to help the federal government of PM Abiy consolidate power as head of the national army? Will this apply to all ethnic groups uniformly. Or should all the ethnic militia remain armed?

Should “Oneg-Shene,” and others like them be disarmed or deracinated sooner than later? If so, what is the hold up?

Ø If the President of Eritrea is out of power for whatever reason, will Eritrea remain a friend of Ethiopia? Will the remnants of the TPLF reignite the concept of “Greater Tigray”? If so, what are the ramifications for Ethiopia and what counter measures are being considered?

Ø Should the Ethiopian government and news outlets refrain from referring to Wolkait as western Tigray? Will all the territories annexed by the TPLF from Amhara and Afar regions be returned to the historical owners? If not, how does it get settled in a peaceful way? If so, will the Ethiopian Government privatize land and/or abolish a land tenure system which places land ownership rights under the ownership and purview of ethnic based governments?

Ø Should the Ethiopian government seriously consider giving dual citizenship to Ethiopians and their children who are born in the Diaspora? How should the Ethiopian Diaspora be represented to participate in Ethiopia’s development? What are the priorities?

Ø Should Ethiopia do away with kilil and divide the country into just five regions: NORTH, SOUTH, EAST, WEST AND CENTRAL? This way the people that currently reside in those regions will become its residents without being divided by language and Ethnicity? Or should natural water boundaries divide the provincial administrations as before where each region has access to water?

Ø Will the above arrangement do away with regional ethnic militia needs?

Ø Is having an ethnic militia necessary if Ethiopia has a strong national army in which the ethnic groups are represented? Should the local police be enforcing the law in region; or should there be a federal police law enforcement program for each region uniformly?

Ø Do all Ethiopians have similar or common identity, history, culture, and character that they believe in, despite the presence of language differences? Can we bridge our differences without conflict?

Ø Should the high school graduation requirement include proficiency in at least one other major language in addition to Amharic to be able to graduate?

Ø Should Meskel Square be renamed: “PUBLIC SQUARE” and be used freely by all ethnic and religious groups?

Ø Should the Ethiopian flag be just the clean, GEEN, YELLOW AND RED? Should there be a national protocol which elevates the National Ethiopian flag to be of higher importance than regional flags, the reginal flags being subordinate to the national?

Ø How should Eritrea & Ethiopia continue to work and collaborate with each other for the benefits and defense of both nations.

Ø Does the Ethiopian Educational system meet African standard or expected international standards like Seychelles, South Africa, Kenya etc.? If not, what should be done to bring it to acceptable standards?

Ø Should good citizenship and (Gebre-geb) be taught in schools.

Ø Should we have a clearing house led by unbiased intellectuals that recommends history books that reflects the true and undisputed history of Ethiopia to be used in educating the new generations of students to know the true and unifying history of the nation?

Ø Is land reform needed in Ethiopia? How can land distribution equitability be assured?

Ø Should there be unhindered movement of labor, capital, and people so that businesses can invest in any part of Ethiopia without limitations of language and ethnicity?

Ø Should Ethiopia remain a non-aligned nation in its international relations?

Ø Should all Ethiopia’s historical sites like Adwa, Lalibela, Bale Mountain national park etc. sites be under federal protection as historical Ethiopian sites or under regional control?