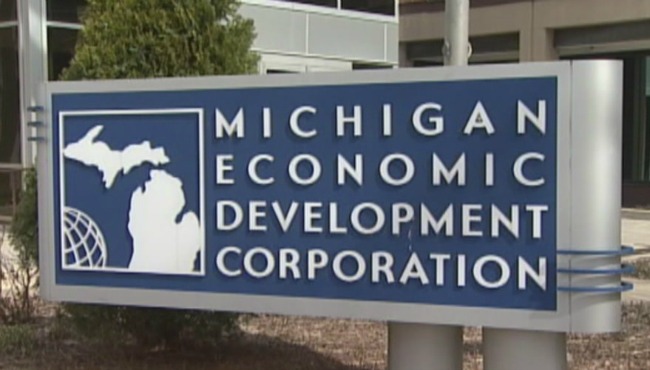 CALEDONIA TOWNSHIP, Mich. (WOOD) — An insurance company that expanded in Caledonia Township more than a decade ago no longer expects to create 1,400 jobs.

The Michigan Economic Growth Authority program awarded Farmers Group, Inc. an 18-year state tax break in September 2009 to support the expansion of its office, printing and distribution centers. But the incentives came with conditions: the company would need to create and sustain 1,400 qualified jobs by 2027.

On Tuesday morning, the Michigan Strategic Fund Board agreed to scale back the incentives by two years and trim the new jobs requirement by 500. Under the new conditions, Farmers must create a total of 900 qualified jobs statewide by Dec. 31, 2024.

The company tax credit is now capped at just over $26 million, which it could receive in the 2021-2026 tax years. Farmers has already received approximately $22.5 million in tax incentives from the MEGA program.

Farmers requested the tax credit changes after watching its workforce shrink at the start of the COVID-19 pandemic. Under the prior tax credit agreement, the company would have needed to create and sustain 1,000 qualified jobs by the end of this year. Farmers hit that job creation goal in 2017 but didn’t hold onto it. The number of qualified jobs dipped to 906 in 2020 and an estimated 823 last year.

According to a memo from the Michigan Economic Development Corporation’s director of business compliance, Farmers “indicated it has had difficulty attracting and retaining employees during the pandemic,” and was actively recruiting for more than 820 jobs nationwide as of April 22.

The company told the MEDC it is “increasing flexibility” for workers to keep a hybrid remote work schedule in hopes of attracting more workers from outside the area.