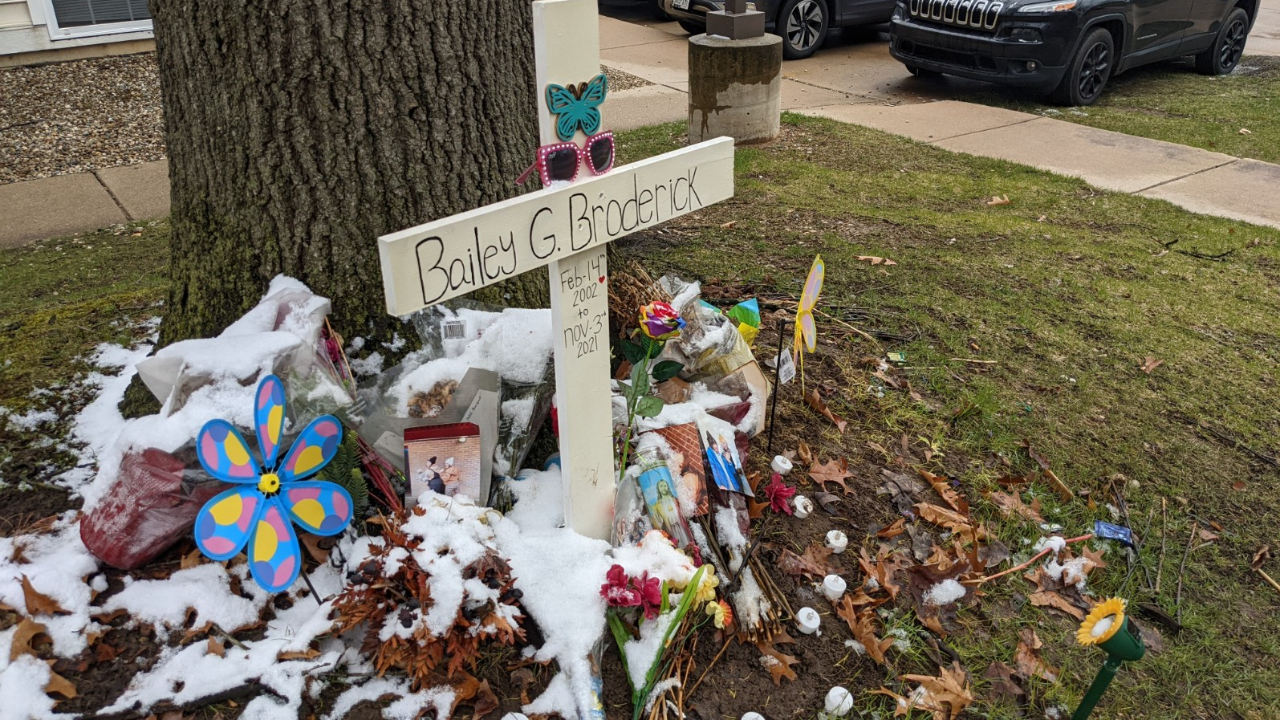 The driver faces charges of operating under the influence or while impaired by liquor causing death, moving violation causing death and having a BAC of .02 to .07% while under the age of 21, court documents show.

A warrant for his arrest was issued Wednesday.

The charges are in connection to the death of Bailey Broderick, who died after a crash on Nov. 3, 2021, on Fraternity Village Drive in Kalamazoo, her family told News 8. She was hit by a vehicle when she was crossing the street.

Her family previously told News 8 they believe the driver was under the influence.

“He was supposed to be a designated driver that day,” her mother, Colleen Broderick, told News 8 in April. “There are witnesses to him saying, ‘BS, I’m going to go drink anyway and drive.’ So he was willing to risk people’s lives and look what happened… It was all those choices that brought it to killing our daughter. We want justice for her and think that she deserves it.”