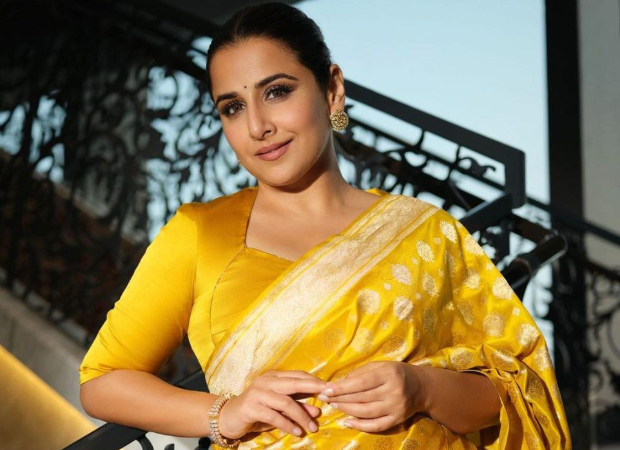 Vidya Balan is currently basking in the success of her recently released film Jalsa also starring Shefali Shah. The film directed by Suresh Triveni of Tumhari Sulu fame sees Vidya essay the role of a well-known journalist Maya Menon who believes in asking the tough questions until she lands in a situation that puts her ethics and morals in question. Shefali Shah, on the other hand, essays the role of Rukhsana, Maya’s house help and a motherly figure to Maya’s son Ayush who is suffering from cerebral palsy. In a recent interview with Bollywood Hungama, Vidya said that she had initially refused to play the role of Maya but credits the pandemic for making her reconsider the gray character. “The first time Suresh narrated it to me, I thought it was an extremely well-written script. But I did not have the guts to do it at that time. So I said no. But thankfully, the pandemic changed something in me and I think I re-read the script. And I felt more ready to explore the gray side of Maya Menon and I think, therefore, of me, also. I ended up doing the film. I’m so grateful I did it because it’s been one of those unmatched experiences that I’ve had as an actor,” she said.

EXCLUSIVE: Vidya Balan on her script choices- ” I get fed up very easily. I need things to challenge and excite me”

While the film has received critical appreciation, Vidya has also been receiving an overwhelming response from the audience. “People are writing us long messages. I actually had someone share something very personal with me about how they were actually in an accident but had to flee. The person didn’t die, thankfully. But I think they ran over someone’s foot and they couldn’t stop and help because they were in a place where there were lots of women in the car, and they didn’t feel secure about stopping in the middle of the night there and attending to that person. And they fled. I think the film has touched people in a very deep way. And that that is very, very gratifying and fulfilling. The reactions have been astounding to say the least,” she said.

The film had several intense moments as the narrative progressed. One of the most hard-hitting scenes was that of Vidya yelling at her son in a fit of rage. The actress considers that to be the toughest scene in the film. Director Suresh Triveni revealed that Vidya would break down after doing the scenes and would go to a room and cry. “All the preparation that I put in for this film was geared towards that one scene. Because I had to be brutal with a child and a beautiful child at that. And that was heartbreaking for me. Thankfully, I got through it.  Surya (the actor who plays Ayush), I think the amazing thing about him, I have to mention is that he was very clear in his head that I was saying this to Ayush. Maya was saying this to Ayush and not Vidya saying it to Surya. I remember the first time I met him and I asked him, I said, ‘you’ve been through the scenes, what do you feel? I’m nervous about this scene’. He said, ‘I know this is acting. My mother would never say this to me.’ And I thought that was just amazing,” Vidya said talking about the impactful scene.

Sharing his memory from the day, the Suresh Triveni added, “Every time Vidya would say that line, she’ll walk up from there, come near the monitor, go inside a room and she would have tears. I remember when I met Surya later after the shoot, and the first thing he said was ‘Vidya ma’am cried’. And this boy had a smile on his face. He was just understanding that this is a crucial moment and I need to hold up like an actor. Hats off to Vidya and Surya. They are incredible.”

Apart from her exceptional acting skills, Vidya Balan is now also associated with bringing interesting films with great concepts. Whether it is Tumhari Sulu or Sherni, the actress has always meticulously chosen her projects. Ask her what kind of script makes her say yes, Vidya shares, “It has to touch me. It has to move me and not necessarily to tears. I have to be able to connect with it. If I feel like, ‘Oh, wow, this is something I like to watch. This is something I’d like to do’. It’s very instinctive. But yes, I look for new things to do because I’m very impatient and restless as an actor and as a viewer. I get fed up very easily. I need things to challenge and excite me. I’m being offered very exciting content. I’m really spoiled for choice.”

Vidya Balan is also known as the ‘hero’ of our films. While audiences have been showering love on female-driven films, is the industry ready for the change? Answering the same, she says, “That change has been underway for a while now. You know, obviously, with more such films doing well, more such films will get made. Hopefully, one day there’ll be an equal number of female lead and male lead films. And maybe we won’t even have to mention that when we’ll be walking in to watch a film. And in some cases, the hero might be a man, and in other cases, a woman. So I think that that perception is definitely been changing for the past, I think more than a decade now. Slowly but surely. I think Jalsa also has sort of solidified that because the number of people who’ve been messaging me saying, ‘Oh, wow, two women like helming the film, and you don’t need a male hero’ and all of that.”

ALSO READ: EXCLUSIVE: Jalsa director Suresh Triveni on unveiling the plot early on, the scene that gave him a nightmare and Vidya Balan breaking down on set