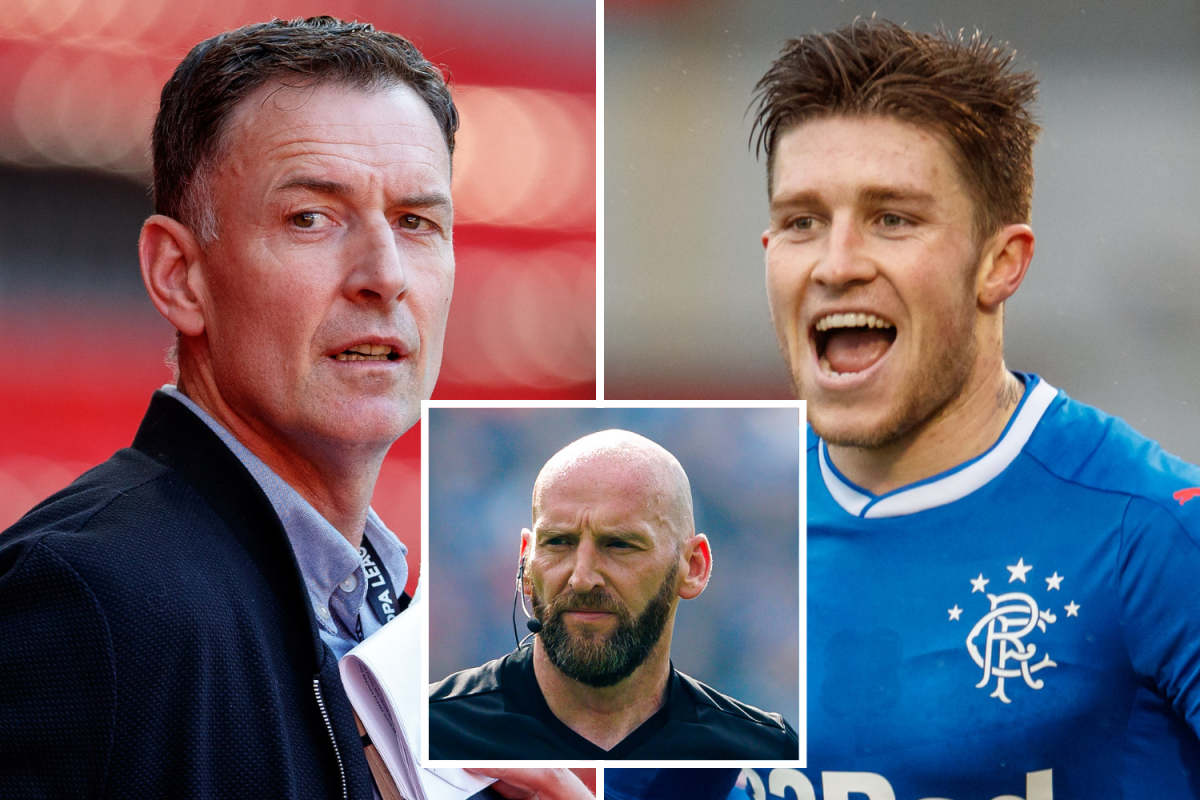 Madden came under severe criticism from Sutton who was on commentary duty during yesterday’s Scottish Cup semi-final.

The former Parkhead star slaughtered the whistler in the first half before claiming Madden was ‘embarrassing himself’.

Despite the hammering, Madden took to social media just after dinnertime last night to share a ‘Happy Easter’ message to his followers.

It was posted alongside a picture of the 43-year-old leading the two teams out at Hampden.

Ex-Rangers ace Windass – who hasn’t featured for Sheffield Wednesday since February through injury – was quick to comment on Sutton’s post when it was uploaded.

Again, no words were used as the winger simply replied with three laughing faces.

Sutton claimed Madden’s afternoon was one of the WORST he’s seen for a long time.

The 43-year-old was the main talking point at half-time after several controversial decisions in the first half.

He later described the free-kick with which the Hoops opened the scoring as “Soft, I’ve got to say. But Bobby Madden has had a shocker all afternoon.”

But it didn’t end there. Sutton tweeted shortly after the full time whistle: “Celtic were poor but Bobby Madden turned in one of the worst refereeing performances I’ve seen in Scotland for a long time… and that’s saying something!!!”

Former Hearts and Hibs ace Michael Stewart agreed and insisted that the whistler had an “absolute shocker”.

He said: “Bobby Madden has had an absolute shocker.

“Seriously, some of the decisions he’s been giving there are ridiculous.”