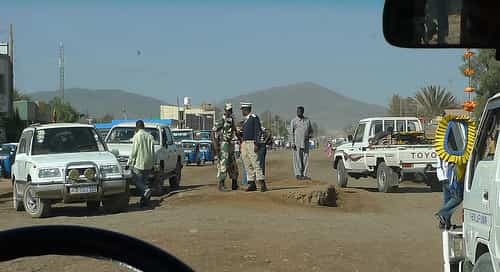 The Origin of Peace

The genesis of peace is rooted in the evolution and normal functioning of the human race. In that case, The very survival of the human society is attributable to the collaboration and positive interaction between and among its various groupings. For a Genuine Peace to flourish and last long, therefore, there Needs to abound or prevail a Healthy Political Discourse between and among the belligerents in any given context.

What Explains or elucidates Peace In the first Place?

The familiar definition of peace is the absence of war or the silence of gun fire. But its actual content is broader and deeper than that.

Peace may be posited as an essential condition in which things keep going and functioning to the extent they are bound or prescribed to happen by nature. It is an indispensable and core bedrock for the origination and sustenance of both for human and nonhuman beings altogether.

The Public Nature of Peace

When universally approached, peace is comprehended more as a unique public treasure than a simple private possession. If perceived from a macro-level standpoint, it turns out to be a key prerequisite for the very existence of a society and state.

Galtung  and his Conceptualization of Peace

Yohan galtung  is a distinguished Norwegian sociologist well noted for his seniority as the ‘ father of modern peace and conflict studies’. Following his rigorous inquiry, he has unveiled the two classic dimensions of peace as a notion: ‘negative peace’ and ‘positive peace’.

According to him, negative peace simply denotes the absence of war and violence in a given situation. Positive peace, however, presupposes the elimination of contradictory and unjust relations between and among different communities and other groups such as national oppression, domination, exploitation and social inequality prevailing in a given context.

The Position of Government Authorities in Relation to Peace

Worldwide, governments may temporarily pacify and securitize their jurisdictions by primarily using a brute force at any cost. If peace is to hold firm and long-lasting on the ground, though, it must be driven at and achieved by peaceful or nonviolent means and methods.

Peace vs. Other Essentials

In terms of Relations, peace is inextricably linked with sustainable development, without which the latter would be impracticable, to say the least . Likewise, it is aligned with the administration of criminal justice and the reign of public security when it comes to the national system of governance.

The Right of the Peoples to Live in Peace

The right of the peoples to live in peace is a fundamental right to be collectively enjoyed as a whole. It was recognized and pronounced by the UN Declaration on the Right of People to Live in Peace.

This historic declaration was adopted by the UN General Assembly Resolution No. 39/11 on November 12 1984.

The Declaration does, among others, recognize that “the maintenance of a peaceful life for peoples is the sacred duty of each State”. Its initial provision contained in Art. 1. Solemnly proclaims that “the peoples of our planet have a sacred right to live in peace”.

Art. 2. Of this soft instrument equally and correspondingly provides that “the preservation of the right of peoples to peace and the promotion of its implementation constitute a fundamental obligation of each and every state”.

In Ethiopia, we have introduced the Ministry of Peace little known elsewhere while revising our principal government structures in 2018. Paradoxically, though, the general status of our peace and security has been deteriorating by the day since we have opted for this mechanical reform in place.

As it stands now, the named ministry does not appear to diligently promote and strive for peace to the expectation of the general public or citizenry.

What a ridiculous burden added to the country’s already swelling bureaucratic constellation!

The Leadership in Charge

The present political leadership in Ethiopia vows to transform the country by bringing about prosperity in all its manifestations. But that very desire remains elusive and is a wishful rhetoric in a rather hostile and toxic atmosphere due to the conspicuous absence of peace and stability.

Obviously, where durable peace and harmony are fraught with a huge deficit, there won’t be an ideal platform for an overall national progress and prosperity no matter what effort might be exerted under the circumstances.

What Price to Pay?

Ethiopia finds itself amid adverse and volatile political terrain at the moment.

What price should the poor country pay and for whom in order to regain genuine peace and reliable security it has been deprived of and normalize itself in the wake of the senseless war and devastation it had to suffer for no legitimate cause?

humanitarian-induced trucelike the one agreed upon between the Federal Government and the terrorist TPLF Rebels on the initiation of external brokers?

Territorial concession or adjustments which the TPLF wants occur between the Amhara and Tigray Regions as per the persistent demand of the terrorist group?

Constitutional overhauling and the courageous alteration of its ethnic-based federal system?

Politics as a Mode of narrowing Differences

In its contemporary understanding, politics is an orderly mode of settling differences by gentle means other than war and military confrontation. But what we do observe in Ethiopia today on a routine basis is poisonous hatred and rife animosity sadly expressed on ethno-linguistic and religious lines.

To begin with, the nature and operation of the mainstream Ethiopian politics is not that dynamic to serve the purpose of peace. What largely characterizes or symbolizes the essence of our politics since the 1960’s and 1970’s is bitter hatred and authoritarianism usually expressed in the form of internecine warfare and mutually assured destruction.

Internecine hatred is, on its part, detrimental for an intergroup harmony in a peaceful co-existence.

The Heavy Cost of False Imagination

Ordinary Ethiopians are currently tired of being manipulated and persuaded for unrealistic heaven of peace and prosperity in a relentless leadership address.

Nevertheless, peace is not something to be preached out of false imagination of what is to come about in the future, but to be experienced in real life at the present.

Working for peace is not as easy as warming up for war.

It is not sufficient to pretentiously and repeatedly bark in the air that Ethiopia shall not be dismantled for good. Such an empty rhetoric has to be backed up by a healthy and meaningful political action.

This may best be explained by the following verse from Artist Getish Mammo’s fresh Amharic hit recently released to our appeal and formidable taste.

The song is entitled   ‘ወደኋላ’-

To our reluctance, we are witnessing the country’s accelerated disintegration as a unified nation with its sovereignty intact. There is no question that an already politically volatile nation with scores of rather hostile and polarized elites is as good as a dismantled one.

Under no circumstances could you manage to pacify a nation staggering amid internal strife while instinctually working toward its friction and gradual disintegration at the same time.

The Mixture of my fear and Hope

Had it been for the misguided appetite of our irresponsible and maddened elites, Ethiopia would have turned into a vanity to date. I have to emphasize here that it is the strong social fabric and inter-communal bondage which have existed for ages that still maintain the country in its present state.

Let me hope and only hope that Ethiopia may stand as firm and unified as ever. If it is to fall apart as some reactionaries Covet or strongly desire, however, Amhara may not be the first to either initiate the process of or join in the course of its demise.