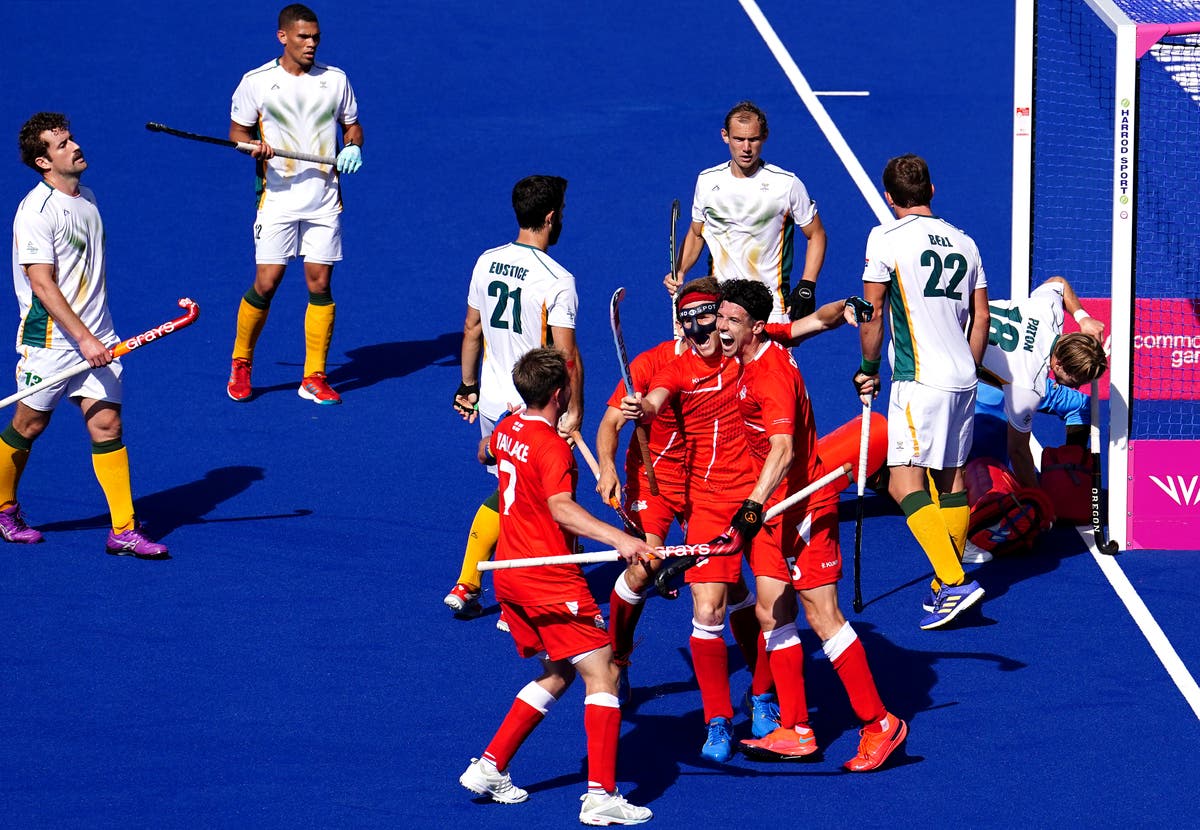 England secured men’s hockey bronze at the Commonwealth Games by beating South Africa 6-3 in a remarkable contest at the University of Birmingham.

Matthew Guise-Brown, Mustapha Cassiem and Nqobile Ntuli were on target for visitors who ran out of steam in the final two quarters.

Both sides had early chances with England goalkeeper Oliver Payne denying Ntuli and Keenan Horne, while Nicholas Bandurak and David Condon going close for the hosts.

But there was little sign of the mayhem to come with six goals scored in the second quarter.

England replied instantly when Smith squeezed his shot under the body of goalkeeper Gowan Jones.

But South Africa were back in front when Horne got to the byline and Ryan Julius set up Cassiem’s cute finish.

Again England replied immediately as Ansell created space for himself with some smart stickwork before finding the bottom corner of the goal with a firm strike.

Ward, wearing his customary face mask after suffering a horrific head injury in Tokyo Olympics qualifying, put England ahead for the first time from a penalty corner.

However, parity was restored seconds before the interval as England switched off and Ntuli pounced from close range.

The third quarter was a far more sedate affair until a powerful Condon burst left South African defenders trailing in his wake, although England were unable to finish it off with a goal.

Payne saved from Julius at his near post and England were back in front when Roper ended a goalmouth scramble by smashing home a loose ball that had bounced up in front of him.

Chris Griffiths missed a gilt-edged chance to extend the lead, but Roper claimed his sixth goal of the Games from a matter of inches after Ward’s shot had squirted past Jones.

South Africa chose to withdraw Jones and play an extra outfield player for the final five minutes, but the ploy backfired as a Wallace wrapped up victory and add bronze to the gold won by England’s women on Sunday.