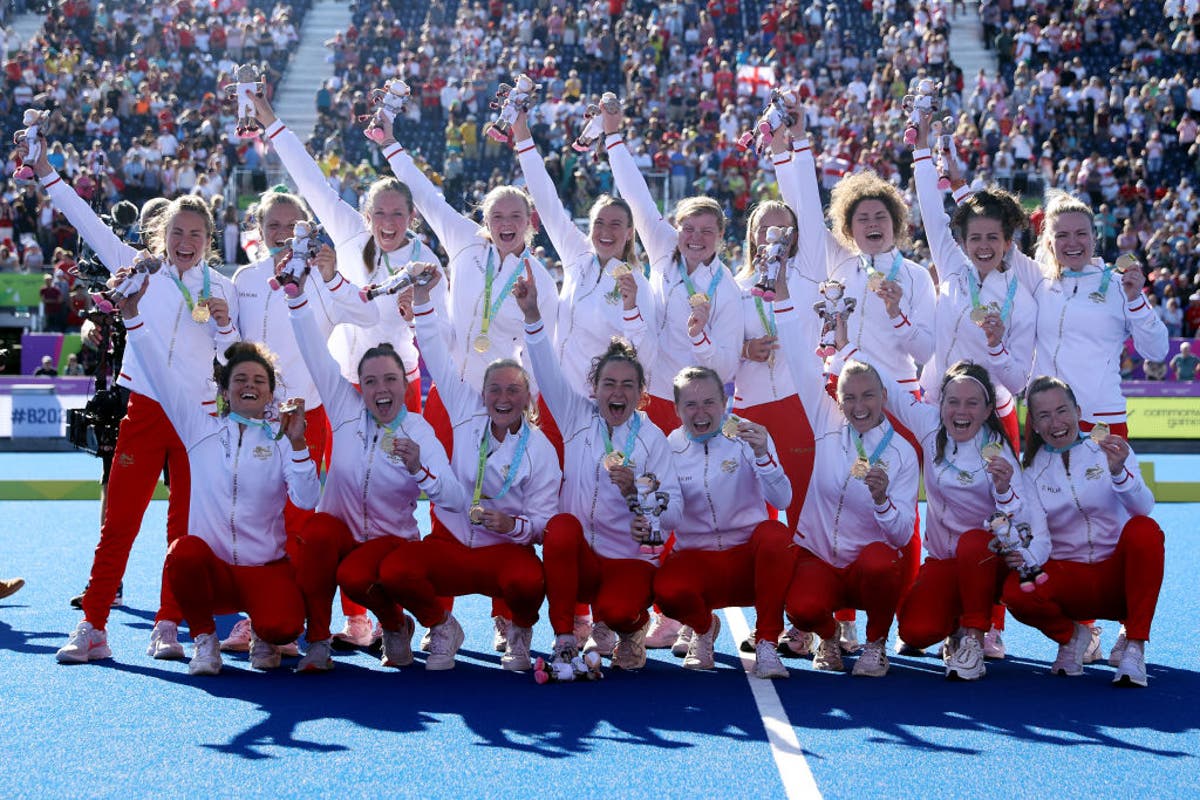 It was a masterful performance gilded by first-half strikes from Holly Hunt and Tess Howard that secured a 2-1 victory.

Captain Hollie Pearne-Webb said: “I’m absolutely thrilled. We knew we had the potential to do it as a squad.

“We’ve not been together too long but we’ve been building and learning our identity. This has never been achieved by an England hockey team before, so it’s just so special.

“I’m so fortunate that these Games have fallen within my career and my lifetime.”

Before this golden afternoon England stood on the podium in all six Commonwealth tournaments but never on top step.

They have come as close as it’s possible to come without winning Commonwealth gold, hearts broken by a last-minute Australia goal with 70 seconds to go at Glasgow 2014.

But there was no flicker of late nerves or pang of heartache to be found, an unfamiliar feeling for a towering English sporting triumph.

Maddie Hinch saved the host nation in the semi-final shootout against New Zealand but was a mere spectator here.

She said: “I had a couple of things to do, and they can be harder, those games. I’m happy to stand there and do absolutely nothing as long as we win!”

Kate Richardson-Walsh summed it up: “What a disciplined, mature performance that was. They clawed their way through, tactically they worked it out and mentally they got right too.

Neither side imposed themselves in a nervy first quarter where Australia flashed the ball across goal and England failed to capitalise on a string of penalty corners.

Flora Peel threatened with early raids into enemy territory, and she burst down the right to feed Hunt, who trapped the ball perfectly and cracked her shot past Aleisha Power in goal.

England doubled the lead four minutes later with Peel again playing provider for Howard to deftly deflect into the roof of the net.

The women will have been wary of the two-goal lead that their male counterparts let slip in their own semi-final against Australia.

But there was no visible sign of stress in the England ranks and they sought to build on the advantage with Anna Toman’s penalty corner slap smacking the inside of the right-hand post.

Hinch, a spectator for the first 45 minutes, was first called into action seconds into the fourth quarter when she kick-saved Jane Claxton’s close-range snapshot.

White-line fever began to creep in but as always Hinch had the coolest head in the postcode, saving first at the near post and then smothering a well-worked Australian penalty corner.

Just like eight years ago Australia struck in the last minute as Rosie Malone swept home the loose ball from a corner, the second goal England conceded in the entire tournament, but it was too little, too late.

Howard’s was a redemptive strike, coming after a year of rehab hell and an ACL injury that ruled her out of an Olympic debut.

She said: “I didn’t think that a gold medal would be the dream, but it was always the dream for me in rehab

“Every hamstring bridge, every single-leg jump, trying to get my knee back working, and the last few months have been an absolute whirlwind, and to stand here with a gold medal is a dream come true.”

National Lottery players raise more than £30million a week for good causes including vital funding into sport – from grassroots to elite. Find out how your numbers make amazing happen at: www.lotterygoodcauses.org.uk and get involved by using the hashtag: #TNLAthletes.