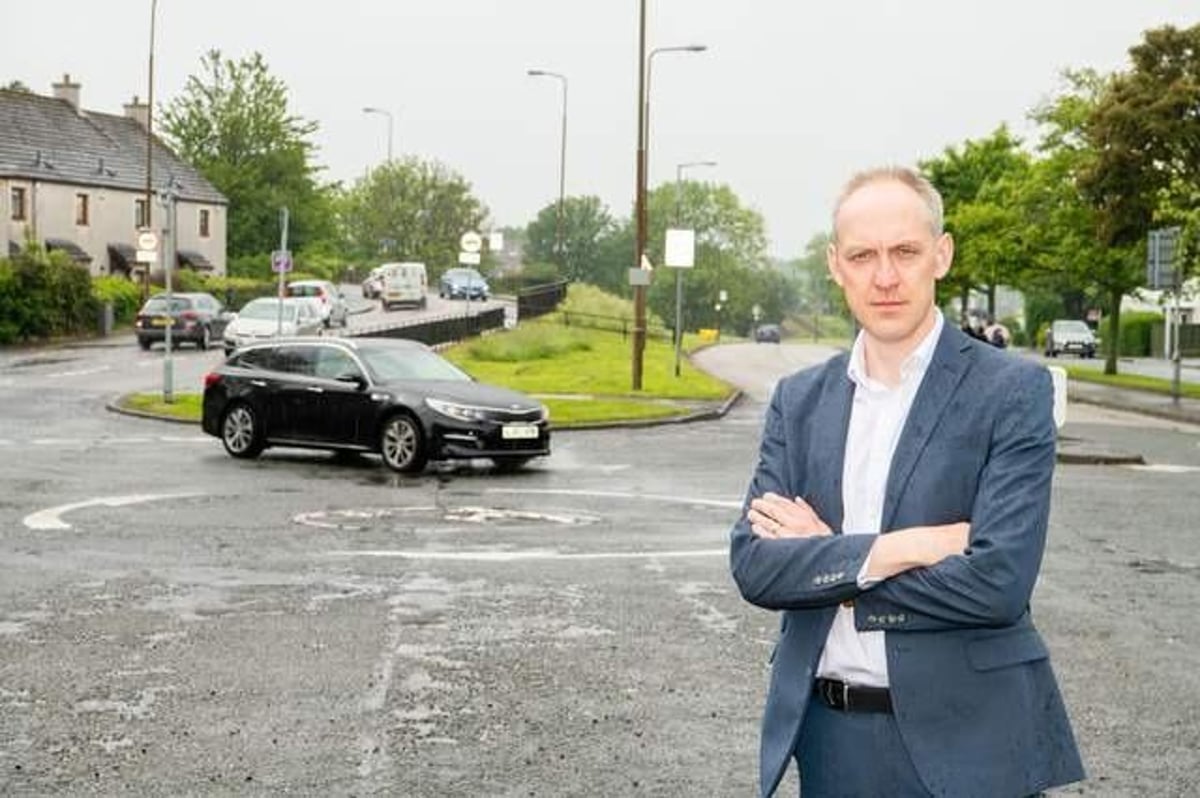 Leader of Liberal Democrat group Kevin Lang told the Evening News he was left distressed and had ‘become more angry as the day went on’ after the attack on Sunday, which he said was the first time he has been physically assaulted.

Mr Lang said the man marched up to him with a copy of his newsletter while shouting ‘don’t f***ing put this s*** through my door again’.

Following the attack, Mr Lang has urged politicians of all parties to ‘call out’ aggression and abuse towards community figures, saying he fears it could become worse and risks putting many off standing for election.

Kevin Lang has reported the attack to the Police

He wrote on Twitter: “I’ve been doing politics a long time so I’m used to shouty, angry people but today is the first time I’ve ever been physically assaulted.

“No matter what divides us, this kind of intimidation and abuse of people you disagree with has no place in a free and democratic society.”

But he stated that he wouldn’t allow the attack to intimidate him or stop him from doing his job.

Mr Lang said: “I had put a leaflet through this chap’s door and was working my way back down the other side of the street when I saw him standing there on the pavement. It must have been about fifteen minutes later.

“He was clearly waiting for me and that was very troubling. He marched over to me shouting profanities and I tried to walk away. He put his hand up round my throat, scrunched the leaflet up and put it down my shirt. There was no provocation. It all happened so quickly.

“I’ve been in politics twenty years and you get used to verbal insults. You develop a thick skin. But this is totally unacceptable behaviour. I’m simply out doing the job I’ve been elected to do and keeping in touch with my constituents. It was terrifying but I’m not going to let anyone intimidate me from doing my work. And it’s so unrepresentative of this local community.”

He added that he had already altered his behaviour online due to the levels of abuse he received as a politician.

“I spend less time on social media platforms now because of the sheer volume of abuse,” he said.

“It’s depressing and constant. It all needs to be toned down or there’s a risk this type of situation will become more frequent. We live in very divided political times but it’s so important that all politicians call out this absurd behaviour to stop abuse escalating and putting people off. We need all kinds of people to be in politics.”

Many residents and politicians responded to Mr Lang’s tweet, with Edinburgh council leader Cammy Day having shown his support.

He said: “Kevin. Hope you are okay. That’s totally unacceptable”.

Labour councillor Stephen Jenkinson added: “I’m glad you are okay and I hope the police take this very seriously indeed. None of us should fear physical assault when doing our job.”

A Police Scotland spokesperson said: “We were made aware of an assault on a man in South Queensferry which happened around 11.10am on Sunday, August 7.

“Enquiries are ongoing to establish the full circumstances.”