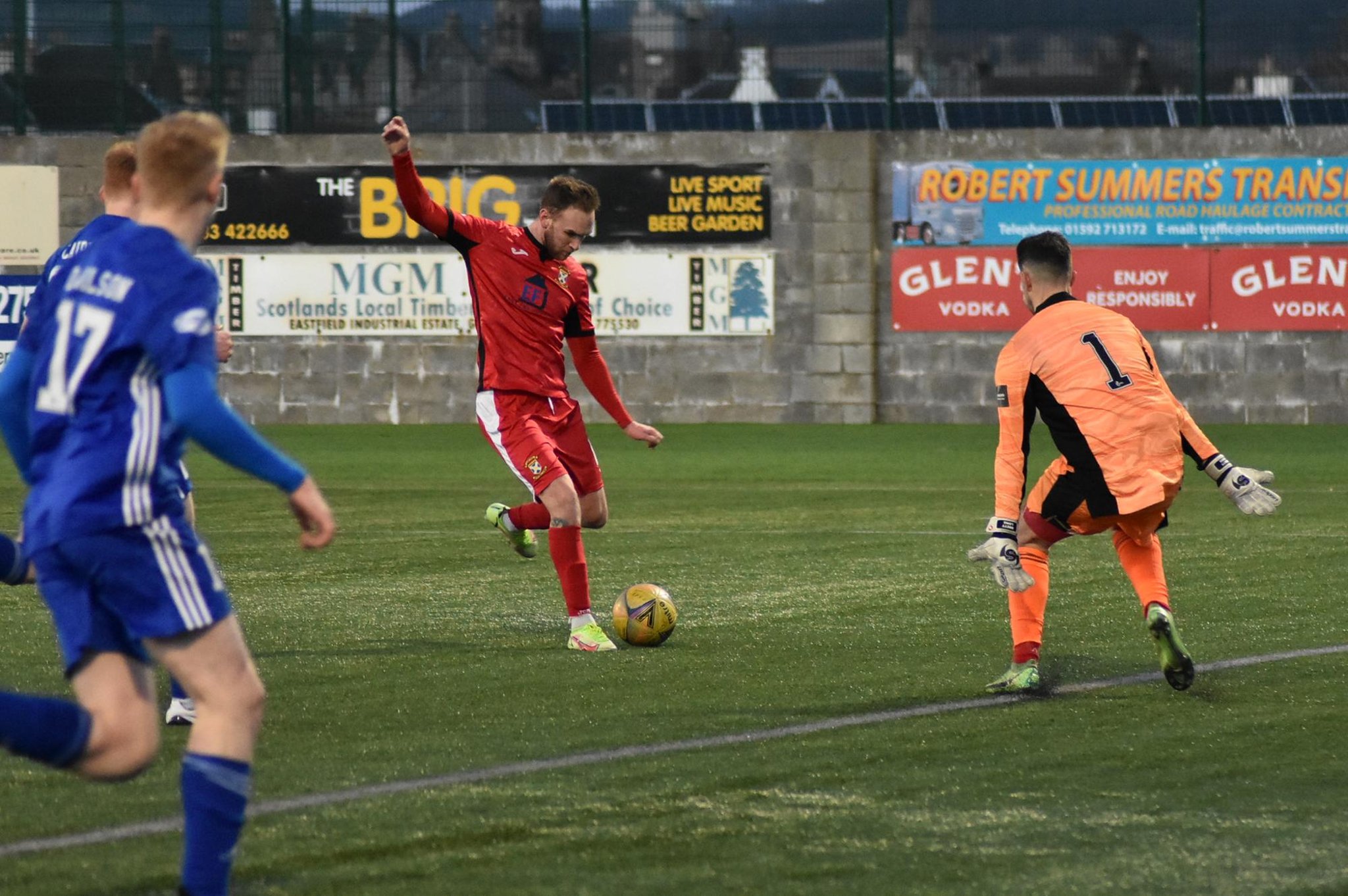 Sadly, though, nothing was really made up either apart from Alloa being pulled a little bit closer to them.

A home game against Peterhead would have been identified as a reasonable chance for the Fifers to take three points and cut the gap at the bottom of League One.

But there was a sense of frustration at the end of a 90 minutes in which East Fife passed up several chances to open the scoring.

Scott Mercer passed up a late chance to win the game. Pic by Kenny Mackay

Peterhead had chances of their own, though, the best coming from the penalty spot.

East Fife’s preparations took a dent before the game kicked off with goalkeeper Scott Gallacher suffering an injury in the warm-up.

Liam Campbell was handed the gloves and took the challenge in his stride.

With Storm Malik causing havoc across Scotland, the east coast of the country seemed to suffer the worst of it.

Bayview struggled under the strong winds, particularly during the first 45 minutes.

Aaron Steele had a sight of goal but chances were really at a premium.

Out of nowhere the visitors were handed the ideal opportunity to get their noses in front when Chris Higgins hauled down Russell McLean.

There were no arguments in the East Fife ranks and McLean stepped up himself to take the kick.

But Campbell was equal to it and got down well to his left to deny the Blue Toon.

If Stevie Crawford is looking for positives to take from the game then the clean sheet is one and the amount of chances created could be another.

His players got themselves into good positions but lacked a killer touch.

It was largely one way traffic in the second-half with East Fife on top.

The frustration lies in the fact that, for all the openings created, Long’s goal wasn’t breached.

Scott Mercer had an excellent chance to make it 1-0 with the final chance falling the way of Aaron Dunsmore who lashed wide.

Boss Crawford said: “We dug in in the first half, playing against the wind, and in the second-half it became about second balls and playing on the front foot.

“We created enough chances to win the game of football and the positive is that we kept a clean sheet.

“We have to stay together and take that into next week now.”