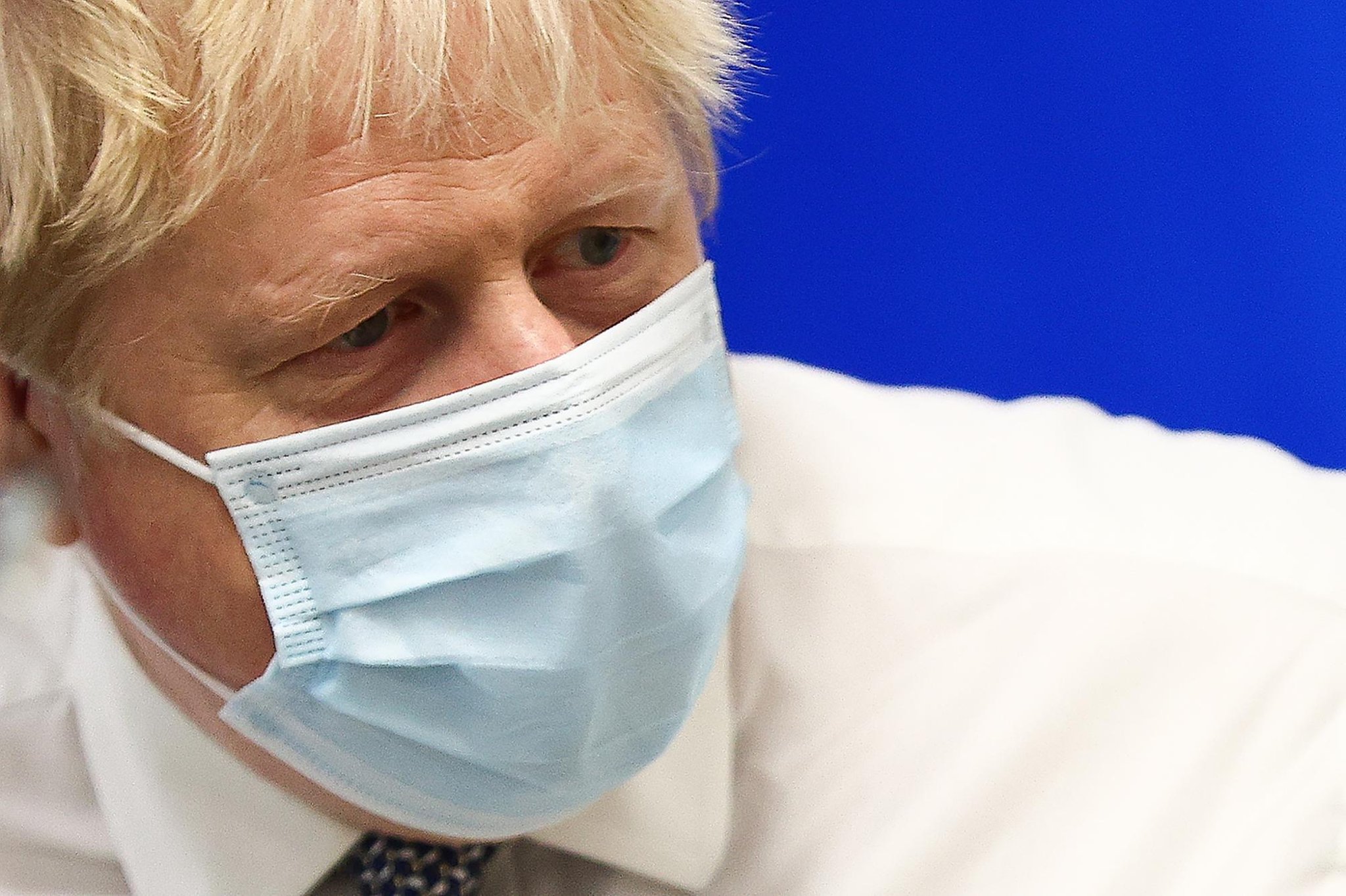 Mr Johnson signalled he was willing to speak to police after Commissioner Cressida Dick confirmed the force was looking into “potential breaches of Covid-19 regulations” in Downing Street and Whitehall since 2020.

Ms Gray’s report could be handed to the Prime Minister as soon as Tuesday evening, with Mr Johnson having the final say over when the document will be published.

Downing Street had initially claimed the report would not be published while the Met Police investigation continued, sparking a furious response from opposition parties who called for full details to be released immediately.

But after it emerged Scotland Yard had not objected to any publication, No.10 said it was not trying to block the report and said Ms Gray’s team were in talks over “what may or may not be published”.

The Scotsman understands Mr Johnson could give the green light to publish details from the report as early as Wednesday morning, before he faces off with Sir Keir Starmer at Prime Minister’s Questions.

The Prime Minister’s official spokesman said: “There are discussions still ongoing between the investigations team and the police.

“I am not privy to those discussions, as I think you’ll appreciate.

“That still needs to be worked through, both in relation to what may or may not be published and the ongoing work of both the police and the [Gray] investigation.”

The spokesman said that “anyone asked to will co-operate fully” when asked if Mr Johnson is willing to be interviewed by officers.

Pressed on whether the Prime Minister thinks he has not broken the law, the spokesman said: “I need to be cautious about what I say but I think that’s fair to say that he does not.”

It came on a day where the Prime Minister blindsided his Cabinet by declining to tell them the investigation was happening.

Asked why Cabinet ministers were not told about the police investigation, the Prime Minister’s official spokesman said: “From what I understand it’s important not to pre-empt a police statement on this sort of issue at any point.

“That was the judgement the Prime Minister made. It was at that stage unclear exactly at what point the Met would make that statement and obviously the Prime Minister will continue to discuss any relevant issues with his Cabinet.”

Dame Cressida confirmed a criminal investigation had begun and said the process was launched after the Cabinet Office inquiry team, led by Ms Gray, passed information to the force.

Speaking to London Assembly’s police and crime committee, Dame Cressida said: “We have a long-established and effective working relationship with the Cabinet Office, who have an investigative capability.

“As you well know they have been carrying out an investigation over the last few weeks.

“What I can tell you this morning is that as a result of the information provided by the Cabinet Office inquiry team and, secondly, my officers’ own assessment, I can confirm that the Met is now investigating a number of events that took place at Downing Street and Whitehall in the last two years in relation to potential breaches of Covid-19 regulations.”

Dame Cressida defended her force’s approach to the allegations surrounding alleged breaches of coronavirus laws in No.10 and Whitehall.

She said: “We police without fear or favour. We police impartially and we police in an operationally independent manner.

“And I have always done that and I will always do that impartially.”

Dame Cressida said she understood the “deep public concern” about the allegations in the media about the parties.

Asked whether any officers had expressed concern about the parties, Dame Cressida said the police officers on site at Downing Street concentrate on “protective security”.

She said: “There are a number of officers posted in the surrounds of Downing Street and indeed what we call generally the government security zone.

“They have a very clear role and that is protective security. You’ll be aware that the ones you see are all armed, and they have a job to do.

“In relation to anything they may have seen or heard, or done or not done, again I’m afraid I’m not prepared to comment.

“But I can assure you that we are carrying out our investigations and if that is a relevant matter, we will find out about that.”

Deputy Assistant Commissioner Jane Connors, the Met’s Covid-19 lead, will oversee the investigation being carried out by the special inquiry team, which works on sensitive and confidential work involving high-profile subjects and offences by those in public office.

Speaking in the Commons, Mr Johnson told MPs information was being “continuously” shared with the Metropolitan Police.

He told MPs: “A few weeks ago I commissioned an independent inquiry into a series of events in Downing Street, in the Cabinet Office as well as some other Whitehall departments that may have constituted potential breaches of the Covid regulations.

“I welcome the Met’s decision to conduct its own investigation because I believe this will help to give the public the clarity it needs and help to draw a line under matters.”

He said: “The Prime Minister has admitted he broke the rules, he has lied to Parliament, and he is now being investigated by the Metropolitan Police.

“Tory MPs must finally do the decent thing and remove him from office. If they fail to act, they will destroy any last remnants of public trust in this arrogant and out-of-touch Tory Government.

“People in Scotland are looking on in horror at the sleaze and corruption that has engulfed Westminster.”

She said: “With Boris Johnson‘ s Downing Street now under police investigation, how on earth can he think he can stay on as Prime Minister?

“Millions of people are struggling to pay the bills, but Boris Johnson and his Government are too wrapped up in scandal to do anything about it.

“Boris Johnson is a national distraction. Conservative MPs should stop propping him up and he should finally do the decent thing and resign.”

The police investigation was announced after Downing Street was forced to admit on Monday that Mr Johnson had a birthday celebration inside No.10 during the first lockdown.

Downing Street conceded staff “gathered briefly” in the Cabinet Room following a meeting, after it was alleged 30 people attended and shared cake despite social mixing indoors being banned.

MPs raised concerns about political interference in the Gray report release after Government sources originally briefed the police action would prevent the original report being published.

Lib Dem MP Alistair Carmichael said: “In the hours since the Metropolitan Police announced that they would belatedly begin an investigation into the Downing Street parties, there appeared to be an attempt by No.10 to assert that this police enquiry would be a block on Sue Gray’s report being released.

“Any decision on the publication of the Sue Gray report should be a matter for her team and, if necessary, Parliament – not the prerogative of the Prime Minister she is investigating.

“We cannot simply wait for months on end for the police investigation to conclude in order to get the basic facts of the Johnson parties set out in black and white.”

The SNP’s Westminster depute leader Kristen Oswald warned the report could not be “kicked into the long grass”.

She said: “There is nothing stopping Ms Gray’s report from being published as planned, given that the Metropolitan Police has not raised any objections.

“Any attempts to block or delay publication of the report is just another pitiful attempt from a Prime Minister who knows his days in office are numbered.”