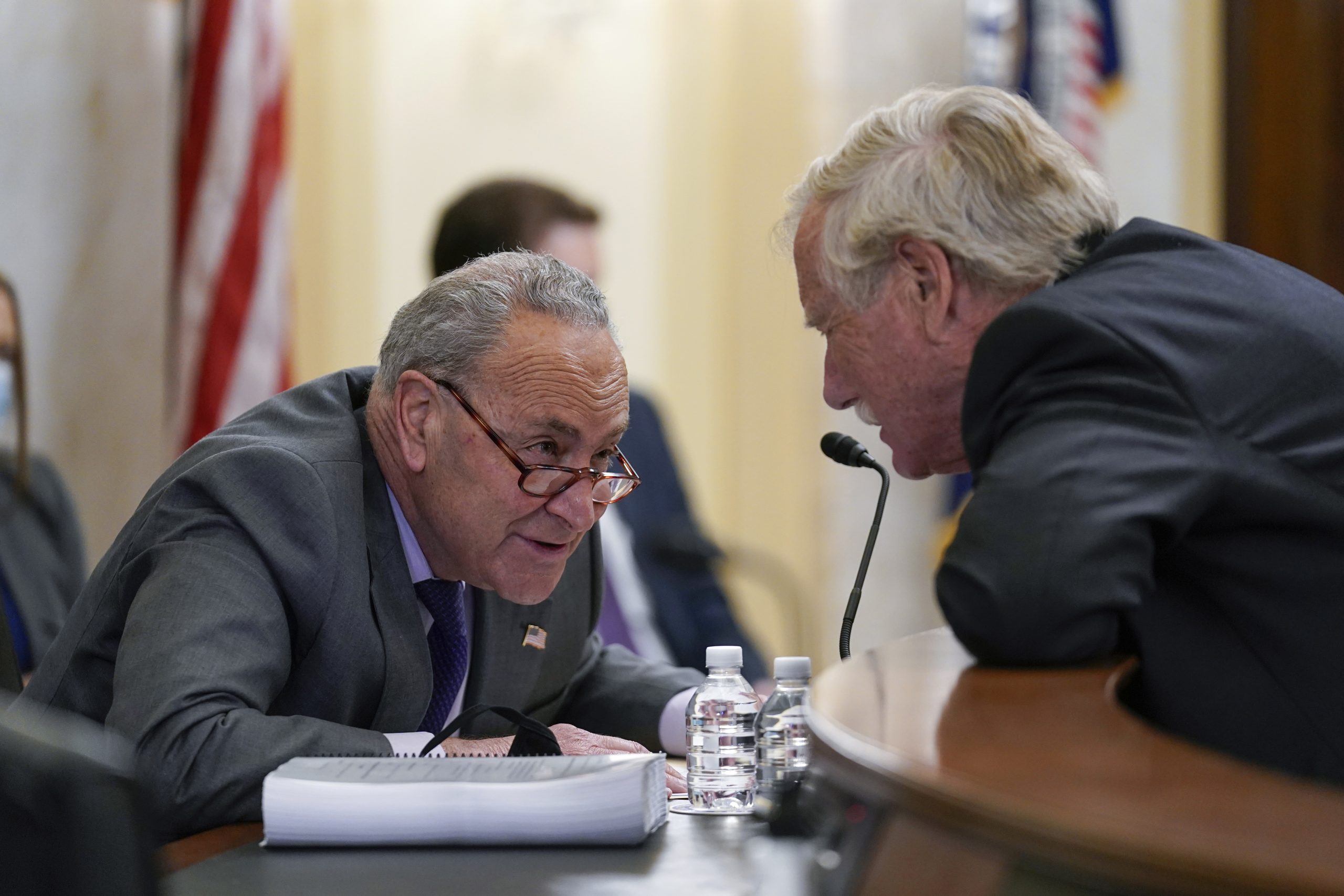 WASHINGTON — Senate Democrats face a key vote Saturday to advance their long-delayed health care, tax and climate bill following months of back and forth on whether the party would be able to pass major legislation addressing some of their progressive priorities before the midterm election.

Senate Majority Leader Chuck Schumer, D-New York, said he expects to have support from all 50 Democratic caucus members, including independent Angus King of Maine, for a procedural vote to start formal debate on the bill. The vote is expected to take place Saturday afternoon.

Democrats are passing the bill using a special parliamentary procedure called reconciliation that doesn’t allow for a Republican filibuster. As long as all Democrats support the bill — and Vice President Kamala Harris is available to break a tie — it will be approved.

“We’re feeling pretty good,” Schumer said Friday. “For years, many in Washington have promised to tackle some of the biggest problems facing our nation, only to fall short.”

The bill would allow the federal government to begin to negotiate drug prices in Medicare and would create incentives and grants to combat the climate crisis, two priorities that Democrats are hoping to run on this fall. It would mark a substantial change in the way Medicare pays for prescription drugs and serve as Congress’ first major step to address climate change.

For congressional Democrats and President Joe Biden, it would mark a sorely needed legislative bright spot. Democrats have been scrambling in recent days to tie up the negotiations.

Because Democrats are enacting the bill through reconciliation, it has to be reviewed by a nonpartisan Senate official to confirm all elements of the bill comply with Senate rules. That process has been underway for days and was largely finished by midday Saturday.

While Democrats were able to keep most of their bill intact through that process, they had to change the way a cap on rising drug prices will be calculated. It is also unclear whether a $35 cap on copays for insulin will make it through the process.

At some point after Saturday’s vote, lawmakers will begin a lengthy series of votes on amendments to the bill, dubbed a “vote-a-rama.” Under the reconciliation process, the minority party can offer unlimited amendments, and it typically takes the opportunity to propose politically contentious ideas designed to block the bill or, at minimum, force the majority to take politically unfavorable votes.

Sen. Lindsey Graham, R-S.C., said the process will be “like hell” and Democrats “deserve this.” Republicans argue the bill will make inflation worse.

“I’m hoping that we can come up with proposals that will make sense to a few of them and they’ll abandon this jihad they’re on,” he said Friday.

But if Democrats are able to stick together through the amendment series, they hope to give final passage to the bill as early as Sunday morning.

Declared dead several times over the past year, the Democrats’ sweeping legislation was resurrected following secret talks between Schumer and Sen. Joe Manchin III, D-W.Va., the most conservative Senate Democrat.

The bill, the Inflation Reduction Act, is much smaller than the original $3.5 trillion Build Back Better plan, which contained a slew of progressive policies like universal pre-K and child care that Manchin said in December he would not support.

Once Manchin and Schumer cut a deal on a plan, attention turned to another frequent outlier in the Democratic ranks, Sen. Kyrsten Sinema of Arizona.

She axed the bill’s tightening of a carried interest tax loophole that will benefit high-income investors and is expected to add new funding to combat drought, although those details are still undefined.

House leaders plan to bring members of that chamber back to Washington on Friday to vote on the bill. If approved, it would go to Biden’s desk for his signature.

Story by Jennifer Haberkorn of the Los Angeles Times.