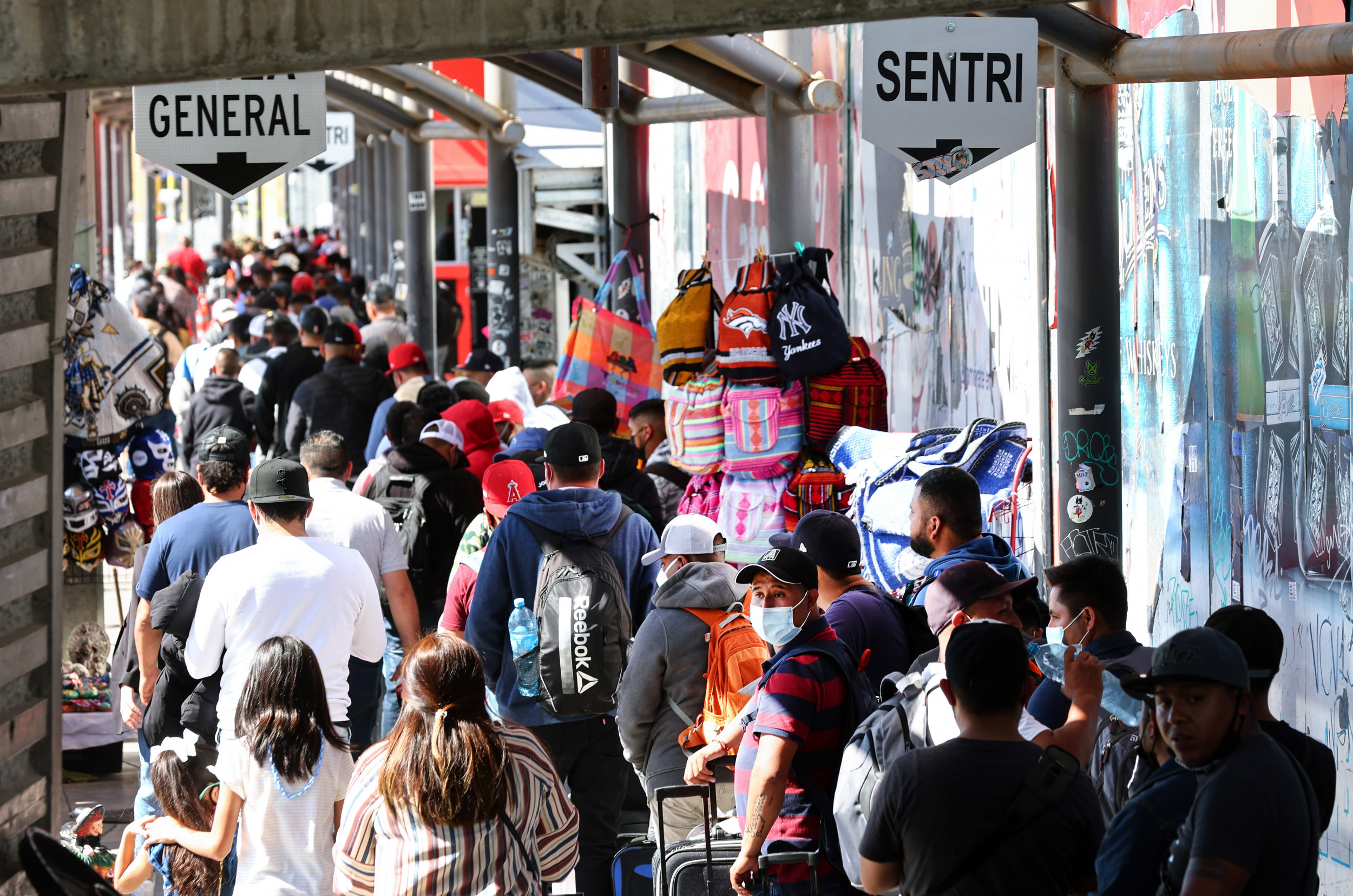 “Unless we have a well-thought-out plan, I think it is something that should be revisited and perhaps delayed,” the Michigan Democrat said Monday, according to Politico. “I’m going to defer judgment on that until I give the administration opportunity to fully articulate what that plan is. I share the concerns of some of my colleagues.”

Peters joins a growing chorus of Democrats with doubts about ending Title 42, a policy implemented under Donald Trump to restrict immigration during the pandemic. Title 42 has allowed U.S. Customs and Border Protection to turn away migrants at the border to prevent the spread of the coronavirus. The U.S. Centers for Disease Control and Prevention recently announced that the rule would be suspended on May 23—a move the White House has admitted will likely lead to an influx of people at the southern border.

A recent poll found President Joe Biden is drawing voter opposition over ending the rule. A majority of registered voters, 56 percent, said they opposed the decision.

Lawmakers from both sides of the aisle have proposed legislation to block the administration from making changes to Title 42 until it offers a detailed plan for how to handle a potential migrant surge.

Some Republican-led states have sued the administration over ending the policy. Texas Governor Greg Abbott has already made good on his pledge to send buses of migrants to Washington, D.C., in response to the ending of Title 42.

Peters told reporters Monday that he plans to schedule a hearing in the Senate’s Homeland Security and Governmental Affairs Committee on the issue. Republicans requested such a forum earlier this month, telling Peters that Biden officials “must explain to the American people the rationale for their decisions, and what their plans are to deal with the consequences of their actions.”

The White House has repeatedly referred to Title 42 as a “public health measure,” not an immigration policy. Press secretary Jen Psaki last week accused Republicans of politicizing the issue instead of working with the administration on immigration reform.

On Monday, Psaki pointed to the statements by the Department of Homeland Security (DHS) when asked about Democrats’ criticism that the administration lacks a plan to deal with the aftermath of ending Title 42.

She said DHS “did put out a preparedness plan at the time, but we’re going to have continuing conversations, and we certainly welcome any engagement to do that.”

Homeland Security Secretary Alejandro Mayorkas has said his agency will make adjustments to prepare for changes after Title 42 ends.

“We are increasing our capacity to process new arrivals, evaluate asylum requests, and quickly remove those who do not qualify for protection,” Mayorkas said in a statement on April 1. “We will increase personnel and resources as needed and have already redeployed more than 600 law enforcement officers to the border.”

Newsweek reached out to the White House for comment on the ending of Title 42.